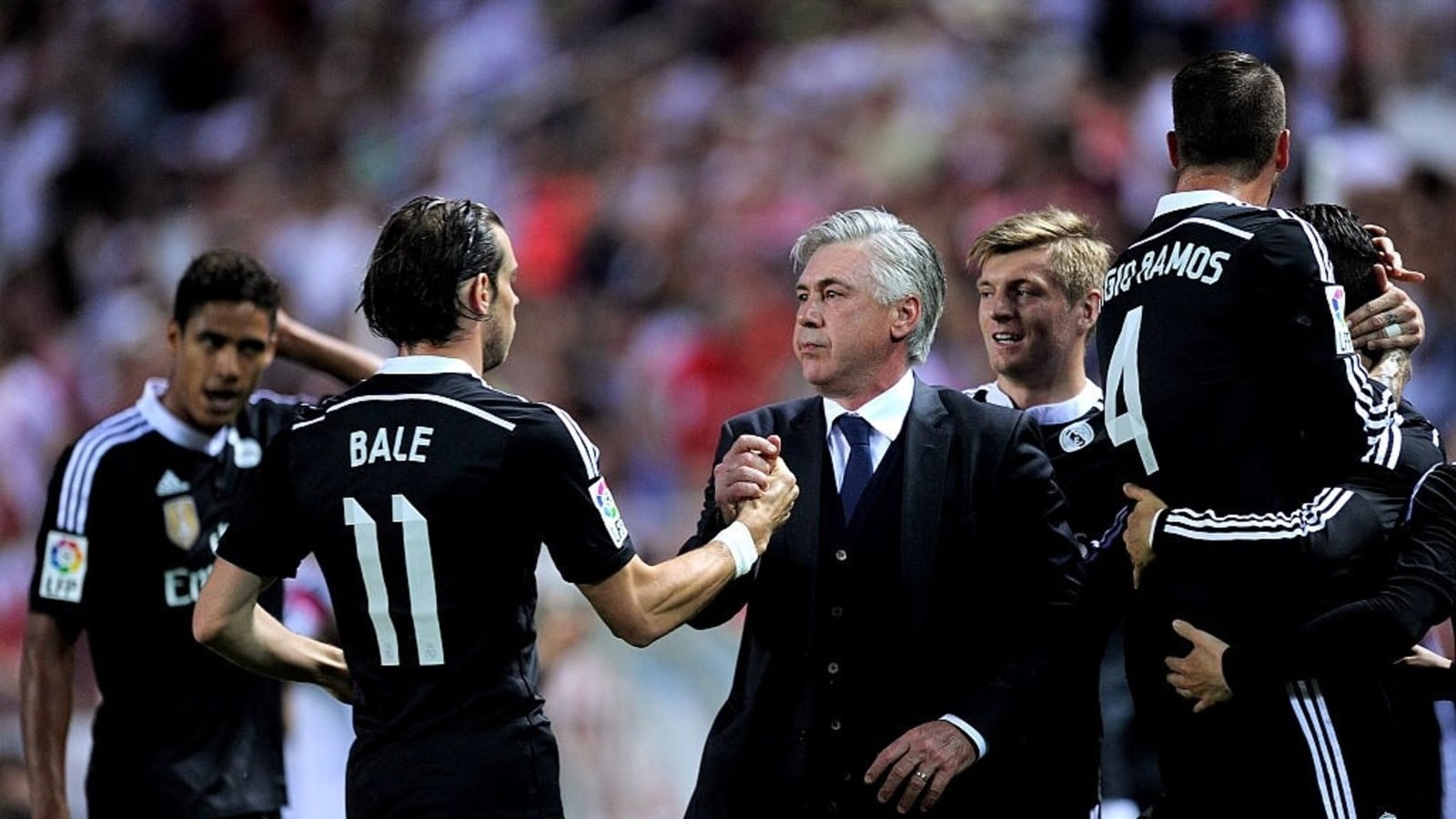 Bale to discuss Real Madrid future with Ancelotti after Euro 2020

Wales forward Gareth Bale has said he expects to discuss his future at Spanish giants Real Madrid with the team’s new manager Carlo Ancelotti after Euro 2020 starts this month.

Bale is supposed to return to Madrid following a season-long loan spell at English Premier League side Tottenham Hotspur but with one year left on his contract at the La Liga team, media speculation about his future has increased in recent weeks.

Ancelotti, who left Everton this week and returned to Madrid for a second spell as coach, was in charge when they signed Bale in 2013 and enjoys a good relationship with the 31-year-old.

“I know Carlo’s returned and I get on with him really well, and I’m not denying that, but I’m just concentrating on now,” Bale told Sky Sports.

Bale won the first of his four Champions League titles under Italian Ancelotti in 2014 and described the manager as a “great guy.”

“We had a great time together at Real, I’m sure he’s going to be amazing in charge there,” Bale added. “I spoke to him when we played Everton at the start of the season, we hugged and had a little chat which was nice.

“But I’m still in the same boat and haven’t thought about it too much. I’m concentrated on our preparation and what’s going to happen in the Euros. I’ll sort the rest of it after.”

Wales, who take on Albania in a friendly later on Saturday, begin their Euro 2020 campaign against Switzerland on June 12.

Loading...
Denial of responsibility! TechiLive.in is an automatic aggregator around the global media. All the content are available free on Internet. We have just arranged it in one platform for educational purpose only. In each content, the hyperlink to the primary source is specified. All trademarks belong to their rightful owners, all materials to their authors. If you are the owner of the content and do not want us to publish your materials on our website, please contact us by email – [email protected]. The content will be deleted within 24 hours.
AncelottiBalecarlo ancelottiDiscussEuroEuro 2020FutureGareth Bale
0
Share