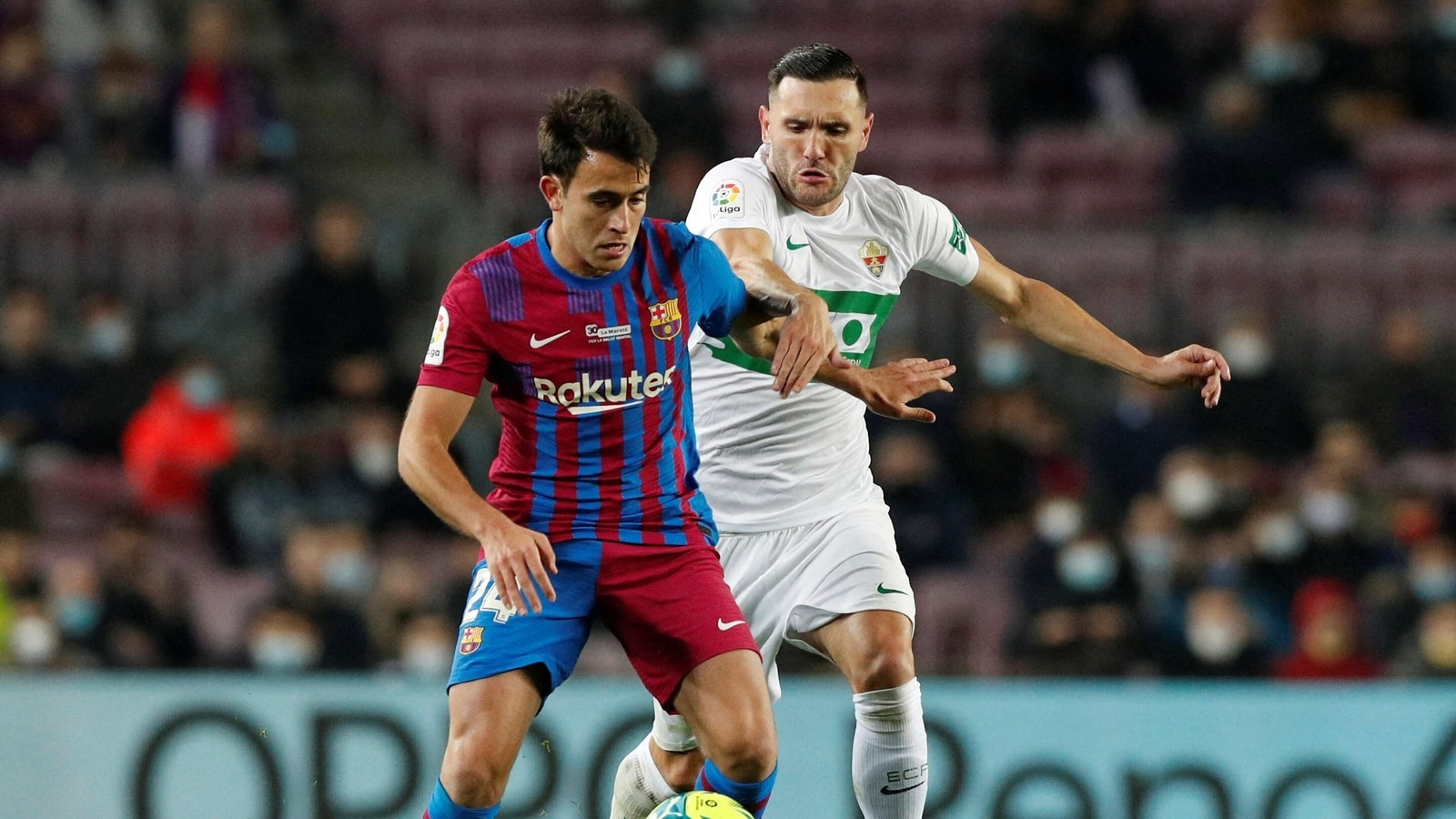 The Barca defender left the field after 54 minutes of the game in Granada on Saturday, being replaced by Clement Lenglet.

FC Barcelona center-back Eric Garcia is out for around five weeks after a right hamstring injury, the La Liga club confirmed on Sunday.

“Tests carried out on Eric Garcia this morning confirmed a right hamstring injury. He is likely to be sidelined for around five weeks,” FC Barcelona in a statement said.

The Barca defender left the field after 54 minutes of the game in Granada on Saturday, being replaced by Clement Lenglet. Barca dropped their first points of 2022 after drawing 1-1 in Granada. The Catalans were excellent value for their 1-0 lead on the hour mark but failed to kill off the game.

Then Gavi’s sending off with ten minutes to go breathed new life into the home side, and their late charge produced an equaliser that means what really should have been three points ended up being just the one.

Instead, the Andalusians are able to celebrate a record third consecutive league game without defeat to FC Barcelona, having also drawn 1-1 at Camp Nou earlier this season and won 2-1 at the same stadium in April.

The outcome is that Barca have dropped to sixth following Real Sociedad’s victory earlier in the day and pending what Rayo Vallecano do against Betis on Sunday.

Denial of responsibility! TechiLive.in is an automatic aggregator around the global media. All the content are available free on Internet. We have just arranged it in one platform for educational purpose only. In each content, the hyperlink to the primary source is specified. All trademarks belong to their rightful owners, all materials to their authors. If you are the owner of the content and do not want us to publish your materials on our website, please contact us by email – [email protected]. The content will be deleted within 24 hours.
BarcelonaBarcelona Eric GarciaDefenderEriceric garciaEric Garcia newGarciaGarcia news
Share