Notice: amp_is_available was called incorrectly. `amp_is_available()` (or `amp_is_request()`, formerly `is_amp_endpoint()`) was called too early and so it will not work properly. WordPress is currently doing the `pre_get_posts` hook. Calling this function before the `wp` action means it will not have access to `WP_Query` and the queried object to determine if it is an AMP response, thus neither the `amp_skip_post()` filter nor the AMP enabled toggle will be considered. It appears the theme with slug `publisher` is responsible; please contact the author. Please see Debugging in WordPress for more information. (This message was added in version 2.0.0.) in /home/runcloud/webapps/techilive/wp-includes/functions.php on line 5313
 BCCI decides to hold remainder of IPL 2021 in UAE, cites monsoon as primary reason - TechiLive.in 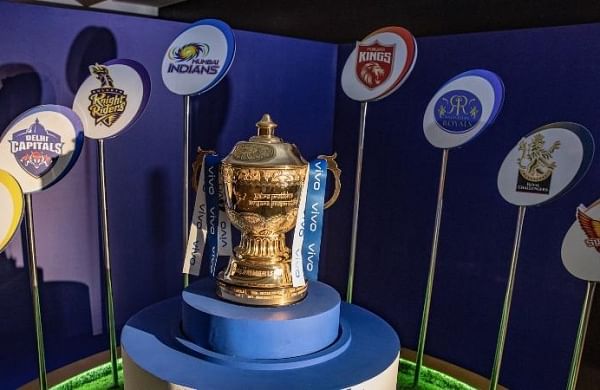 The Board of Control for Cricket in India (BCCI) in its special general meeting on Saturday has decided to host the remaining 31 matches of the suspended IPL 2021 in the UAE. Interestingly, the BCCI has cited the monsoon as the primary reason for shifting abroad after it failed to finish the tournament at home in the wake of several COVID-19 cases in the IPL.

The tournament will likely begin on September 19 or 20 with the BCCI still working out the final details. The BCCI also has to get necessary permission from the UAE government and with its borders shut for Indians, things haven’t moved as fast as it expected. The BCCI is keen on sending a couple of executives to the Gulf, but with air travel suspended between the two countries, the board is understood to be awaiting clearance from the respective authorities.

At the meeting held virtually, while all of them unanimously agreed to resume the IPL, several seem to have raised the availablity of overseas players too. As things stand only South Africa and West Indies players are guaranteed to participate. The England and Wales Cricket Board has made it clear that even if it chooses to rest key players, it won’t be releasing them for the IPL. With the T20 World Cup slotted to begin mid-October, it remains to be seen if Cricket Australia and New Zealand Cricket release their players.

The decision of the England board will not only take the gloss off the IPL, but leaves several teams weak. Chennai Super Kings, Rajasthan Royals, Kolkata Knight Riders, Delhi Capitals, Sunrisers Hyderabad and Punjab Kings have at least one English player in their regular XI. CSK and RR will be the most affected as their English imports have played a crucial role so far in the season.

These concerns are paramount to the franchises as it could severely dent their chances. However, the BCCI under no circumstances will play hardball with the other boards to release their players. “We can’t force anyone to participate because this is not a designated window. But the show must go on and under no circumstances will it not resume. Teams will be given alternate options,” a board official said.

With regards to the UAE, the BCCI has already held discussions with the Emirates Cricket Board and there are indications that the two boards will sign an MoU soon.

With regards to hosting the T20 World Cup in India, the BCCI will seek a month’s extension to decide on the venue. The BCCI wants the ICC to take the decision by July end with the UAE already being marked as a backup.

Meanwhile, with regards to the compensation package for domestic cricket stakeholders, the Haryana Cricket Association is understood to have raised the issue at the meeting. But since it was not part of the agenda, the BCCI has said it will be discussed in a separate meeting.

Denial of responsibility! TechiLive.in is an automatic aggregator around the global media. All the content are available free on Internet. We have just arranged it in one platform for educational purpose only. In each content, the hyperlink to the primary source is specified. All trademarks belong to their rightful owners, all materials to their authors. If you are the owner of the content and do not want us to publish your materials on our website, please contact us by email – admin@techilive.in. The content will be deleted within 24 hours.
BCCIcitesdecidesHoldiplipl 2021Monsoonnews update
0
Share

Norah O’Donnell Reflects on a News Year Like No Other

Lakers’ Wesley Matthews is ready for a larger role if needed