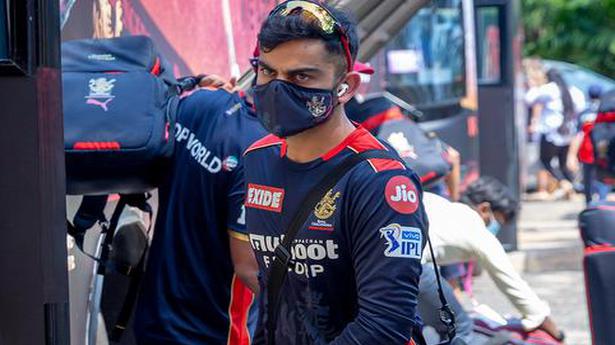 IPL officials have reiterated their commitment to ensuring that all the stakeholders of the event return home safely.

“The BCCI will do everything in its powers to arrange for the secure and safe passage of all the participants in IPL 2021,” said the IPL release that announced the suspension of the tournament on Tuesday.

It was the second time in as many weeks that the IPL made such a promise. Last week, after five players had left their respective biosecure bubbles, IPL chief executive Hemang Amin had expressed similar sentiments.

However, not all the players and support staff members can return home immediately.

The representatives of four franchises that have COVID-19 cases — Kolkata Knight Riders, Chennai Super Kings, Sunrisers Hyderabad and Delhi Capitals — have to serve a six-day isolation period and clear three tests before being allowed to check out of the hotels. As do match officials involved in the most recent games involving these teams.

The Indian cricketers in the other four teams have started the process of returning home, depending on the available modes of transport.

For overseas cricketers, The Hindu understands that the BCCI has touched base with Indian embassies of various countries whose citizens are involved in the IPL. Efforts are being made to ensure that all participants — players, coaches, support staff, commentators, broadcast crew — can travel in groups to their respective countries.

With the Australian government having barred entry of inbound passengers from India until May 15, the BCCI has asked the Australian players to choose a destination — India or overseas — where they feel safe. In the interim, the Australian cricketers are hoping that their government relaxes the rules and allows them to return at the earliest.

Denial of responsibility! TechiLive.in is an automatic aggregator around the global media. All the content are available free on Internet. We have just arranged it in one platform for educational purpose only. In each content, the hyperlink to the primary source is specified. All trademarks belong to their rightful owners, all materials to their authors. If you are the owner of the content and do not want us to publish your materials on our website, please contact us by email – [email protected]. The content will be deleted within 24 hours.
Loading...
BCCIChennai Super KingsCOVID-19 cases in IPLcricket newscricket news livecricket resultsDelhi CapitalsDhoni
0
Share

Army Wife, with Joel Rosario aboard, won the Black-Eyed Susan.