Notice: amp_is_available was called incorrectly. `amp_is_available()` (or `amp_is_request()`, formerly `is_amp_endpoint()`) was called too early and so it will not work properly. WordPress is currently doing the `pre_get_posts` hook. Calling this function before the `wp` action means it will not have access to `WP_Query` and the queried object to determine if it is an AMP response, thus neither the `amp_skip_post()` filter nor the AMP enabled toggle will be considered. It appears the theme with slug `publisher` is responsible; please contact the author. Please see Debugging in WordPress for more information. (This message was added in version 2.0.0.) in /home/runcloud/webapps/techilive/wp-includes/functions.php on line 5313
 Be yourself: Advice Suryakumar Yadav gave himself ahead of first knock in India colours - TechiLive.in 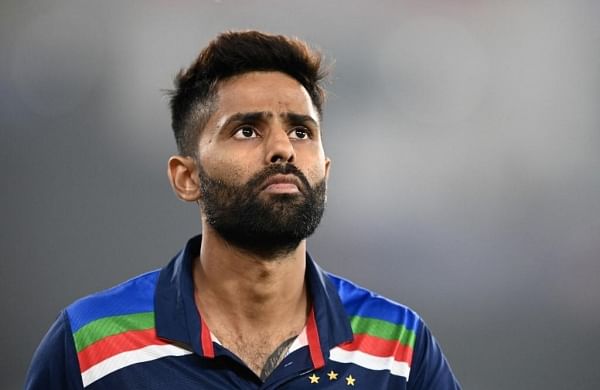 Be yourself: Advice Suryakumar Yadav gave himself ahead of first knock in India colours

MUMBAI: Flamboyant India and Mumbai Indians batman Suryakumar Yadav, who made his international debut against England after a lengthy wait on the sidelines, recalled being nervous on the momentous day but a simple advice to self calmed him down.

“Be yourself,” he remembered telling himself on that day.

Yadav made a brisk 57 in his second T20 game at Ahmedabad after he did not get to bat in his debut match, “If you would have seen properly, I was very excited at that time.

Also, I was not happy at that time since Rohit (Sharma) had got out, but when I was going to bat, I was running in, so that shows how excited I was,” the 30-year-old said in a video posted by Mumbai Indians on their official Twitter handle.

Yadav, who has now played three T20 games, said that he recollected his achievements at the number three spot while coming out of the dug-out.

“When I padded up and came to the dug-out, I was nervous, and it should be that way, if you don’t get nervous, how would you perform,” he said.

“When I was going inside, everything started running in my mind, what I have done when I bat at three. I got my answer when I said to myself ‘don’t do anything different, do the same thing  be yourself, that’s it’,” the stylish right-handed batsman elaborated.

“People speak about the six, what were you feeling on the first ball after making India debut. It was necessary to be a bit calm and I knew what Archer had been doing in the IPL, how he comes hard at the batters.

“So, at the back of the mind there was a thought that he (Archer) would bowl that particular ball and good that he bowled the same delivery,” added Yadav, who now has played 77 first-class games.

Denial of responsibility! TechiLive.in is an automatic aggregator around the global media. All the content are available free on Internet. We have just arranged it in one platform for educational purpose only. In each content, the hyperlink to the primary source is specified. All trademarks belong to their rightful owners, all materials to their authors. If you are the owner of the content and do not want us to publish your materials on our website, please contact us by email – admin@techilive.in. The content will be deleted within 24 hours.
Loading...
adviceaheadcoloursgaveIndiaIndian cricket teamknocknews update
0
Share

Las Vegas buffets are open. What it’s like to step into line again