Notice: amp_is_available was called incorrectly. `amp_is_available()` (or `amp_is_request()`, formerly `is_amp_endpoint()`) was called too early and so it will not work properly. WordPress is currently doing the `pre_get_posts` hook. Calling this function before the `wp` action means it will not have access to `WP_Query` and the queried object to determine if it is an AMP response, thus neither the `amp_skip_post()` filter nor the AMP enabled toggle will be considered. It appears the theme with slug `publisher` is responsible; please contact the author. Please see Debugging in WordPress for more information. (This message was added in version 2.0.0.) in /home/runcloud/webapps/techilive/wp-includes/functions.php on line 5313
 Benzema exits France's final pre-Euro friendly after 'knock' to knee - TechiLive.in 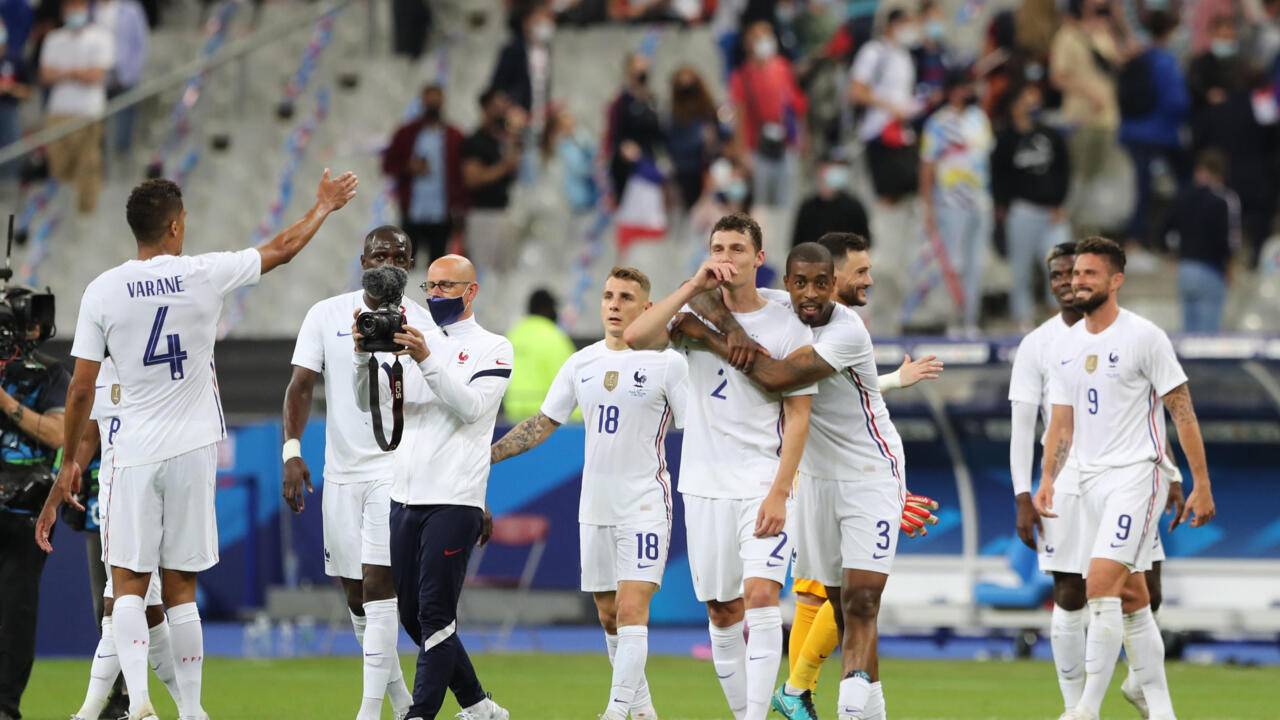 Karim Benzema was forced to leave the pitch with a dead leg during France’s final pre-Euro 2020 friendly against Bulgaria, after being recalled to the national team following a near six-year exile.

Benzema, 33, was taken off in the 39th minute at the Stade De France in what is France’s last match before they take on Germany in their opening match of the European Championship next week.

The Real Madrid forward was replaced by Olivier Giroud and was captured by French television in pain as team doctors examined his right leg.

He had fallen heavily when attempting a header a few minutes earlier.

“It’s a dead leg. He took a good hit on the muscle above the knee,” France coach Didier Deschamps told broadcaster M6.

“He stopped playing because he felt it hardening… the medical staff are at his side.”

The prolific star had been sidelined by Les Bleus since 2015 over his alleged role in a blackmail plot involving his former international teammate Mathieu Valbuena.

Benzema has scored 27 goals for France and was last month named as this season’s best French foreign-based player by the country’s players’ association.

He scored 29 goals last season for Real Madrid, passing 20 league goals in all three seasons since Cristiano Ronaldo left for Juventus in 2018.

Denial of responsibility! TechiLive.in is an automatic aggregator around the global media. All the content are available free on Internet. We have just arranged it in one platform for educational purpose only. In each content, the hyperlink to the primary source is specified. All trademarks belong to their rightful owners, all materials to their authors. If you are the owner of the content and do not want us to publish your materials on our website, please contact us by email – admin@techilive.in. The content will be deleted within 24 hours.
BenzemaBulgariaEuropeExitsFinalFranceFrancesfriendly
0
Share