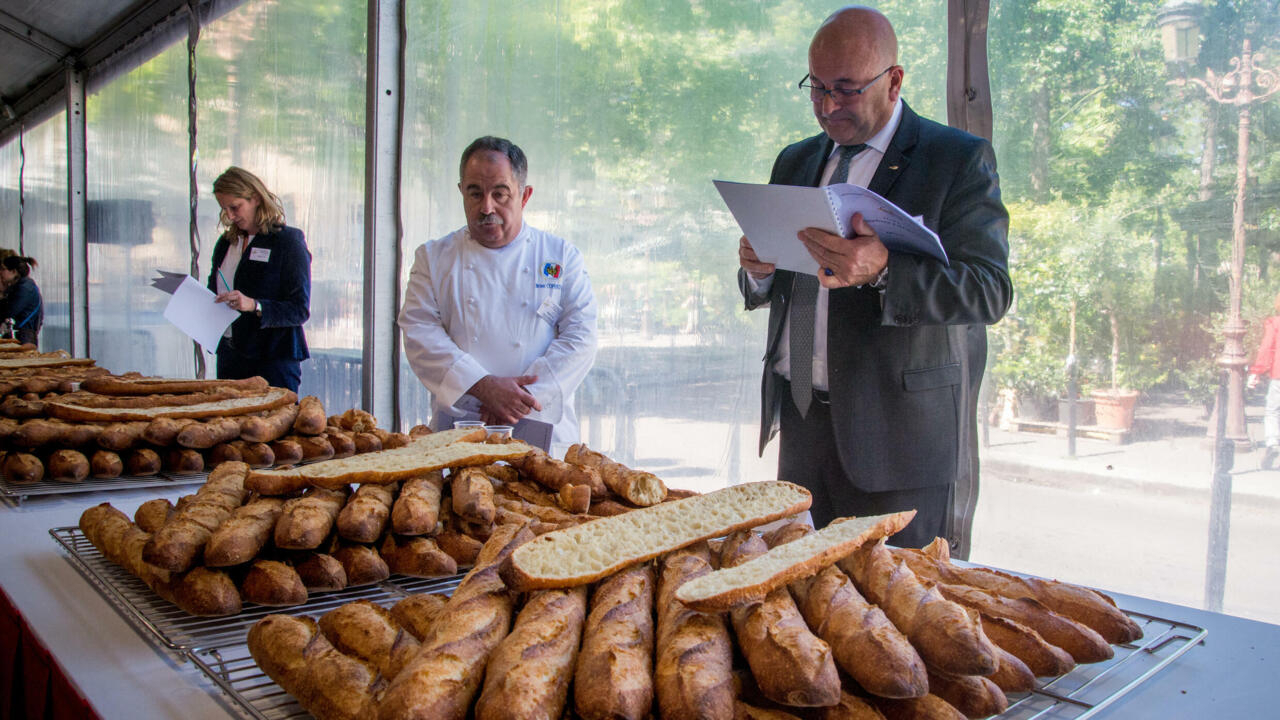 The Tunisia-born baker who won the coveted annual award for the best baguette in Paris last week is at the centre of a fermenting controversy after claims he shared extremist posts on social media.

Makram Akrout, whose achievement in beating off 173 rivals for the award was hailed as an immigrant success story in France, did not take part in a ceremony at the weekend to receive his prize.

By tradition, the winner of the prestigious award is given a contract to supply the presidential Elysee Palace with baguettes for a year.

Akrout “understood that it was not necessarily ideal to come” and receive the prize, the first deputy mayor of Paris, Emmanuel Gregoire, told AFP during the ceremony Saturday on the esplanade of Notre-Dame Cathedral.

Mayor Anne Hidalgo, a Socialist who is running for president, had been scheduled to present the award but had a “personal constraint” and could not attend, Gregoire said.

Akrout was instead represented by his flour supplier, who evoked a “staffing problem” to explain the baker’s absence.

The controversy has erupted as immigration is expected to be a major theme in France’s 2022 presidential elections, where far-right leader Marine Le Pen is still seen as the top challenger to President Emmanuel Macron.

Akrout, a 42-year-old who has worked for 19 years as a baker in France sice arriving from Tunisia, has seen new customers flock to his Boulangers de Reuilly bakery since winning the award.

Bakers of Tunisian origin are widely present in the sector in Paris and have in the past also won the best Paris baguette award.

But the allegations prompted Akrout to be targeted by abuse on social media, and it is unclear if the Elysee will continue with the baguette supply contract. It has yet to comment.

“This poses an issue for the delivery to the Elysee if it turns out that unfortunate things were said in the past,” Gregoire said.

Akrout’s lawyer did not confirm or deny he had shared the posts.

“Like many Internet users, he in the past posted content on social media without grasping its significance,” the lawyer, Sylvia Lasfargeas, told AFP.

She said her client has since been hit by a “surge of hate messages” on social media.

Akrout, who acquired French nationality in 2019, emphasizes “his attachment to France and adherence to the fundamental principles of freedom, equality and fraternity”, Lasfargeas added.

The shared posts on the screen grabs posted by the anonymous Twitter user are dated 2019 and 2020.

The president of the bakers’ union of Paris, Franck Thomasse, described his past social media activity as an “error” that this “very good professional regrets”.

Denial of responsibility! TechiLive.in is an automatic aggregator around the global media. All the content are available free on Internet. We have just arranged it in one platform for educational purpose only. In each content, the hyperlink to the primary source is specified. All trademarks belong to their rightful owners, all materials to their authors. If you are the owner of the content and do not want us to publish your materials on our website, please contact us by email – [email protected]. The content will be deleted within 24 hours.
AllegedbaguetteBakesControversycookeryEuropeextremistFrance
Share

It’s a joy to play two different parts of a psyche in ‘Venom’, says Tom Hardy