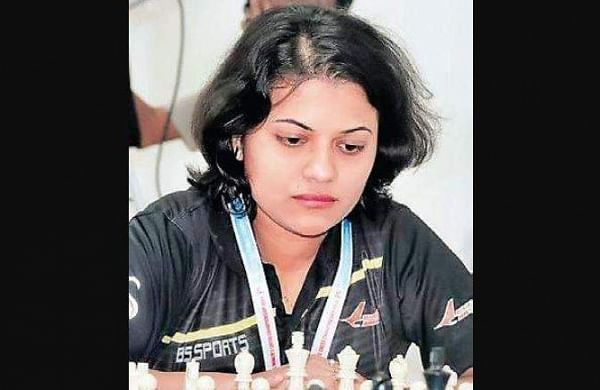 CHENNAI: Reigning national women’s chess champion Bhakti Kulkarni is thrilled to have qualified for the women’s World Cup, scheduled to be held in July in Russia. She is eagerly awaiting the prospect of playing over-the-board chess after almost one-and-a-half-years.

Twenty-nine-year-old Bhakti, who hails from Goa, won back-to-back national women’s titles in 2018 and 2019. Her biggest achievement was winning the Asian Women’s Championship in 2016 in Tashkent. Bhakti had a great 2020, winning gold with the Indian team at the Online Chess Olympiad and Online Asian Team Championship. Excerpts from an interaction:

How does it feel to qualify for the women’s World Cup?
Naturally, I am extremely excited as it will be my first tournament over the board after playing in Gibraltar in January 2020. I can’t wait for it to start.

How was the experience of playing alongside V Anand and winning the Online Chess Olympiad?
It was a dream come true to be playing in the same team with the legend. And winning gold was the icing on the cake.

How do you prepare and keep yourself motivated when there are no over-the-board tournaments?
I keep watching chess games and attending coach (Raghunandan) Gokhale sir’s classes regularly. Then there is household work. If I keep doing different things, I do not feel dejected. I also have positive people around me who constantly motivate me.

How much role has your coach, Raghunandan Gokhale, played in your growth as a chess player?
I may be the only WGM/IM who has been with the same coach for so many years. He plans my tournaments and openings. Even though I attend some camps of leading Grandmasters, I never miss his training sessions. He has been instrumental in my development from a beginner to what I am today.

After becoming an IM, how motivated are you to becoming a WGM?
Actually, I am more motivated than earlier as it is the only title that I have missed so far. Though I know that it is very hard to achieve, I plan to use this lockdown period to prepare and achieve it as early as possible.

How do you rate Ian Nepomniachtchi’s chances against Magnus Carlsen in his World Championship match?
Whoever comes out on top between Nepo and Carlsen will be the true world champion. He (Nepo) is very strong in all aspects of the game. He will offer a strong challenge to Carlsen, who is yet to meet his match.

Denial of responsibility! TechiLive.in is an automatic aggregator around the global media. All the content are available free on Internet. We have just arranged it in one platform for educational purpose only. In each content, the hyperlink to the primary source is specified. All trademarks belong to their rightful owners, all materials to their authors. If you are the owner of the content and do not want us to publish your materials on our website, please contact us by email – [email protected]. The content will be deleted within 24 hours.
BhaktiBhakti KulkarniChessnews updatesports newssports updatetechi liveWomens
0
Share

On the Verge of Two Million Runs