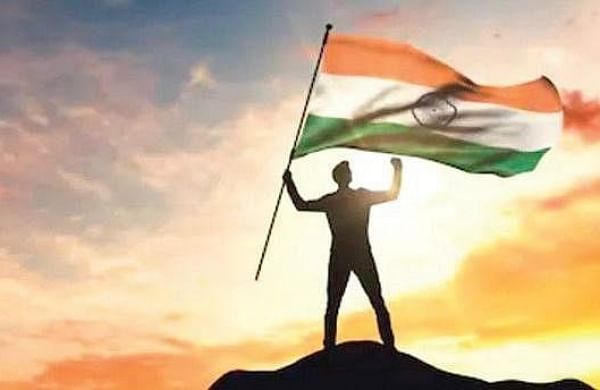 Bharatvarsh is a dynamic merge

Nations are generally held together on the basis of race, religion, language or ethnicity. Sameness is the formula of nation building, but India stands in defiance of this mediocrity. ‘Bharatvarsh’ has lived for thousands of years, a union of over two hundred kingdoms. King Bharata extended the boundaries of his empire, more through inclusion than conquest, and it was one of the largest empires on the planet. Unfortunately, since 1947 we have largely dropped the original name and went for a name given to us by people who conquered the country.

The word ‘Bharata’ literally means: ‘Bha’ for bhava, ‘Ra’ for raga, and ‘Ta’ for tala—the fundamentals of music and dance. The arts evolved phenomenally in this land. A few thousand years ago when the rest of the world was striving and struggling in nomadic troops for survival, India saw the heights of music, mathematics, astronomy and scientific development.

We took pride in building the nation not on the sameness of people but on the diversity of people. With every 50 km of travel, people had different languages and lifestyles. Bharat was recognised as a human being—Bharat Mata, where all these different parts were part of one body. We do not expect the little finger and nose to function the same way, but they are together. There was an organic unity which this culture nurtured very carefully, tied together with a very strong spiritual thread.

The fundamental aspect of living in India is that whether you are a king, businessman or householder, your highest goal is mukti or liberation. It was not even God or heaven—God is just a stepping stone for us. This country is the only godless country on the planet because here, we know that God is our making. Human beings had the choice whether they want a God, and even which type of God. We developed a whole science of “God-making” through which you can create your very own God—Ishta Devata. This is a land of over 33,000 gods and goddesses.

This nation never had any belief system or established morality. There was only vibrant spirituality, and that has always been the guiding force. If spirituality is lost, this is the most immoral country because we have no guilt problems like in the West. Right now, India is facing a certain danger because this spiritual thread is being systematically hacked at, and there is no moral structure to fall back on. If we hack this one thing down with beliefs and other identities, after 25 years, we will wonder why we are one nation and we will break. The leadership in the nation needs to grasp what truly holds us together. The glory of this nation’s past is rooted in its spiritual possibilities and accomplishments.

This is a nation that has mastered the laws that govern inner wellbeing. This is of utmost importance now, because for the very first time, we as a generation have reached a place where we have all the necessary resources, capability and technology to address every human problem on the planet. Only an inclusive consciousness is missing. The very basis of what we refer to as Bharat is this inclusiveness.
It is time we reap the benefits of this profound tradition in its full glory. We are a nation of great possibility. Let us make it happen!

Sadhguru is a yogi, mystic, visionary and a bestselling author. He was conferred the Padma Vibhushan in 2017. (Isha.sadhguru.org)

Denial of responsibility! TechiLive.in is an automatic aggregator around the global media. All the content are available free on Internet. We have just arranged it in one platform for educational purpose only. In each content, the hyperlink to the primary source is specified. All trademarks belong to their rightful owners, all materials to their authors. If you are the owner of the content and do not want us to publish your materials on our website, please contact us by email – [email protected]. The content will be deleted within 24 hours.
BharatvarshDynamiclifestyle newslifestyle updatemergenews updatetechi live
Share