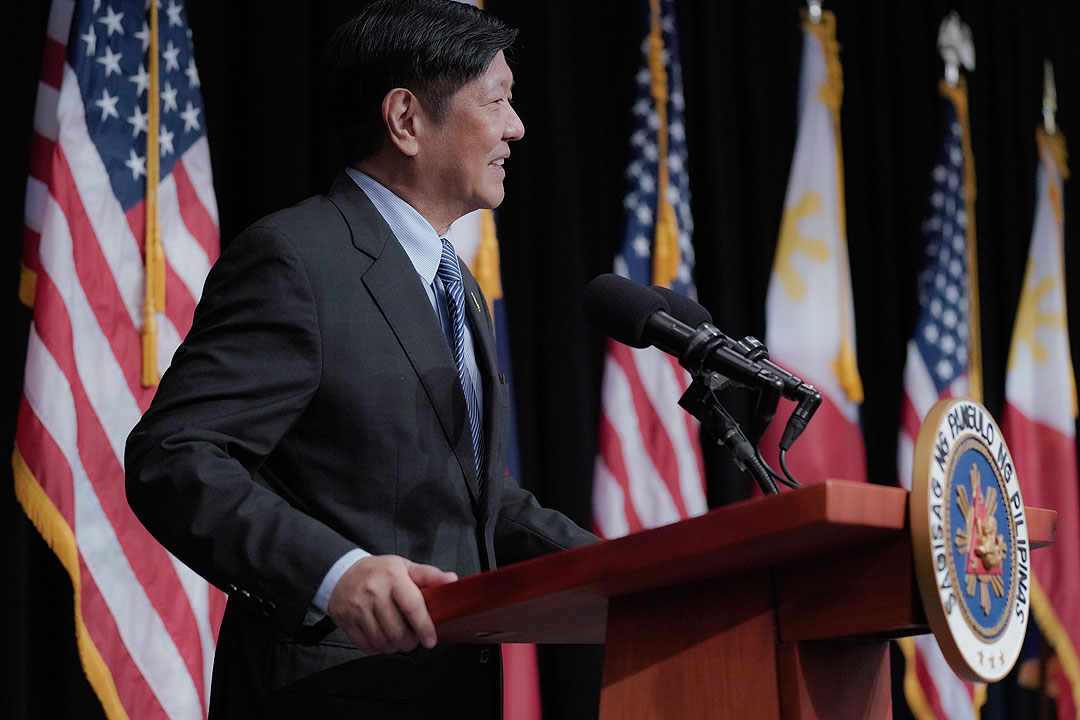 NEW YORK — US President Joseph R. Biden, Jr., and his Philippine counterpart, Ferdinand R. Marcos, Jr., underscored their support for freedom of navigation and overflight in the South China Sea on Thursday, in response to China’s efforts to exert its influence there.

“The leaders discussed the situation in the South China Sea and underscored their support for freedom of navigation and overflight and the peaceful resolution of disputes,” the White House said in a statement after the talks.

Mr. Biden said as the two men began their talks that he wanted to talk about the South China Sea, coronavirus disease 2019 (COVID-19) and renewable energy. He thanked Mr. Marcos for opposing Russia’s war in Ukraine.

The United States has accused China of increased “provocations” against rival claimants to territory in the South China Sea and other countries operating there.

“The role of the United States in maintaining the peace in our region is something that is much appreciated by all the countries in the region and the Philippines especially,” Mr. Marcos said.

The Philippines is a key ally of the United States and vital strategically in case of any US need to defend Taiwan militarily from Chinese attack, given its geographical position.

The United States is keen to arrange greater access to bases in the Philippines given the need to prepare for that contingency.

“The leaders reflected on the importance of the US-Philippines alliance. President Biden reaffirmed the United States’ ironclad commitment to the defense of the Philippines,” the White House said.

Manila’s ambassador to the United States, a relative of Mr. Marcos, told Japan’s Nikkei newspaper this month the Philippines would let US forces use the Southeast Asian nation’s military bases in the event of a Taiwan conflict only “if it is important for us, for our own security.”

The meeting with Mr. Biden underlines the stunning turnaround in fortunes for the disgraced former first family of the Philippines, 36 years after Mr. Marcos’s father was driven into exile by a “people power” uprising.

The new president is on his first trip to the United States in 15 years. He is the subject of a US contempt-of-court order for refusing to cooperate with a Hawaii court that ruled the Marcos family must pay $2 billion of plundered wealth to victims of abuses during his father’s martial law era.

He has rejected allegations his family stole from the treasury and has diplomatic immunity as head of state. — Reuters

Denial of responsibility! TechiLive.in is an automatic aggregator around the global media. All the content are available free on Internet. We have just arranged it in one platform for educational purpose only. In each content, the hyperlink to the primary source is specified. All trademarks belong to their rightful owners, all materials to their authors. If you are the owner of the content and do not want us to publish your materials on our website, please contact us by email – [email protected]. The content will be deleted within 24 hours.
Bidenbusiness newsBusiness updateBusinessWorldChinaDiscussMarcosnews update
0
Share

Jatin Goswami: Finally, tide is in my favour

‘Glue holding everything together’: The rise and return of…