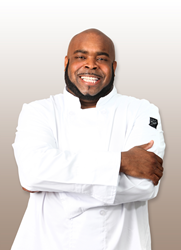 Now we offer nationwide shipping, giving people the opportunity to serve up some Big Shake’s for dinner, whether they are in Nashville, Seattle, or Miami, explains Shawn Davis, otherwise known as Chef Big Shake, owner of Big Shake’s restaurants. We have you covered.

Nashville hot chicken that causes a buzz from coast to coast is what Big Shake’s is all about. Until recently, however, those being able to enjoy the food were limited to people in the Nashville, Tenn., area. That’s all changed now that the chain is offering nationwide shipping of its famous hot chicken, as well as a line of its other popular products. Within two days from placing the order, dinner can be on the table no matter where you live around the country.

“We had such a demand for our food around the country that we had to perfect a way to get it to people no matter where they live,” explains Shawn Davis, otherwise known as Chef Big Shake, owner of Big Shake’s restaurants. “Now we offer nationwide shipping, giving people the opportunity to serve up some Big Shake’s for dinner, whether they are in Nashville, Seattle, or Miami. We have you covered.”

The Chef Big Shake team perfected the process of offering nationwide shipping of its food. Each order is cooked and bagged perfectly, and arrives with reheating instructions, so that people can get the tasty meal on the table with ease. Big Shake’s also offers a 10% discount for all first orders when signing up for emails.

Some of the options people can order include:

“We have made it simple for you to plan a dinner of Nashville hot chicken from Big Shakes,” added Davis. “Plan a special night for your family and surprise them with one of our dinners. That will put some smiles on their faces for sure. We have even had many celebrities either stop in or place an order for delivery, it’s that good!”

When placing an order for nationwide shipping, customers can choose their level of heat for the chicken. Choose from original (no heat), mild, or hot. The chicken used at Big Shake’s never uses hormones and comes with heating instructions. Some products qualify for free shipping. To get more information or place an order, visit the site at: https://shopbigshakes.com/.

Big Shake’s currently has four locations, in Franklin, Tenn., Columbia, Tenn., Huntsville, Ala., and Madison, Ala. Additional locations in Nashville and Tuscaloosa are underway. Chef Big Shake became famous for his signature shrimp burgers, which were featured on the hit show “Shark Tank.” They have sold hundreds of thousands of them. The restaurant has also become famous for its hot chicken plates, chicken sandwiches, hot chicken and waffles, hot chicken tacos, and more. They also feature a variety of fish entrees, including whiting and catfish. Diners can choose their level of heat, ranging from “cry baby” to “executioner.”

“Chef Big Shake,” was named after and founded by Shawn Davis, a man who worked his way up from restaurant dishwasher to chef to entrepreneur. After being passed up on the reality business show “Shark Tank,” he received the funding he needed to take his business national. Today, his product line, which features “The Classic Shrimp Burger,” is available online, and he owns Big Shake’s Hot Chicken & Fish restaurants. Davis has also been featured on such shows as Man vs. Food, Food Paradise, Access Hollywood, and QVC, among others. To learn more about the restaurant chain, visit the site at: https://www.bigshakeshotchicken.com/.

Denial of responsibility! TechiLive.in is an automatic aggregator around the global media. All the content are available free on Internet. We have just arranged it in one platform for educational purpose only. In each content, the hyperlink to the primary source is specified. All trademarks belong to their rightful owners, all materials to their authors. If you are the owner of the content and do not want us to publish your materials on our website, please contact us by email – [email protected]. The content will be deleted within 24 hours.
bigdaysDoorlifestyle newslifestyle updateLivematternews update
Share

Opinion | Why Are Physicians Silent About Outrageous Drug Prices?