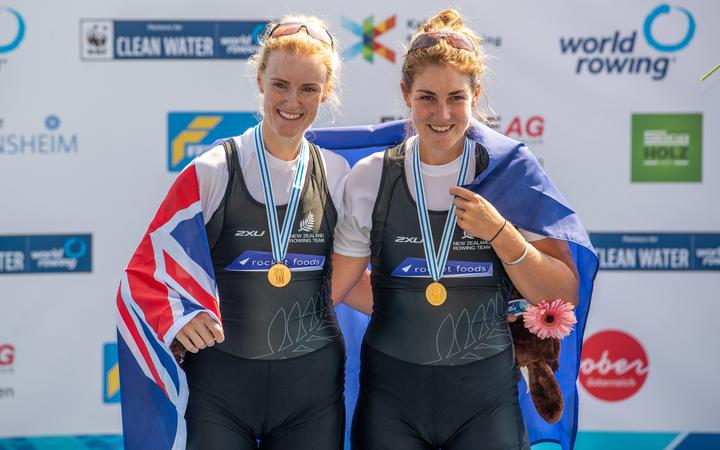 New Zealand will take its biggest ever rowing squad to an Olympics with a 32 strong squad selected to compete at Tokyo next month.

There are ten world champion women rowers in the team and all up there will be nine crews.

Ten rowers have been selected to the eight, with the final makeup of the boat yet to be decided.

Gowler and Prendergast’s first Olympic campaign was 2016 where they finished fourth in the women’s eight.

“Representing New Zealand in my chosen sport is something I am incredibly proud to have achieved, especially alongside my long-time rowing partner Kerri,” said Prendergast.

“The opportunity to again showcase New Zealand’s strength in rowing at an Olympic Games is very special to me, and to do so alongside such talented teammates is a dream come true.”

“I hope that our team’s success come Tokyo will inspire another generation of female rowers, as I was inspired at a young age.”

“One of the biggest strengths of our team is the competitiveness which has been an asset, especially given we haven’t raced internationally for 2 years. We always want the best for each other, and I am excited to put on the silver fern and race with my team,” said Donoghue.

Emma Twigg will compete in the women’s single scull for the fourth time at an Olympic Games, after narrowly missing out on a medal in London and Rio.

Parry first represented New Zealand as part of the U21 Trans-Tasman team in 2014 and has more recently been a part of New Zealand’s U23 and elite men’s quad.

Chris Harris and Jack Lopas make up New Zealand’s double scull crew. Harris represented New Zealand in the 2012 and 2016 Olympic Games in both the men’s four and men’s quad, while 2021 marks the first occasion Lopas will represent New Zealand at an elite level, after gaining silver in the men’s double at the 2019 World Rowing U23 Championships.

Dan Williamson,21, is the youngest member of the New Zealand team.

Bond won gold in the men’s pair at the 2012 and 2016 Olympic Games alongside Eric Murray. 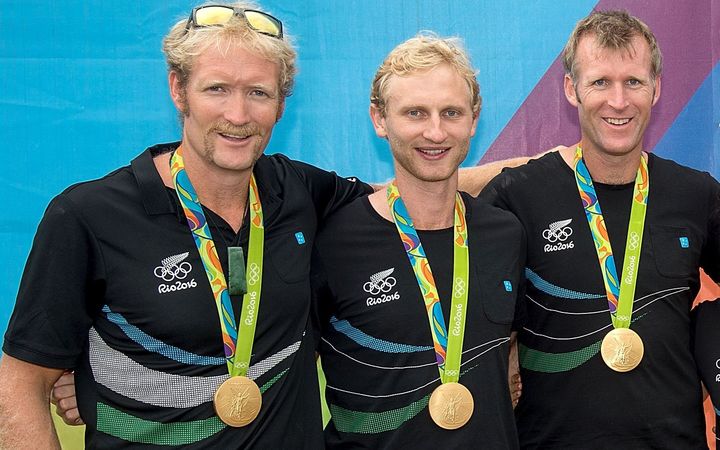 Eric Murray, Hamish Bond and Mahe Drysdale in Rio in 2016. Only Bond (centre) will be back for Tokyo.
Photo: Photosport

Rowing NZ general manager of performance Judith Hamilton, said the team naming is a milestone with just over a month until competition.

“After what was an incredibly tough postponement for all Kiwi athletes, we are incredibly proud to finalise our Olympic team. We are confident in the ability and potential of our athletes and look forward to competing on the world stage,” said Hamilton.

“It’s especially wonderful to see so many of our female rowers representing New Zealand at an Olympic Games and in many cases, entering the Games as World Champions.”

Rowing has been one of New Zealand’s most successful Olympic sports having won 24 medals.

The naming of the rowing squad takes the total number of athletes selected to the New Zealand team to 117.

Denial of responsibility! TechiLive.in is an automatic aggregator around the global media. All the content are available free on Internet. We have just arranged it in one platform for educational purpose only. In each content, the hyperlink to the primary source is specified. All trademarks belong to their rightful owners, all materials to their authors. If you are the owner of the content and do not want us to publish your materials on our website, please contact us by email – [email protected]. The content will be deleted within 24 hours.
Loading...
AudioBiggestCurrent AffairsNamedNewsnews updateOlympicsPodcasts
0
Share