Notice: amp_is_available was called incorrectly. `amp_is_available()` (or `amp_is_request()`, formerly `is_amp_endpoint()`) was called too early and so it will not work properly. WordPress is currently doing the `pre_get_posts` hook. Calling this function before the `wp` action means it will not have access to `WP_Query` and the queried object to determine if it is an AMP response, thus neither the `amp_skip_post()` filter nor the AMP enabled toggle will be considered. It appears the theme with slug `publisher` is responsible; please contact the author. Please see Debugging in WordPress for more information. (This message was added in version 2.0.0.) in /home/runcloud/webapps/techilive/wp-includes/functions.php on line 5313
 Biriyaani review: Unflinchingly bold and honest tale of liberation - TechiLive.in 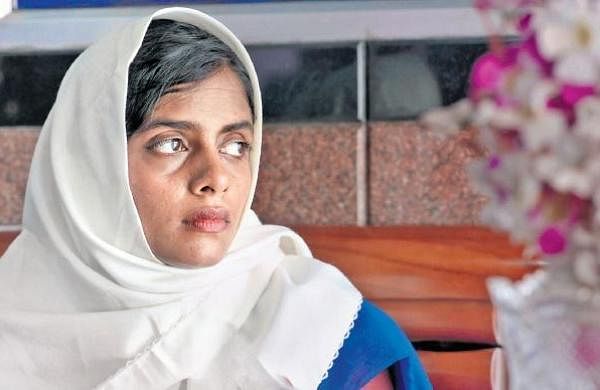 Biriyaani is the bravest Malayalam film I’ve seen after Jayan K Cherian’s Ka Bodyscapes. Like that film, Biriyaani presents characters oppressed by the practices imposed on them by religion and society. Though it goes one step further in terms of boldness, it doesn’t let the characters make all the noise. The images, which are loud enough, do most of the talking.

To call Biriyaani or its actors ‘unconventional’ would be a great disservice to them because we are not getting fantasy here. Biriyaani doesn’t spare anyone. It shows people just as they are. It lays bare the ugly mindset and hypocrisy of both men and women, regardless of race, creed, caste, religion or political affiliation. There are no sides taken. It’s also honest in addressing sexual repression. The ‘purest’ character in the film is someone who masturbates. How many people can genuinely claim that they haven’t thought about sex at least once during the day? And if they do, does that make them impure?

Being an A-rated film, it goes without saying that Biriyaani is meant strictly for adults. The film takes place between two sex scenes — it begins and ends with one, but they are in it for a purpose. It’s the same two people, but the sexual position is inverted the second time around. You’ll understand when you see it. The so-called ‘adult’ content is not titillating; it’s not a cheap trick to attract viewers.

The approach is clinical. At a pivotal juncture, the lead character, Khadeeja (Kani Kusruti), turns to prostitution. But Sajin doesn’t show us what Khadeeja does with each man in their bedroom. Politicians, police officers, businessmen…. everyone becomes her customer. Perhaps another filmmaker would’ve thought differently and caused a sensation by showing each sexual encounter in explicit detail.

It’s admirable that Biriyaani doesn’t judge Khadeeja for her decision to sell her body. It’s simply a way for her to vent and feel liberated because, for the first time, she was able to make her own decision. There are tragic reasons behind her choice of profession. She was once married to a man who failed to satisfy her sexually. And later, her world comes crashing down when she learns that her brother is an ISIS member, following which the Jamaat excommunicates Khadeeja and her mentally-ill mother (Shailaja Jala).

Some of the traditional Muslim ceremonies which involve bloodshed are depicted in the raw. It’s obvious why Sajin chose a Muslim family instead of a Hindu or Christian one. Violence is imposed on both men and women without their consent, just like on the sacrificial goat. The fact is brilliantly illustrated by the visual of a real circumcision followed immediately by a goat sacrifice. This sudden juxtaposition may make one wince, but the intention is understandable — to depict the ordinariness of it all when seen from the characters’ point-of-view.

Interestingly, sexual and animal imagery is merged once again in the film’s climax, albeit non-violently. The significance of the film’s title becomes more apparent only then. Things come full circle. In an interview with us, Sajin said Biriyaani is a revenge drama. It is, in a way, but not the kind where someone gets hurt. It exists as a mode of catharsis. These instances may be shocking for some, but to anyone familiar with the works of Lars von Trier, Pier Paolo Pasolini or Peter Greenaway, the explicitness of these visuals may seem tame in comparison.

That said, Biriyaani is by no means a grim story, even though Khadeeja gets bombarded with one tragic situation after another. Her journey is, ultimately, an empowering one. (I think Biriyaani would make a perfect companion piece to The Great Indian Kitchen.) It may not be your idea of empowerment, but it certainly is for her. In the film’s early portions, Khadeeja is established as someone with clear-cut principles. There are certain things she won’t do, and everything she does later attests to that. And Kani Kusruti rightly deserved the Kerala State Award for Best Actress. By the end of the film, Khadeeja is not the same person she was at the beginning. It’s an outstandingly convincing performance that does complete justice to the character.

Loading...
Denial of responsibility! TechiLive.in is an automatic aggregator around the global media. All the content are available free on Internet. We have just arranged it in one platform for educational purpose only. In each content, the hyperlink to the primary source is specified. All trademarks belong to their rightful owners, all materials to their authors. If you are the owner of the content and do not want us to publish your materials on our website, please contact us by email – admin@techilive.in. The content will be deleted within 24 hours.
BiriyaaniBoldentertainment newsEntertainment updateHonestLiberationnews updatereview
0
Share

Conducting Class 12 board exams before vaccinating students can be big mistake: Sisodia – Times of India