Notice: amp_is_available was called incorrectly. `amp_is_available()` (or `amp_is_request()`, formerly `is_amp_endpoint()`) was called too early and so it will not work properly. WordPress is currently doing the `pre_get_posts` hook. Calling this function before the `wp` action means it will not have access to `WP_Query` and the queried object to determine if it is an AMP response, thus neither the `amp_skip_post()` filter nor the AMP enabled toggle will be considered. It appears the theme with slug `publisher` is responsible; please contact the author. Please see Debugging in WordPress for more information. (This message was added in version 2.0.0.) in /home/runcloud/webapps/techilive/wp-includes/functions.php on line 5313
 Bob Baffert files suit to spur more testing on Medina Spirit sample - TechiLive.in 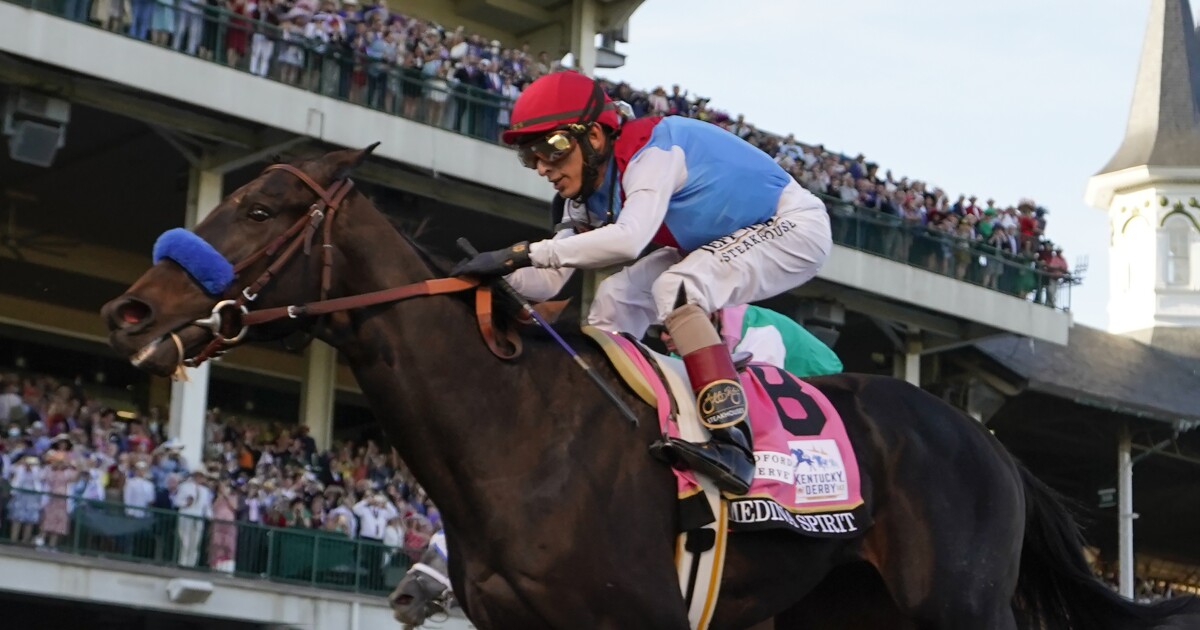 It is the first of what is expected to be a series of lawsuits over the upcoming months — and possibly years — over who will be deemed the winner of this year’s Kentucky Derby.

According to the complaint filed in Franklin (Ky.) Circuit Court, Baffert and Zedan want the KHRC to release what samples it has remaining on the 3-year-old colt for further testing.

After Baffert was informed of the positive test for betamethasone, a legal anti-inflammatory but not on race day, it was requested that a split sample also be tested, as is standard. There is zero tolerance for race-day presence of the drug in Kentucky and many other states, including California. The drug is not considered a performance enhancer.

Baffert and Zedan wanted testing for other substances than betamethasone but the KHSC refused. The second test was also positive. An agreement was reached May 24 whereby the remains of the split sample could be tested by a lab. But they were informed around June 1 that the sample was damaged or compromised before reaching the lab.

According to the suit, the KHSC has in a freezer an “unopened, untested and hopefully pristine sample” of Medina Spirit’s urine. That is what Baffert and Zedan want tested.

The strategy is to scientifically prove that the betamethasone was introduced topically by an ointment to clear up a case of dermatitis and not through interarticular injection, which is the most common form of administration.

Then the argument will be made that the rule was intended only for interarticular injections.

“The manner in which the betamethasone found its way into Medina Spirit is critical,” according to the suit. “There is a huge difference in a betamethasone finding from an interarticular joint injection versus one from a topical ointment.”

All of this has played out publicly without an official finding or notice from the KHSC. It likely will disqualify Medina Spirit and then a hearing will be held. Depending upon the outcome, litigation will continue.

Churchill Downs has suspended Baffert from running at any of its tracks for two years. The New York Racing Assn. also has a “temporary” ban of the trainer from its tracks. The Stronach Group, which owns Santa Anita, and Del Mar are waiting for more information or a finding from a state regulatory board before deciding what to do.

“A test result revealing that he used ointment on Medina Spirit wouldn’t prove that he didn’t also inject the horse’s joints.” Guillermo said.

Craig Robertson, attorney for Baffert, said last week that there would be no further comment until all testing is complete. He reiterated that point to The Times on Tuesday.

Loading...
Denial of responsibility! TechiLive.in is an automatic aggregator around the global media. All the content are available free on Internet. We have just arranged it in one platform for educational purpose only. In each content, the hyperlink to the primary source is specified. All trademarks belong to their rightful owners, all materials to their authors. If you are the owner of the content and do not want us to publish your materials on our website, please contact us by email – admin@techilive.in. The content will be deleted within 24 hours.
BaffertBobFilesMedinanews updateSampleSpiritsports news
0
Share