Notice: amp_is_available was called incorrectly. `amp_is_available()` (or `amp_is_request()`, formerly `is_amp_endpoint()`) was called too early and so it will not work properly. WordPress is currently doing the `pre_get_posts` hook. Calling this function before the `wp` action means it will not have access to `WP_Query` and the queried object to determine if it is an AMP response, thus neither the `amp_skip_post()` filter nor the AMP enabled toggle will be considered. It appears the theme with slug `publisher` is responsible; please contact the author. Please see Debugging in WordPress for more information. (This message was added in version 2.0.0.) in /home/runcloud/webapps/techilive/wp-includes/functions.php on line 5313
 Britain bars Belarus’s airline in response to the seizure of an opposition journalist. - TechiLive.in 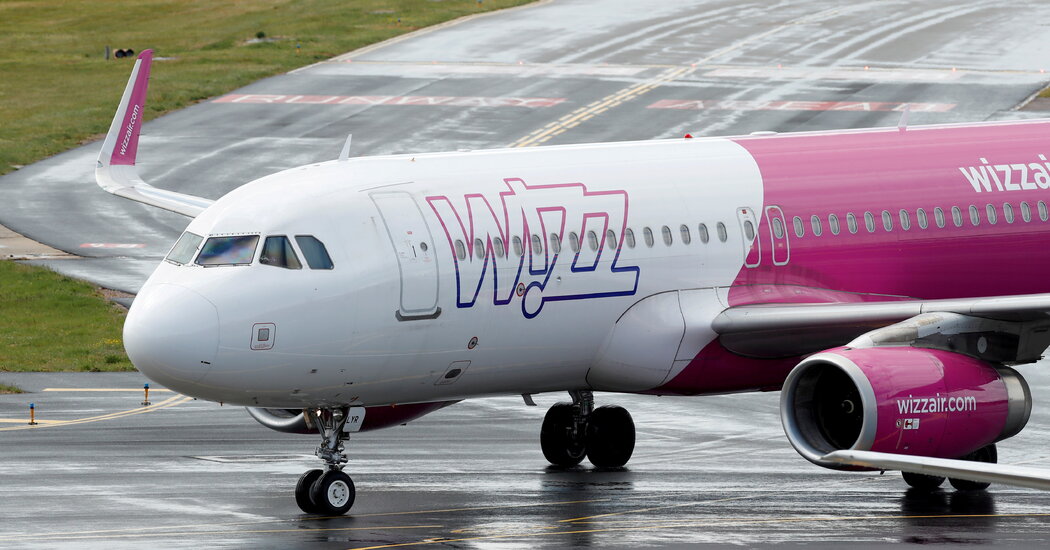 Britain bars Belarus’s airline in response to the seizure of an opposition journalist.

The British government said Monday that it would prohibit Belarus’s national airline from landing or operating in the country, a day after that country’s leader sent a fighter jet to force down a Ryanair flight in order to seize an opposition journalist on board.

Britain also said it was advising airlines departing Britain to avoid flying through Belarusian airspace, “for the purposes of protecting passenger safety.” Belarus, in eastern-central Europe, is along a major air corridor between Europe and Asia.

The moves came as airlines and lawmakers were trying to find the right way to respond to what was widely seen as a shocking move by Aleksandr G. Lukashenko, the Belarusian president who has clung to power despite huge protests last year. European Union officials are expected to meet on Monday to discuss their options for penalizing the country, which is closely aligned with Russia.

The British government said that it was halting all flights by Belavia, the Belarus national airline, to Britain immediately. “This essentially means no journeys are possible from Belarus to the U.K.,” a government spokesman said.

Earlier on Monday, at least two airlines said that they were diverting flights away from Belarusian airspace as a precaution, but most carriers seem to be waiting to be told what to do by the European authorities.

Lithuania’s transport minister announced that all flights to and from Lithuanian airports must avoid the airspace of neighboring Belarus, Reuters reported. The minister, Marius Skuodis, said the ban would begin Tuesday at 3 a.m. local time.

Ryanair’s chief executive, Michael O’Leary, on Monday condemned the actions of the Belarusian authorities, who ordered the plane, flying from Athens to Vilnius, Lithuania, to land in the capital of Minsk and then arrested Roman Protasevich, a dissident journalist on board, and his companion.

Mr. O’Leary, however, said he was waiting for instructions from European Union authorities in Brussels about whether to steer other flights away from Belarus.

He added that it would be an easy matter for his flights to avoid the country’s airspace. “We don’t fly over Belarus much,” he said. “It would be a very minor adjustment to fly over” Poland instead, he added. Ryanair, a discount airline based in Ireland, describes itself as Europe’s largest airline group.

Some analysts say that the European Union may be reluctant to ban flights over Belarus because such a move would create difficulties for European airlines. Airlines are already avoiding Ukraine, the country’s southern neighbor, because of conflict with Russia, and so putting Belarusian air space off limits as well would present serious routing difficulties on flights from Europe to Asia.

“Flying to Asia from Europe without crossing Belarus is likely too costly and challenging,” analysts from Eurasia Group, a research firm, wrote in a note on Monday.

AirBaltic, the Latvian national airline, said that its planes would avoid entering Belarusian airspace “until the situation becomes clearer or a decision is issued by the authorities.” The rerouted flights include ones from Riga, the airline’s home base, to Odessa in Ukraine and Tbilisi in Georgia.

Another airline that flies in the area, Wizz Air, said that it would alter the path of a flight from Kyiv, Ukraine, to Tallinn, Estonia, so as to skirt Belarus.

“We are continuously monitoring and evaluating the situation,” a spokesman for Wizz Air, which is based in Hungary, said.

Denial of responsibility! TechiLive.in is an automatic aggregator around the global media. All the content are available free on Internet. We have just arranged it in one platform for educational purpose only. In each content, the hyperlink to the primary source is specified. All trademarks belong to their rightful owners, all materials to their authors. If you are the owner of the content and do not want us to publish your materials on our website, please contact us by email – admin@techilive.in. The content will be deleted within 24 hours.
airlineBARSBelarussBritainEducation newsEducation updatejournalistnews update
0
Share

A Free Collection of Educational Rubrics for Teachers