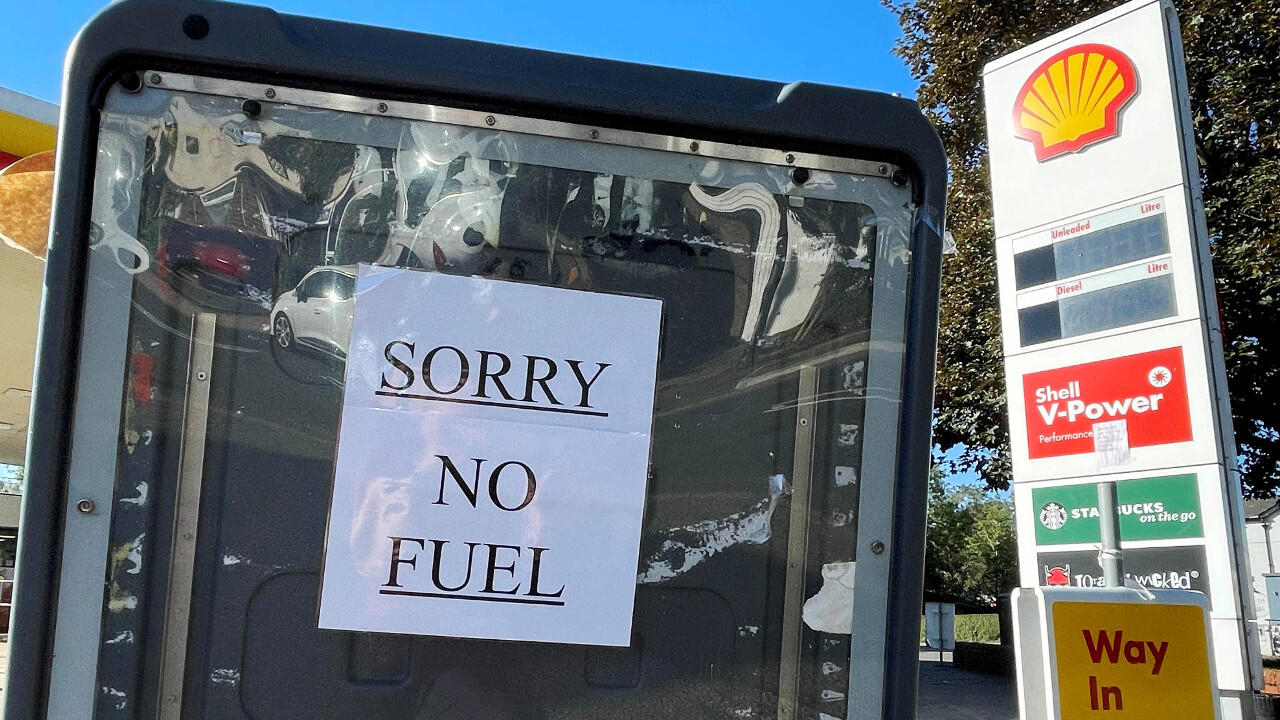 British army to deliver petrol from Monday amid fuel crisis

The British army will begin delivering petrol to fuel stations on Monday after fears over tanker driver shortages led to panic buying and forced the government to offer visa waivers to foreign truckers to plug the shortfall.

“Almost 200 military tanker personnel, 100 of which are drivers, will be deployed from Monday to provide temporary support as part of the government’s wider action to further relieve pressure on petrol stations and address the shortage of HGV drivers,” the government said in a news release issued Friday.

Motorists queued at fuel pumps across Britain at the beginning of the week, draining tanks and fraying tempers.

“Thanks to the immense efforts of industry over the past week, we are seeing continued signs that the situation at the pumps is slowly improving,” said business minister Kwasi Kwarteng.

“It’s important to stress there is no national shortage of fuel in the UK, and people should continue to buy fuel as normal. The sooner we return to our normal buying habits, the sooner we can return to normal,” he added.

The government says a lack of tanker drivers to deliver fuel and unprecedented demand is behind the crisis.

Demand for fuel has stabilised throughout the week and stations are gradually stocking up again, but some parts of the country still face severe shortages.

The Petrol Retailers Association on Thursday said 27 percent of stations had run dry — down from earlier in the week, but the same as on Wednesday.

“PRA members are reporting that whilst they are continuing to take further deliveries of fuel, this is running out quicker than usual due to unprecedented demand,” association chief Gordon Balmer said.

The military drivers were put on standby at the beginning of the week, and have since received specialised training.

“The government has taken decisive action to tackle the short term disruption to our supply chains, and in particular the flow of fuel to forecourts,” said minister Steven Barclay.

“We are now seeing the impact of these interventions with more fuel being delivered to forecourts than sold and, if people continue to revert to their normal buying patterns, we will see smaller queues and prevent petrol stations closing,” he added.

The government has already made a U-turn on tighter post-Brexit immigration policy, offering short-term visa waivers to foreign truckers to help plug the shortfall.

Fuel operators, including Shell, BP and Esso, said there was “plenty of fuel at UK refineries” and expected demand to return to normal soon.

But following a week of queues, drivers in many parts of the country are still unable to get fuel, stoking concern about the effects on the wider economy.

Critics blame government inaction on tackling shortages of lorry drivers after Britain’s departure from the European Union in January and the pandemic, which saw many foreign truckers leave the country.

As well as fuel deliveries, the shortage has led to empty supermarket shelves and raised fears about deliveries of food and toys for Christmas.

Denial of responsibility! TechiLive.in is an automatic aggregator around the global media. All the content are available free on Internet. We have just arranged it in one platform for educational purpose only. In each content, the hyperlink to the primary source is specified. All trademarks belong to their rightful owners, all materials to their authors. If you are the owner of the content and do not want us to publish your materials on our website, please contact us by email – [email protected]. The content will be deleted within 24 hours.
ArmyBrexitBritishcrisisdeliverEuropefuelHealth news
Share