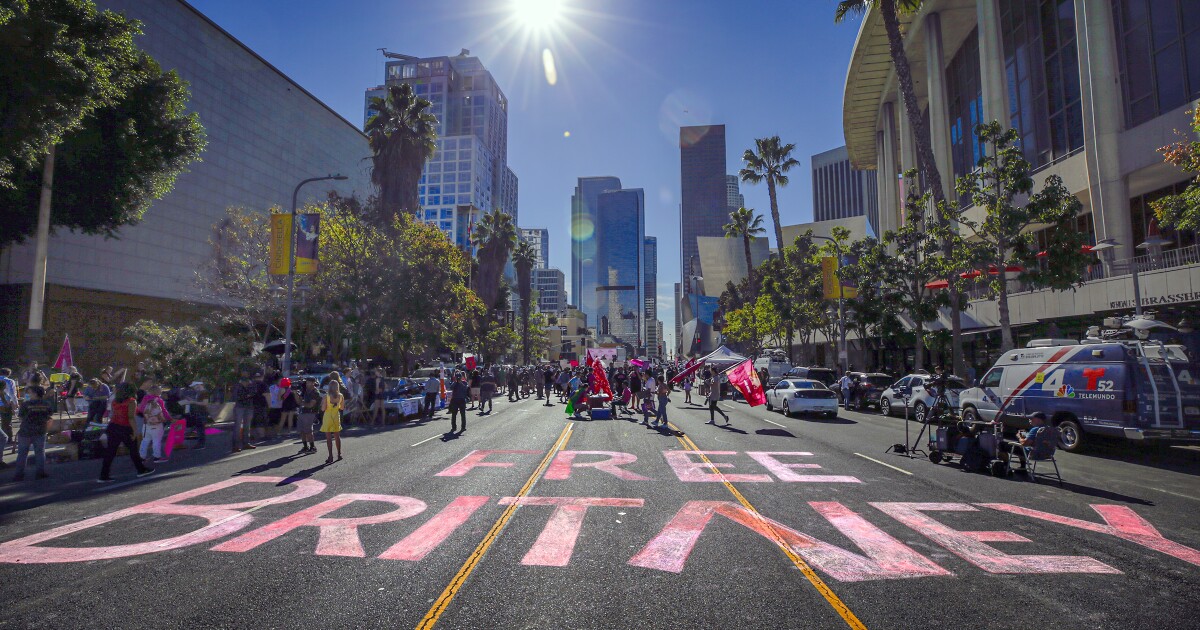 After a momentous court ruling in late September, Britney Spears’ conservatorship could finally come to an end today as a judge in Los Angeles considers a petition to terminate the 13-year legal arrangement.

The petition was filed Sept. 7 by the legal team for Jamie Spears, the pop star’s father, with Britney Spears’ attorneys supporting and adding to that petition in a separate filing on Oct. 28.

“Ms. Spears has made her wishes known about ending the conservatorship she has endured for so long and she has pleaded with this Court to ‘let her have her life back,’ without an evaluation, recently attending two Court hearings and asking this Court directly to end the conservatorship. It is respectfully submitted — with the consent of all parties — that the time has come,” the singer’s legal team wrote in the October court document.

Spears’ father, who was suspended as conservator of her estate in September, hired litigator Alex M. Weingarten in October to replace attorneys Vivian Thoreen and Geraldine Wyle.

A status report filed Nov. 1 by Jamie Spears’ legal team indicated he was still on board with the conservatorship ending — even though he had fought against it in an August document objecting to his removal as conservator of his daughter’s estate.

“Jamie unconditionally loves and supports his daughter. Full stop,” the status report says. “As he has done for her entire life, Jamie will do everything he can to protect and care for her. For the last 13 years, that included serving as her Conservator. Now it means ending her Conservatorship. So it is said in no uncertain terms, Jamie believes that the Conservatorship should end, immediately. Jamie will not seek to continue to serve as Conservator.”

Mathew Rosengart, Britney’s attorney, had no comment ahead of today’s hearing, while Weingarten did not respond Thursday to a request for comment.

Britney Spears described her conservatorship as “abusive” at an explosive hearing back in June, saying, “I’m not happy. I’m so angry it’s insane, and I’m depressed. I cry every day.” She said Jamie Spears “loved the control he had over me” at times. “He loved it.”

“The current situation is not tenable,” Judge Brenda J. Penny said at the Sept. 29 hearing. “It reflects a toxic environment, which requires the immediate suspension of Jamie Spears today.”

Penny set today as the date for a hearing regarding the forthcoming termination of the conservatorship, followed by another court date Dec. 13 to tie up loose financial threads. The dates came in response to a request from Rosengart to discuss ending the conservatorship within 30 to 45 days from Sept. 29.

The hearing, which had only a limited number of seats available to the public and media and is not virtually accessible, is happening at Stanley Mosk Courthouse, near City Hall in downtown L.A. As with previous hearings, the #FreeBritney fan movement is expected to be out in full force outside the courthouse.

On Monday, Britney Spears commented on Instagram about the week to come — before changing her caption to something completely generic.

“This week is gonna be very interesting for me … !” Spears wrote in her since-deleted caption, according to People. “I haven’t prayed for something more in my life … ! I know I’ve said some things on my Insta out of anger and I’m only human, and I believe you’d feel the same way if you were me … !”

Last week, Spears’ mother, Lynne Spears, requested that her daughter’s estate pay a $650,000 legal bill, prompting the singer to react on Instagram. The post was then deleted.

“Pssss my dad may have started the conservatorship 13 years ago … but what people don’t know is that my mom is the one who gave him the idea !!!! I will never get those years back,” the pop star wrote, per People. “She secretly ruined my life.”

Denial of responsibility! TechiLive.in is an automatic aggregator around the global media. All the content are available free on Internet. We have just arranged it in one platform for educational purpose only. In each content, the hyperlink to the primary source is specified. All trademarks belong to their rightful owners, all materials to their authors. If you are the owner of the content and do not want us to publish your materials on our website, please contact us by email – [email protected]. The content will be deleted within 24 hours.
13yearBritneyconservatorshipentertainment newsEntertainment updateFinallyHearingnews update
Share