Notice: amp_is_available was called incorrectly. `amp_is_available()` (or `amp_is_request()`, formerly `is_amp_endpoint()`) was called too early and so it will not work properly. WordPress is currently doing the `pre_get_posts` hook. Calling this function before the `wp` action means it will not have access to `WP_Query` and the queried object to determine if it is an AMP response, thus neither the `amp_skip_post()` filter nor the AMP enabled toggle will be considered. It appears the theme with slug `publisher` is responsible; please contact the author. Please see Debugging in WordPress for more information. (This message was added in version 2.0.0.) in /home/runcloud/webapps/techilive/wp-includes/functions.php on line 5313
 ByteDance staff and investors shocked as founder steps back - TechiLive.in 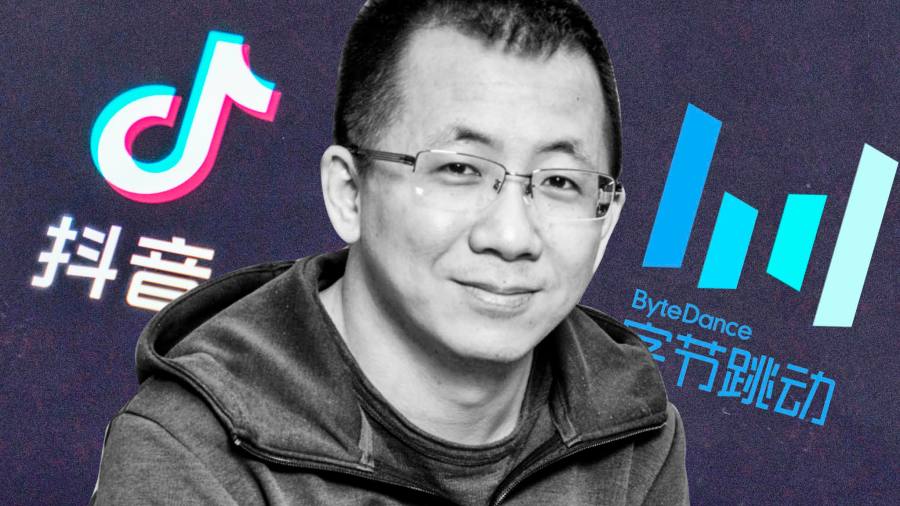 ByteDance staff and investors shocked as founder steps back

Zhang Yiming said he first discussed stepping down as chief executive of ByteDance “with a small group” in March, but investors in the $200bn start-up said they were caught by surprise.

After a tumultuous year, the 38-year-old founder announced he was handing over his CEO duties in a resignation letter to staff on Thursday, even though his company is preparing for an initial public offering.

While he claimed in his letter that he was not so interested in “actually managing people”, Zhang had in fact been the sole manager of ByteDance’s top leadership, and had built the company, which owns the viral video app TikTok, into a global challenger to Facebook and Tencent.

He had even recently survived the company’s worst crisis: the US government’s threat of a ban on TikTok.

“Bummed to hear about Yiming Zhang stepping down — truly an amazing CEO,” tweeted Patrick Collison, the chief executive of the $95bn payments start-up Stripe. “To give a sense for the calibre of their execution: ByteDance was founded in 2012, is reported to have generated $35bn of revenue in 2020, and hired 40,000 people last year.”

ByteDance’s investors said they had been shocked by the move, and could only point to recent pressure on the tech sector by Beijing as an explanation.

Since the end of 2020, China has been reining in its tech giants using antitrust and other regulations. Zhang’s resignation follows that of ecommerce giant Pinduoduo’s founder Colin Huang in March, whose departure also came as a surprise. Earlier that month, Ant Group’s chief executive Simon Hu also stepped down, months after their record-breaking dual listing in Shanghai and Hong Kong was cancelled by Beijing.

“The government is weakening the central authority of all the leaders of the tech giants,” said Feng Chucheng, partner at Beijing-based consultancy Plenum.ai.

In his resignation letter, Zhang said he wanted to avoid the “trap of the CEO becoming overly central”. That reflects a concern of the central government, which has for a long time fretted about the power of tech leaders.

For ByteDance, in particular, whose top three apps each command more than an hour of user time on average each day, “regulators have always been worried about how it might impact public discourse. Propaganda is the Party’s lifeline,” Feng added.

Beijing has issued multiple directives over the governance of social-media algorithms and promoting “positive” content. So far this year regulators have criticised ByteDance over issues from sexual content to deepfakes.

“Yiming is not very good at government relations [in China],” said one of his acquaintances. In 2018, ByteDance faced its first life-or-death moment at the hands of the government, which criticised several apps for hosting “vulgar” content. ByteDance was forced to shut down Neihan Duanzi, a joke-sharing app with 22m daily users. But the company bounced back after a lengthy public apology, and hired more staff to handle government relations.

Zhang clashed with Beijing again in 2020, by trying to satisfy the Trump administration’s demand that TikTok’s US operations be US-owned. The Chinese government shot back by imposing export controls over the relevant technology, while censors allowed a social media storm of criticism to descend on Zhang.

Liang Rubo, Zhang’s university classmate, ByteDance co-founder and head of HR, will take over after a six-month handover. Staff who have worked with Liang describe him as a loyal lieutenant for Zhang.

While ByteDance staff as a whole were shocked by Zhang’s resignation, those working for Liang were even more surprised. “My colleagues and I never expected Liang would take over,” said one HR employee, who said China chair Zhang Lidong had “more power and courage” than Liang. “[Liang] doesn’t scream CEO to me,” said another HR employee.

The choice of Liang suggested Zhang Yiming would “govern from behind the curtain”, said a former HR employee.

Staff do not expect Liang to deviate from Zhang’s course — which is in itself a source of comfort. “We were all surprised,” said one ByteDance engineer. “But after discussing it for a while, everyone went back to work, because we felt Liang would mainly take Yiming’s plans, and there shouldn’t be too many changes.”

Zhang’s departure exposes the fragility of ByteDance’s management structure and his centrality, with all senior executives reporting to him directly.

ByteDance declined to comment on whether Zhang would stay on its five-member board, with the other four seats taken up by investors.

The company has had the biggest hiring spree in tech history, almost doubling in size in the past year and half to more than 100,000 staff, and its apps have been wildly successful, generating about $35bn in revenues in 2020, according to two people familiar with the matter.

The next step was to be a blockbuster IPO in either Hong Kong or New York. A number of people close to the plans said discussions with officials at the Hong Kong Stock Exchange had made significant progress early this year. But the talks had then slowed by this spring, the people said.

In April, the state-run newspaper China Securities Journal reported ByteDance had initiated an IPO process in Hong Kong. Although it was widely followed up by other media, the original story was deleted within a day, and state media were told not to republish the story — an unusual move for government censors, who do not usually intervene in market speculation. ByteDance later said it was “not ready at this stage”.

“Zhang’s departure may help the company gain enough government approval for it to IPO,” said Feng. While the reasons for ByteDance’s wavering over its listing plans remain unclear, political pressure would explain the previous censorship of its IPO rumours.

Zhang’s resignation was part of the “logical order” as the company moves towards the IPO, said one person involved in the preparations. “He took the decision, then obviously had to announce it before moving to the next stage of the offering — he couldn’t have stepped down during the IPO.”

His move will also not affect the structure of ByteDance’s China business, the source of the majority of its revenues. In March 2020 Zhang put the China operations under the leadership of Kelly Zhang and Zhang Lidong.

At the same time, he made himself the global CEO, and created a separate CEO position for TikTok, which is now held by Shouzi Chew.

His decision to step back may ultimately benefit ByteDance, said Li Chengdong, founder of Beijing-based tech consultancy Dolphin. “It defends both the company and himself from future attack.”

“Usually, a change of CEOs is not good for the company, but this is a CEO change with Chinese characteristics,” Li added. “Zhang could still stay in charge.”

Denial of responsibility! TechiLive.in is an automatic aggregator around the global media. All the content are available free on Internet. We have just arranged it in one platform for educational purpose only. In each content, the hyperlink to the primary source is specified. All trademarks belong to their rightful owners, all materials to their authors. If you are the owner of the content and do not want us to publish your materials on our website, please contact us by email – admin@techilive.in. The content will be deleted within 24 hours.
Loading...
bytedanceEducation newsEducation updatefounderInvestorsnews updateshockedStaff
0
Share