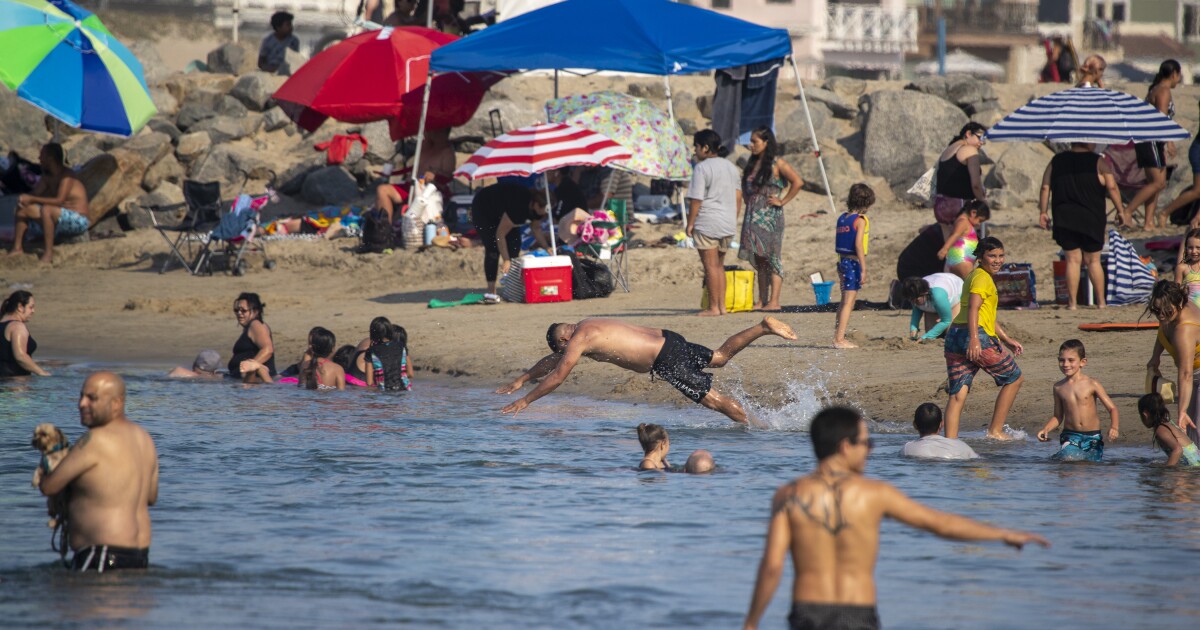 A Labor Day weekend road trip is going to put extra strain on your pocketbook this year.

Heading into the holiday weekend, Californians are paying the highest price ever per gallon of gas for this time of year — $4.39 for regular, according to the Auto Club of Southern California. That price has remained unchanged over the last week. A year ago, the statewide average was $3.24 a gallon for regular.

The national average price is $3.18 per gallon, up from $2.23 per gallon a year ago, according to the Auto Club.

Gasoline prices have been on the rise all summer in response to unusually high demand, Auto Club spokesman Jeffrey Spring said. For the summer travel season, the Auto Club had projected in May a sharp increase in overnight road trips that included hotel stays compared with the prior two years. The projection was based on an increase in requests — as much as 1,474% higher — for customized vacation route maps offered to Auto Club members.

Gas prices have remained steady over the last few days despite the devastating effects of Hurricane Ida, which hit land Sunday among the fuel refineries and pipelines of the Gulf Coast. The storm has since moved north, killing at least 49 people from Maryland to New York.

The hurricane forced the brief shutdown of a key oil and gas transporter in the Southeast region of the country operated by Colonial Pipeline Co., but company officials said the line was back in service Thursday. The company was the victim of a cyberattack in May that forced the closure of its major East Coast pipeline, leading to gas shortages up and down the coast.

In California, gas prices usually begin to drop in late August as the summer travel season ends. But Spring said demand has remained strong, keeping prices from falling. Prices, he said, will eventually drop over the next several weeks as the travel season ends and Southern California gas stations switch in late October to a new, less expensive blend of gasoline.

To compensate for the higher gas prices, California vacationers are likely to spend less on food and souvenirs but will not put off their weekend plans, he said.

“The Auto Club expects that travelers will economize in other ways to cover that increased cost,” Spring said.

Denial of responsibility! TechiLive.in is an automatic aggregator around the global media. All the content are available free on Internet. We have just arranged it in one platform for educational purpose only. In each content, the hyperlink to the primary source is specified. All trademarks belong to their rightful owners, all materials to their authors. If you are the owner of the content and do not want us to publish your materials on our website, please contact us by email – [email protected]. The content will be deleted within 24 hours.
Loading...
CaliforniansDayEducation newsEducation updategashighestlabornews update
Share