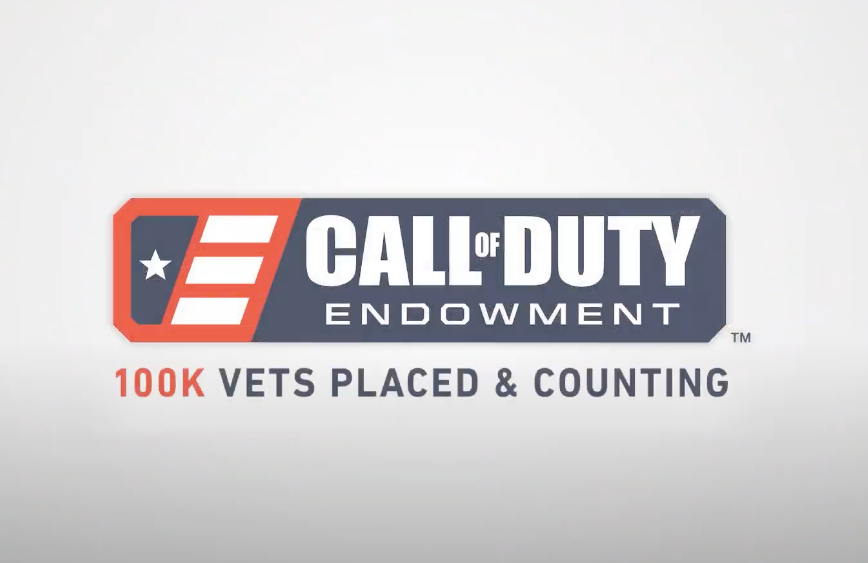 Activision Blizzard’s Call of Duty charity, the Call of Duty Endowment, has hit a major milestone. The charity announced that it has now placed 100,000 military veterans in new civilian jobs, reaching the 100,000 mark two years ahead of schedule.

What’s more, Activision Blizzard said it plans to invest a further $30 million into the Call of Duty Endowment to support its objectives over the next five years.

The Call of Duty Endowment was founded in 2009 with the aim of helping soldiers and other military personnel in the US and UK find new jobs after leaving the service.

United States Marine Corps retired general James Jones, who is a co-chair of the charity, said he is proud of the 100,000 figure, but acknowledged that there is “much, much more we can and should be doing to support our veteran community as they transition to civilian employment.”

Activision Blizzard also released a new white paper, titled “Lessons Learned for the Future of Veteran Employment,” that contains a number of insights and data points regarding former service people finding new jobs after leaving the military. It states that less than 1/10 of 1% of the $300 billion that the US government spends to support veterans is focused on job placement. Data in the white paper from The Veterans Metrics Initiative showed that 61% of veterans are underemployed and that 55% said they believe they have skills and experience beyond the job they currently have.

The Endowment is funded also in part by fans who buy digital content for Activision’s games. In 2021, Treyarch released a DLC pack inspired by former Army medic Tim Hobbs for Black Ops Cold War, with proceeds going in part to the Endowment. There was also the Revival Challenge in Call of Duty Warzone for Military Appreciation Month that raised money for the Endowment.

It is not immediately clear what impact, if any, Microsoft’s proposed acquisition of Activision Blizzard could have on the Endowment. Keep checking back with GameSpot for the latest.

As for the Call of Duty series, 2022 will see the release of Call of Duty: Modern Warfare 2 and the next Warzone experience. Development on both is being led by Infinity Ward, with support from Activision’s network of studios.

Activision Blizzard has come under pressure and scrutiny lately for its workplace culture, as well as controversies surrounding its top boss, Bobby Kotick, who is accused of knowing about and covering up instances of sexual harassment and abuse. Kotick reportedly also threatened to kill someone.

Denial of responsibility! TechiLive.in is an automatic aggregator around the global media. All the content are available free on Internet. We have just arranged it in one platform for educational purpose only. In each content, the hyperlink to the primary source is specified. All trademarks belong to their rightful owners, all materials to their authors. If you are the owner of the content and do not want us to publish your materials on our website, please contact us by email – [email protected]. The content will be deleted within 24 hours.
30mactivisionagmeupdatecallDutyEndowmentGames newsgaming
Share