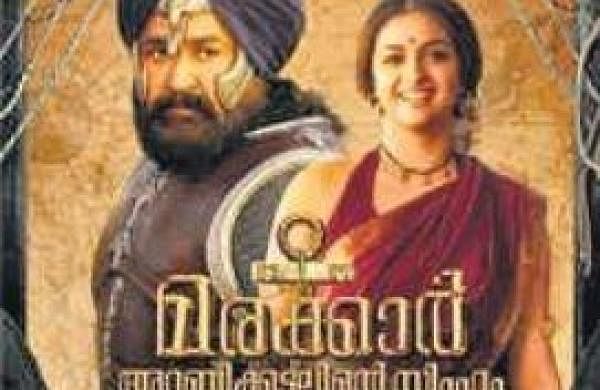 KOCHI: At a time when the Malayalam film industry was trying to overcome the impact of Covid- 19, the second wave of the pandemic has forced a temporary closure to the ongoing movie shootings on Monday. Filming of at least 25 movies was progressing at various places in the state when fresh Covid cases peaked last week. Now, with the district administration imposing more restrictions in Kochi, the state’s film hub, the shooting as well as post-production work of movies have come to a grinding halt. “Shooting has stopped not only in Kochi but also in other parts of the state.

For instance, the filming of my new movie 19aam Noottandu (19th Century) was on in Palakkad when the second wave of the pandemic hit. The day before yesterday, we decided to break the schedule,” said director Vinayan. “With more restrictions soon to be enforced, it will be difficult to shoot big-budget movies which require hundreds of junior artists on a single frame,” he said.

Meanwhile, nearly 60 movies, which were completed last year, will now have to wait longer for their theatrical release. While makers of small budget movies are looking to sell their content to the OTT platform, producers of big-budget movies, have no other option but to wait. This means movies including Kaaval starring Suresh Gopi, Marakkar-Arabikkadakinte Simham with Mohanlal in the lead role, Fahadh Faasil’s Maalik, Nivin Pauly’s Thuramukham, Biju Menon-Manju Warrier starrer Lalitham Sundaram and Unni Mukundan’s Meppadiyaan will have to wait longer for their theatrical release. A total of 35 films including Aarattu, Theerppu, Kanakam Kamini Kalaham, Mahaveeryar, Bhramam, Pathrosinte Padappukal, Prakashan Parakatte, Oru Tatwika Avalokanam, Kuruthi and Ajagajantharam were completed this year.

“The first three months of 2021 has seen nearly 35 films getting completed. We were expecting that things will improve by May-June. But now we will have to think of other options. However, major online streaming platforms are also not keen on buying contents unless it has some star value,” said a producer. Commenting on the increase in the number of movies that got completed after the lockdown, a production controller said most of the makers selected themes cleverly to manage the shooting adhering to Covid- 19 protocol. “For instance, Kanakam Kamini Kalaham was mainly shot in a set built inside a hotel in Kochi. After completing its Rajasthan schedule, Mahaveeryar was shot in the sets made inside Kalikotta Palace in Tripunithura,” he said.A S Dinesh, a film PRO, said the uncertainty is likely to continue for a few more months.

Denial of responsibility! TechiLive.in is an automatic aggregator around the global media. All the content are available free on Internet. We have just arranged it in one platform for educational purpose only. In each content, the hyperlink to the primary source is specified. All trademarks belong to their rightful owners, all materials to their authors. If you are the owner of the content and do not want us to publish your materials on our website, please contact us by email – [email protected]. The content will be deleted within 24 hours.
Loading...
CamerasCovid-19dimmedentertainment newsEntertainment updateFilmgrindingHalt
0
Share

Tweet Buster: Why most great investors start their stock picking journey with microcaps

An Eye to the Future of Healthcare