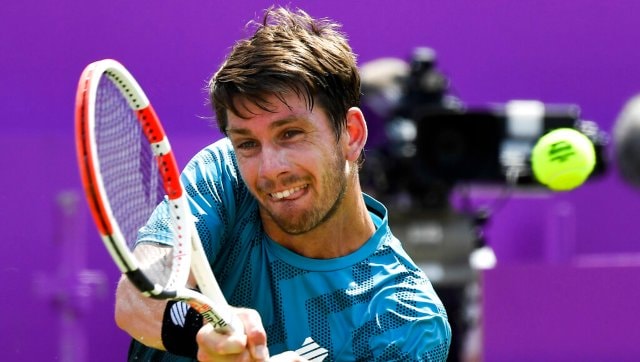 London: Cameron Norrie will face fellow British player Jack Draper in the quarter-finals at Queen’s after both won their second-round matches on Wednesday.

Teenager Draper, ranked 309th in the world, has rewarded the organisers for giving him a wildcard entry.

Fellow Britons Dan Evans and Andy Murray could make it a quartet in the last eight if they win their matches on Thursday.

It is the first time since 2005 — the year Murray made his debut at Queen’s — that Britain has had four players in the second round.

Norrie and Draper also gave the 2,500 spectators — permitted under coronavirus

protocols — a perfect day in the warm London sunshine.

“This is a step up from my first-round match (a three-set win over Spaniard Albert Ramos-Vinolas),” said Norrie.

“He (Karatsev) was not easy and was coming back quickly at me.”

Draper looked down and out in the first tie-breaker but Bublik fluffed two successive serves at 5-4 up and the 19-year-old sealed the set with a rasping backhand down the line.

Bublik resorted to an underarm serve at break point down in the second set, which Draper seized to lead 3-2.

However, the Kazak player broke back when Draper served for the match and forced a tie-break, which the Briton swept 7-0.

“I made a couple of rash decisions serving for the match at 6-5 and you cannot do that at this level,” he said.

“It is great to have a couple of thousand people watching me as on the Futures Tour it is one man and his dog.”

Denial of responsibility! TechiLive.in is an automatic aggregator around the global media. All the content are available free on Internet. We have just arranged it in one platform for educational purpose only. In each content, the hyperlink to the primary source is specified. All trademarks belong to their rightful owners, all materials to their authors. If you are the owner of the content and do not want us to publish your materials on our website, please contact us by email – [email protected]. The content will be deleted within 24 hours.
allEnglishAslanBeatsCameronDraperFirstpostJackKaratsev
Share

Apple hints AirPods might get an awesome hidden feature soon

It’s Supernatural vs. Once You Go Black

Down to Zero: Terra Luna Crash and Its Impact on Crypto…