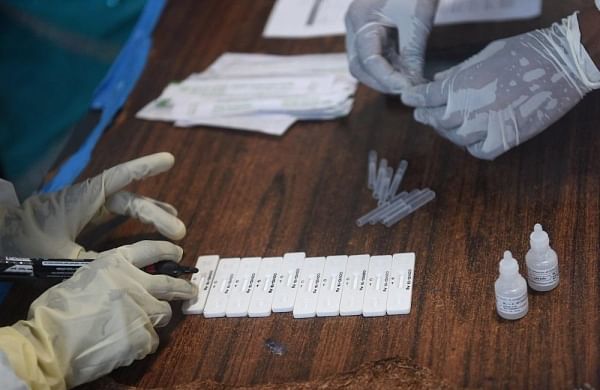 Can COVID-19 vaccines affect your period? Here’s what experts have to say

WASHINGTON: It’s not known, but researchers are starting to study the issue.

Vaccines are designed to activate your immune system, and some experts have wondered if that could temporarily disrupt menstrual cycles.

So far, reports of irregular bleeding have been anecdotal.

And it’s hard to draw any links to the vaccines since changes could be the result of other factors including stress, diet, and exercise habits.

There’s also a lack of data tracking changes to menstrual cycles after vaccines in general.

If scientists do eventually find a link between the vaccine and short-term changes in bleeding, experts say that would be no reason to avoid getting vaccinated.

“The benefits of taking the vaccine certainly way outweigh putting up with one heavy period, if indeed they’re related,” said Dr. Mary Jane Minkin, a gynecologist and a professor at the Yale University School of Medicine.

The findings won’t determine whether there’s a relationship between COVID-19 vaccines and menstrual changes, but could help form the basis for further research, said Katharine Lee, one of the researchers, who is based at Washington University in St. Louis.

Dr. Jen Gunter, an obstetrician, and gynecologist in the San Francisco Bay Area, said a link is possible, since the uterine lining, which is shed during menstruation, contains immune cells that help protect the uterus.

There’s no evidence that any vaccines, including COVID-19 vaccines, affect fertility, according to the US Centers for Disease Control and Prevention and the American College of Obstetricians and Gynecologists.

Loading...
Denial of responsibility! TechiLive.in is an automatic aggregator around the global media. All the content are available free on Internet. We have just arranged it in one platform for educational purpose only. In each content, the hyperlink to the primary source is specified. All trademarks belong to their rightful owners, all materials to their authors. If you are the owner of the content and do not want us to publish your materials on our website, please contact us by email – [email protected]. The content will be deleted within 24 hours.
affectcoronavirusCOVID side effectsCovid-19Covid19ExpertsHereslifestyle news
0
Share