Notice: amp_is_available was called incorrectly. `amp_is_available()` (or `amp_is_request()`, formerly `is_amp_endpoint()`) was called too early and so it will not work properly. WordPress is currently doing the `pre_get_posts` hook. Calling this function before the `wp` action means it will not have access to `WP_Query` and the queried object to determine if it is an AMP response, thus neither the `amp_skip_post()` filter nor the AMP enabled toggle will be considered. It appears the theme with slug `publisher` is responsible; please contact the author. Please see Debugging in WordPress for more information. (This message was added in version 2.0.0.) in /home/runcloud/webapps/techilive/wp-includes/functions.php on line 5313
 Cancel Class 12 board exams, evaluate students on past performance: Delhi CM - TechiLive.in 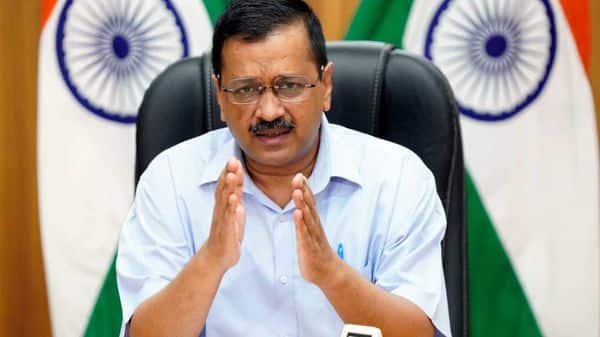 Ahead of the crucial meeting to be chaired by the Prime Minister Narendra Modi regarding the board exams, Delhi Chief Minister Arvind Kejriwal on Tuesday urged to the Centre to cancel Class 12 boards in the view of the COVID-19 pandemic. And he further suggested to that the students be evaluated on the basis of past performance.

In a tweet, the Delhi CM said, “Students and parents are really worried about Class 12 board exams. They want that the exams should not be conducted without vaccination. I appeal to the Centre that the exams be cancelled and the evaluation be done on basis of the past performance.”

With the growing demand of from students to cancel the class 12 board exams, the Prime Minister will chair a meeting on Class 12 board exams today evening. During the meeting, he will be briefed about all the possible options for Class 12 students.

The government has informed the Supreme Court, which is hearing a plea seeking the exam’s cancellation, that it will take a final decision by June 3.

Last month, the Ministry of Education had sought detailed suggestions from states and union territories on proposals discussed in a high-level meeting on the issue. Following a high-level meeting regarding the issue, the Union education minister Ramesh Pokhriyal Nishank had said that an “informed, collaborative” decision on conducting the class 12 board exams will be taken by 1 June.

The ministry had recently sought detailed suggestions from the states and Union Territories on the proposals discussed in a high-level meeting held on the issue.

The CBSE had on April 14 announced cancellation of class 10 exams and postponement of class 12 exams in view of surge in coronavirus cases.

Conducting Class 12 board exams before vaccinating students can prove to be a big mistake: Sisodia

Last month, Delhi Deputy Chief Minister Manish Sisodia also told the Centre that conducting Class 12 board exams before vaccinating students can prove to be a big mistake. Sisodia had made the suggestion at the high-level meeting called by the Ministry of Education.

“Raised the demand for making arrangements for vaccinating Class 12 students before board exams at a meeting with the central government. Conducting the examination by toying with students’ safety will prove to be a big mistake. First vaccine, then exams,” he had tweeted in Hindi.

“Ninety-five per cent of Class 12 students are above the age of 17.5 years. The Centre should talk to experts if they can be given Covishield or Covaxin vaccines,” Sisodia said.

The Centre should also talk to Pfizer for the vaccination of Class 12 students, he added.

Loading...
Denial of responsibility! TechiLive.in is an automatic aggregator around the global media. All the content are available free on Internet. We have just arranged it in one platform for educational purpose only. In each content, the hyperlink to the primary source is specified. All trademarks belong to their rightful owners, all materials to their authors. If you are the owner of the content and do not want us to publish your materials on our website, please contact us by email – admin@techilive.in. The content will be deleted within 24 hours.
Arvind KejriwalBoardCancelcbse examCBSE exam canceled amid COVID surgeCBSE exam updateClassDelhi
0
Share