Notice: amp_is_available was called incorrectly. `amp_is_available()` (or `amp_is_request()`, formerly `is_amp_endpoint()`) was called too early and so it will not work properly. WordPress is currently doing the `pre_get_posts` hook. Calling this function before the `wp` action means it will not have access to `WP_Query` and the queried object to determine if it is an AMP response, thus neither the `amp_skip_post()` filter nor the AMP enabled toggle will be considered. It appears the theme with slug `publisher` is responsible; please contact the author. Please see Debugging in WordPress for more information. (This message was added in version 2.0.0.) in /home/runcloud/webapps/techilive/wp-includes/functions.php on line 5313
 Cancelling the Tokyo Games: A conundrum of ‘Olympic’ proportions or a simple decision? - TechiLive.in 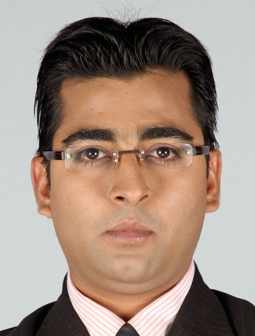 Cancelling the Tokyo Games: A conundrum of ‘Olympic’ proportions or a simple decision?

To play or not to play? The dilemma facing the organisers of the Tokyo Olympics is in many ways far graver than the one Shakespeare’s Hamlet faced (‘to be, or not to be, that is the question’). After all, there are many more lives at stake here. A lot of people would say there should be no dilemma at all and that the simple answer to that question right now would perhaps be – don’t play, no matter what.

But at the very outset, it’s important to point out that it’s not an easy decision to make. Various factors have to be taken into account. However, at the end of the day nothing can be more important than the safety and well-being of people. It would be foolish to assume that the organisers don’t know that already. But that begs the question – why is the messaging from the IOC one that keeps stating that the Games will forge ahead? Can they themselves be sure of conducting a 100% safe Olympics?

Remember the messaging from Japan (Shinzo Abe) was that they wanted to hold the Games as a symbol of mankind having won its war against the Coronavirus. Abe in fact, about a month after the Games were postponed last year, after massive resistance from all quarters including the athletes, had also indicated that it was important for the war against the Coronavirus to have been won, saying, “Otherwise it will be hard to hold the Games.”

We are in 2021 and the fight is far from over. The virus is not relenting. Things are not where the IOC and Japan wanted them to be with less than 10 weeks to go for the Games (July 23).

With each passing day the divide between the pro and anti Games camps is growing wider.

That there is massive public and administrative opposition to the Games in Japan is not surprising. And the chorus of voices asking for the Games to be postponed or cancelled is steadily growing louder. Tokyo and other prefectures are in a ‘state of emergency’ at least till May 31. The country’s health infrastructure is stretched. The vaccination drive in Japan has been sluggish (according to reports about 3.7% of the entire population of 126 million have received at least one vaccine shot).

One of the latest and perhaps a telling blow for the Games was the Tokyo Medical Practitioners Association, which represents about 6000 doctors, writing an open letter to the Japanese Prime Minister Yoshihide Suga recently. Part of the letter reads – “We strongly request that the authorities convince the IOC (International Olympic Committee) that holding the Olympics is difficult and obtain its decision to cancel the Games.”

A recent poll conducted by Japanese daily Asahi Shimbun showed that over 80% of the respondents were opposed to the Games being held this year. While 43% wanted the Games to be cancelled, 40% felt there should be another postponement. Meanwhile over 350,000 people signed an online petition titled “Stop Tokyo Olympics” asking for the Games not to be held. The numbers tell a story. Public opinion cannot be ignored when the largest sporting event in the world is to be hosted in just over two months’ time in the middle of a raging pandemic.

That a large section of the Japanese population feel that the Games shouldn’t happen is completely understandable. No one would want an influx of foreigners (approximately 15,000 athletes and officials between the Olympics and Paralympics as per recent reports) in their country at a time like this, despite assurances that the Games can be held safely. The Covid situation after all is just too unpredictable and not allowing foreign spectators or hosting the Games possibly in front of empty stands will not be enough to convince the Japanese public that the Olympics will not pose a threat to the country in terms of an outbreak. Japan remember has had some success in controlling the numbers. The latest numbers show that the country has just over 83,000 active cases, with 1% of those in critical condition.

In the history of the modern Summer Olympics, the Games have only been cancelled thrice before (1916, 1940 & 1944). All three times the reason was a World War. Those opposed to the Games on safety grounds will say that the world is at war again. This time against a virus. And that should be reason enough to cancel the Games.

But is it really that easy to pull the plug on the Games?

It’s important to understand the exact framework of the Olympics contract before arriving at an answer.

As far as the rules of the contract between the International Olympic Committee (IOC) and a host country is concerned, only the IOC has the contractual right to cancel the Games.

The part of the contract between the IOC and Tokyo that talks about “termination of contract” has various sub-categories. The most important one states – “The IOC shall be entitled to terminate this contract and to withdraw the Games from the City if: i) The host country is at any time, whether before the Opening Ceremony or during the Games, in a state of war, civil disorder, boycott, embargo decreed by the international community or in a situation officially recognised as one of belligerence or if the IOC has reasonable grounds to believe, in its sole discretion, that the safety of participants in the Games would be seriously threatened or jeopardised for any reason whatsoever.”

The last part of that termination clause (in bold) is what gives the IOC the right to cancel the Tokyo Games as things stand right now. It doesn’t really need to be understood or interpreted in any other way.

What’s interesting though is that the IOC doesn’t seem to be in a mood to relent, just yet. On Wednesday, IOC President Thomas Bach was quoted as saying – “The IOC has offered to the Organising Committee to have additional medical personnel as part of the NOC (National Olympic Committee) delegations.” This seems to be in response to the Tokyo Medical Practitioners Association’s open letter to the Japanese PM, which also spoke about how their health infrastructure is already stretched. Bach also added – “We must concentrate on the delivery of these safe and secure Olympic Games.”

There is a lot of money at stake, the stakeholders are numerous, the list of contractual obligations is a long one and the IOC seems to be in a mood to roll the dice.

So whose court is the ball in currently then?

If Japan was to pull the plug as hosts, the losses incurred of course would then fall on the Organising Committee. So from Tokyo’s point of view a joint decision with the IOC to cancel the Games would be the best way out (just like the postponement last year was a joint call). There is also insurance that covers most of the major stakeholders in that scenario. The trouble is, the IOC seems determined to go ahead with the Games.

Last year when the Games were postponed Shinzo Abe was the Japanese PM. This time there’s a different man in charge. Will that affect the outcome in any way?

In the middle of all this, spare a thought for the athletes who have qualified for the Olympics. For many this would have been the chance to participate in their first ever Games, for others the chance to bid adieu with a final flourish. India’s very own Saina Nehwal and Kidambi Srikanth have all been all but denied a chance to participate (provided the Games do happen) largely because of qualifying events being cancelled due to the Coronavirus situation across the world. Will they get a chance to compete again at the Olympics? The next edition is in Paris in 2024.

Many others who are already in competition mode or in the middle of last minute training (wherever and however much possible due to massive restrictions) are hoping they get to participate. Veteran Indian shooter Sanjeev Rajput told TimesofIndia.com recently that the Games should happen and that their hard work should not go in vain. Yet others like Japanese tennis star Naomi Osaka, who is poised to make her Olympic debut in Tokyo told the BBC recently that she is “not really sure” if the Games should happen.

The unrelenting Coronavirus has claimed many victims. As things stand, despite repeated assurances from the organisers, it’s far from certain perhaps that the Tokyo Olympic Games will indeed go ahead as per schedule. To play or not to play? That is the question and it needs a definitive answer very very soon.

Views expressed above are the author’s own.

Denial of responsibility! TechiLive.in is an automatic aggregator around the global media. All the content are available free on Internet. We have just arranged it in one platform for educational purpose only. In each content, the hyperlink to the primary source is specified. All trademarks belong to their rightful owners, all materials to their authors. If you are the owner of the content and do not want us to publish your materials on our website, please contact us by email – admin@techilive.in. The content will be deleted within 24 hours.
A Good Sport blogAkaash Dasgupta blogCancellingconundrumdecisionGamesnews updateOlympic
0
Share

Back to Office at Saks Means Mandatory Vaccines, Optional Manicures