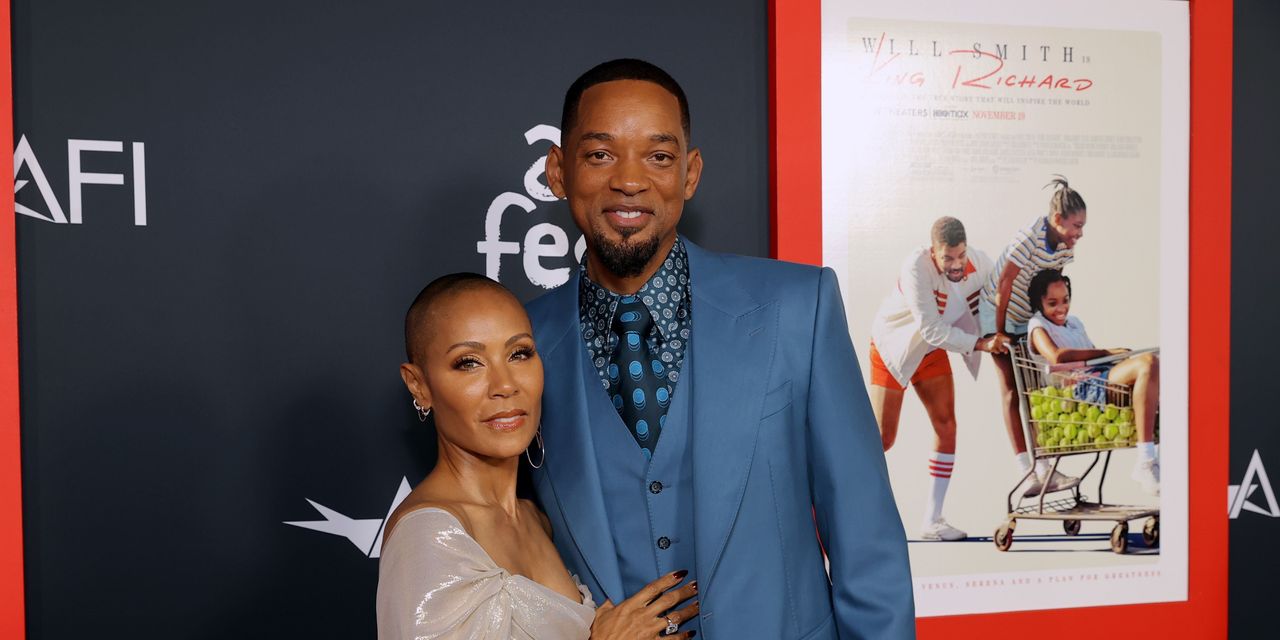 executives, has agreed to buy a stake in

media company, the latest in a series of high-profile acquisitions for the

The company, which is run by former Disney executives

is paying about $60 million to acquire more than 10% of Westbrook Inc., according to people familiar with the matter.

Founded in 2019, Westbrook has backed projects including the recent film “King Richard,” a biopic chronicling the life of

the father of tennis stars

Other Westbrook projects include the “Fresh Prince of Bel-Air” reunion on HBO Max and “Red Table Talk,” a show on

“Westbrook is the realization of our dream to give artists from all backgrounds equal opportunities to pursue their creative visions and share their stories,” Ms. Pinkett Smith and Mr. Smith said in a statement. “We are pleased to join forces with Kevin, Tom and Blackstone to accelerate this mission by growing our content pipeline, our talent network, and our global expansion plans.”

The Westbrook deal is the latest in a series of acquisitions in recent months for Messrs. Mayer and Staggs’s venture.

In November, the firm said it was buying Moonbug Entertainment Ltd., the company behind hit children’s shows “CoComelon” and “Blippi,” for about $3 billion. In August, it said it was spending $900 million to acquire Hello Sunshine, the media company founded by

Mr. Mayer told The Wall Street Journal in August that he and Mr. Staggs were creating a new entertainment company for Hollywood’s streaming era. Some media companies are reluctant to license shows and movies to rivals, Mr. Mayer said, creating an opportunity for a new, independent player.

Hollywood has seen a glut of deals in recent months as buyers cash in on the demand for movies and TV shows for new streaming services.

SpringHill Co., an entertainment company co-founded by National Basketball Association star LeBron James, agreed in October to sell a majority stake to a consortium of investors that valued the business at $725 million.

Appeared in the January 5, 2022, print edition as ‘Media Firm Co-Founded by Will Smith And Jada Pinkett-Smith to Sell Stake.’

Denial of responsibility! TechiLive.in is an automatic aggregator around the global media. All the content are available free on Internet. We have just arranged it in one platform for educational purpose only. In each content, the hyperlink to the primary source is specified. All trademarks belong to their rightful owners, all materials to their authors. If you are the owner of the content and do not want us to publish your materials on our website, please contact us by email – [email protected]. The content will be deleted within 24 hours.
035760.KQacquisitionsAcquisitions/MergersAcquisitions/Mergers/ShareholdingsAlternative InvestmentsBlackstoneBroadcastingbusiness news
Share

Where I Found Humanity Inside Inscryption