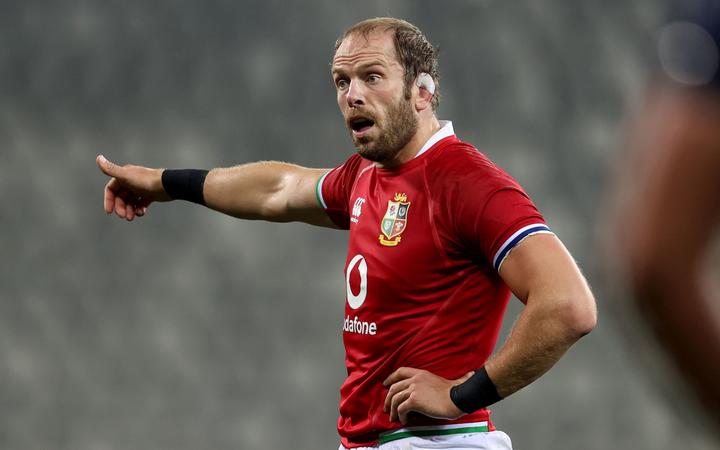 British & Irish Lions captain Alun Wyn Jones has described his remarkable return from injury to face South Africa in the first test as “special”, but won’t let the emotion of the occasion distract him from the job at hand

Jones dislocated his shoulder during the 28-10 victory over Japan in Edinburgh on June 26, and was initially ruled out of the tour, his fourth with the Lions.

But three days later he was told there was a chance he could still feature in the test series and his single-minded goal from then on was to make sure he could board a plane to South Africa.

“The first few days after that, getting home (from the Japan game) GǪ it was a tough one. But fast-forward to the Tuesday when I was told there was a chance, it was bordering on surreal,” Jones told reporters on Wednesday.

“To be here, taking the knocks and bumps and being among the group, it means more, I’m not going to lie. I was willing to work hard and make it difficult for the guy next to me (coach Warren Gatland) by making myself available for the tests.”

Jones arrived in Cape Town last Thursday, got 30 minutes against the Stormers two days later and will now lead the side from the second row against the world champion Springboks.

“To be sitting here now, involved in the test week, is something I have worked for over the last four years,” he said. “It’s a special thing.”

As for what he will tell the players ahead of the first test, Jones says he will do what he always does to stay calm.

“When you get to this level and have the type of players we do, it doesn’t have to be over-complicated. The big word is going to be composure.

“There will be a lot of emotion involved, but the simplistic approach is what I have used with Wales in the past and I will continue in the same way.”

Wales lost to the Boks in the World Cup semi-finals two years ago and England were beaten by them in the final.

“You have to park that, it’s gone. This is the same colour jersey (as Wales) but it has a different badge on it. Having said that, the experience gives the guys involved, the Welsh and English from that tournament, an insight in terms of what we are up against.”

Denial of responsibility! TechiLive.in is an automatic aggregator around the global media. All the content are available free on Internet. We have just arranged it in one platform for educational purpose only. In each content, the hyperlink to the primary source is specified. All trademarks belong to their rightful owners, all materials to their authors. If you are the owner of the content and do not want us to publish your materials on our website, please contact us by email – [email protected]. The content will be deleted within 24 hours.
AudiocalmCaptainCurrent AffairsJonesLionsNewsnews update
0
Share