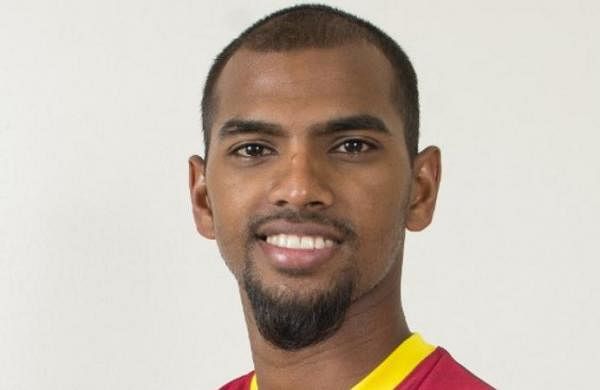 BASSETERRE: Guyana Amazon Warriors are a foot ahead in the 2021 Hero Caribbean Premier League (CPL) semi-finals following a 46-run victory over the Jamaica Tallawahs at Warner Park, St Kitts.

The Amazon Warriors won the toss and elected to bat first and captain Nicholas Pooran led the way with a brutal 75 not out to set the Tallawahs 170 to win in Saturday’s match.

In reply, the Tallawahs succumbed to a heavy defeat as Odean Smith and Gudakesh Motie combined to bowl the Amazon Warriors to victory.

Guyana got their innings off to a steady start amassing 46 runs in the PowerPlay but they had to contend with the loss of Brandon King and Chandrapaul Hemraj in doing so.

Despite Shimron Hetmyer then running himself out, Nicholas Pooran and Shoaib Malik put together a partnership of 54 runs from 33 balls to place Guyana in a strong position with six overs to go.

Pooran then took on the responsibility of getting his side into a good position and his pyrotechnics at the back end of the innings ensured Guyana Amazon Warriors posted a very competitive 169/6.

The Tallawahs were able to keep pace with the required run rate in the early stages of their reply as Haider Ali and Kirk Mckenzie overcame the loss of Kennar Lewis to put on a 41-run partnership.

Odean Smith’s entry into the attack proved pivotal as his two wickets in two balls swung the pendulum back in Guyana’s favour and he wasn’t done there as he also got rid of Andre Russell in a wonderful wicket maiden over.

Alongside Smith, Gudakesh Motie spun a web as his three wickets helped ensure there was no chance of an unlikely win for the Tallawahs.

The victory for the Amazon Warriors means the Tallawahs will now have to win the return game to make the semi-finals.

Loading...
Denial of responsibility! TechiLive.in is an automatic aggregator around the global media. All the content are available free on Internet. We have just arranged it in one platform for educational purpose only. In each content, the hyperlink to the primary source is specified. All trademarks belong to their rightful owners, all materials to their authors. If you are the owner of the content and do not want us to publish your materials on our website, please contact us by email – [email protected]. The content will be deleted within 24 hours.
AmazonCaribbeanCaribbean Premier LeagueCaribbean Premier League 2021closerCPLCPL 2021Guyana
Share

Botox and Fillers by Curated Medical: Why Clients Sign Up for Botox Injections at this Trusted Medical Spa