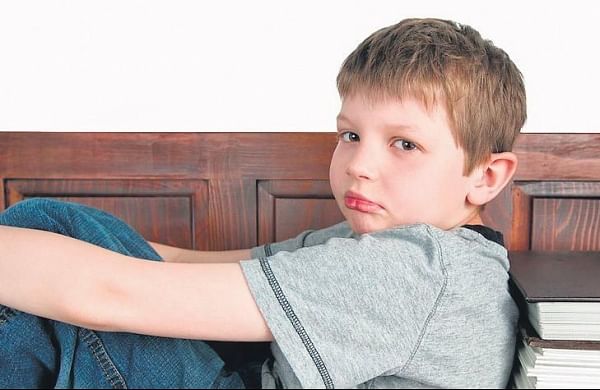 Caring for a child with ADHD

HYDERABAD:  We often overlook children who are inattentive, hyperactive and impulsive, and term them as ‘troublesome’ or ‘mischievous’. We often fail to observe and realise that these kids aren’t just ‘acting out’, but these signs indicate that their daily life is being affected negatively. When children tend to have problems with attention, organisation, impulse control and hyperactivity, it is said by clinical psychologists that it could be a sign of Attention-Deficit Hyperactivity Disorder (ADHD).

ADHD is a neurological disorder that is manifested in an individual’s behaviour and if not treated during childhood, could be carried forward to adulthood. This disorder makes it difficult for the individual to pay attention, listen to instructions, finish a task they have started and participate in activities that require mental effort. The child is also restless and persistently active. Therefore, we must notice these signs and identify them in children so that they are treated during the early stages.

Sudeep Chandra Chanda, a psychology research scholar at Osmania University, says, “A person who has ADHD tends to overlook or miss details at school or work, is in constant motion (always moving around), has issues with paying attention to tasks and dislikes work that requires mental effort. However, it is important to note that not everyone who shows these symptoms has ADHD. It could be a general case of lack of attention, dislike to tasks or restlessness. A person is said to have ADHD only when the symptoms are observed over a period of six months and when it affects their daily life.”

Identifying the symptoms is important; the sooner these are identified, the sooner these can be treated. But to be able to provide help to these children, it is important to know the symptoms and address them with care. Rachel Nandi, a clinical psychologist at Manasa Nursing Home, Secunderabad, says, “A few of the symptoms that can be easily identified are lack of attention, avoidance of work that requires mental effort, fidgeting and squirming while seated, excessive talking, blurting out an answer before a question has been completed, losing things necessary for tasks, being resentful, failing to follow through on instructions, being easily distracted by unrelated thoughts, being unable to engage in hobbies quietly or speaking out of turn in a conversation.”

Denial of responsibility! TechiLive.in is an automatic aggregator around the global media. All the content are available free on Internet. We have just arranged it in one platform for educational purpose only. In each content, the hyperlink to the primary source is specified. All trademarks belong to their rightful owners, all materials to their authors. If you are the owner of the content and do not want us to publish your materials on our website, please contact us by email – [email protected]. The content will be deleted within 24 hours.
Loading...
ADHDAttention deficit hyperactivity disorderCaringchildwithlifestyle newslifestyle updatenews updatetechi live
0
Share

The U.S. softball team opens against Italy, with the veteran Cat Osterman pitching.