Notice: amp_is_available was called incorrectly. `amp_is_available()` (or `amp_is_request()`, formerly `is_amp_endpoint()`) was called too early and so it will not work properly. WordPress is currently doing the `pre_get_posts` hook. Calling this function before the `wp` action means it will not have access to `WP_Query` and the queried object to determine if it is an AMP response, thus neither the `amp_skip_post()` filter nor the AMP enabled toggle will be considered. It appears the theme with slug `publisher` is responsible; please contact the author. Please see Debugging in WordPress for more information. (This message was added in version 2.0.0.) in /home/runcloud/webapps/techilive/wp-includes/functions.php on line 5313
 Centre releasing ₹7750 crore to states for immediate education expenses - TechiLive.in 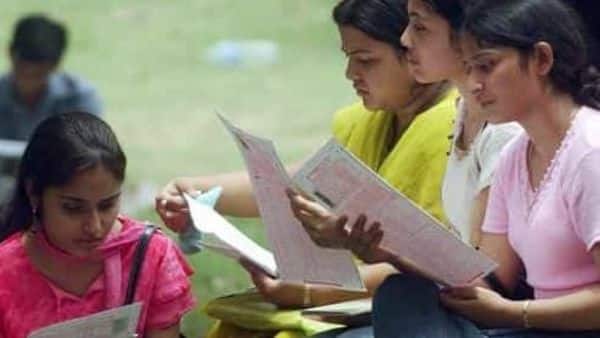 New Delhi: The union government is releasing almost Rs.7750 crore to states to meet immediate education expenses during the ongoing pandemic, the union education ministry said after a meeting with the state education secretaries on Monday.

Of the total amount, Rs.5228 crore have been released as “ad hoc grants” under the flagship school education program called ‘Samagra Shikha Abhiyan’ and Rs.2500 crore will be released soon to continue various initiatives including online education, the union education ministry said.

It further explained that the school education department of the ministry has started conducting the meetings of the project approval boards (PABs) virtually for approving annual work plan, and budgets of the states under SSA, “so that the states and union territories (UTs) can get timely (financial) approvals for implementation of the above interventions”.

“Ad-hoc grants to the tune of ₹5228 crore have already been released to the states under Samagra Shiksha and an amount of ₹2500 crore will be released soon to ensure continuity of various educational initiatives by the states and union territories,” the ministry said.

Addressing the meeting education minister Ramesh Pokhriyal said the “current situation of COVID-19 is unfortunate, but the government is committed to turn the situation into opportunity by doing new experiments to ensure safety and academic welfare of students.”

While assuring full cooperation from his ministry to state education departments, the minister “emphasized the need to continue the coherent efforts made by the states and union territories in the previous year and underscored the importance of reaching out to most vulnerable and marginalized children in this pandemic period”.

There is a growing concern that underprivileged students are falling off the learning curve both in urban pockets and rural India due to physical closure of schools and lack of access to quality content.

The union education ministry and the state education secretaries, however, did not take a call on the conduct or cancellation of Class 12 Board exams in the meeting, amid a growing chorus to cancel the boards keeping in mind the health of students.

“No discussion on cancelling school boards were taken up,” said an official who attended the meeting but declined to be named. Among other issues, the need for broadband connectivity and better online infrastructure in schools were discussed in the meeting” where around 50 education bureaucrats including principal secretaries from various states participated, the official added.

There was a lot of expectations from the students’ community that the meeting may take a decision on the school board exams conducted by CBSE as well as state school boards. India is reporting an average 300,000 cases and over 4000 deaths per day for last several weeks. Though the case load has decreased a bit when compared with last fortnight, the fatalities are still high. On 14 April, the union government had announced postponement of the CBSE Class 12 board exams and had cancelled the Class 10 exams after a meeting of chaired by Prime Minister Narendra Modi on the subject. Following which, several school boards including ICSE board, states like Haryana, Punjab, Uttar Pradesh, Madhya Pradesh, Odisha, and Gujarat have postponed the class 12 board exams.

Denial of responsibility! TechiLive.in is an automatic aggregator around the global media. All the content are available free on Internet. We have just arranged it in one platform for educational purpose only. In each content, the hyperlink to the primary source is specified. All trademarks belong to their rightful owners, all materials to their authors. If you are the owner of the content and do not want us to publish your materials on our website, please contact us by email – admin@techilive.in. The content will be deleted within 24 hours.
centrecroreeducationeducation expensesEducation newsEducation updateexpensesnews update
0
Share