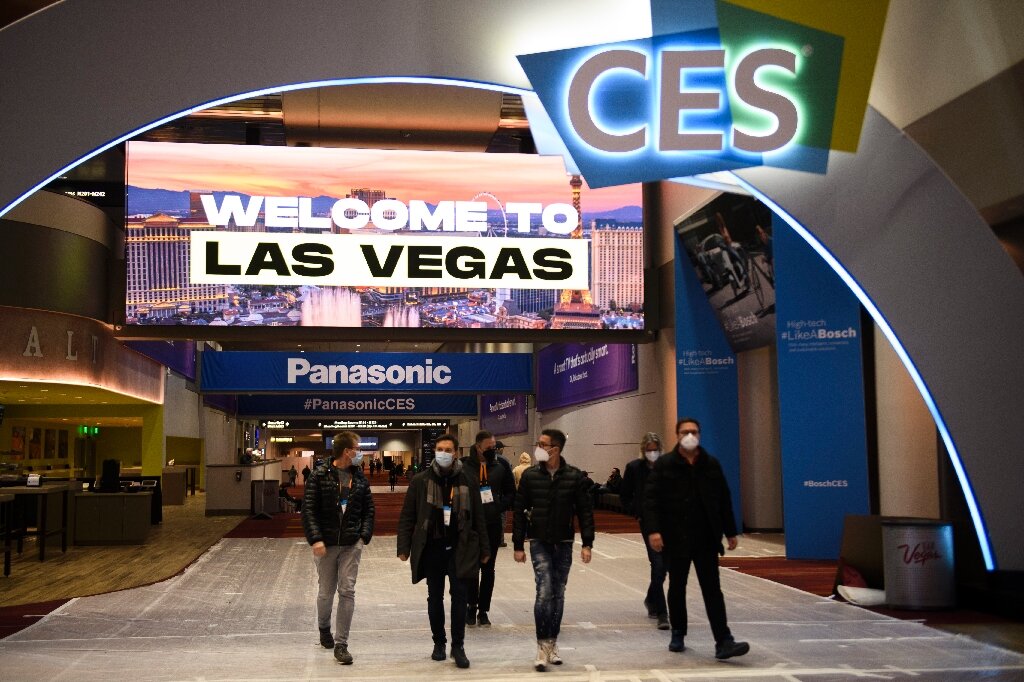 The Consumer Electronics Show (CES) throws open its doors to thousands Wednesday in Las Vegas despite surging Covid-19 cases in the United States, as one of the world’s largest trade fairs tries to get back to business.

After a series of high-profile companies like Amazon and Google cancelled over climbing virus risk, the return of the in-person convention was cast in doubt.

But organizers cited their vaccine and mask requirements while insisting the show—with its mix of journalists, entrepreneurs and tech lovers from around the world—had to go on.

“Despite a few well-publicized cancellations amongst our exhibitors, we have over 2,200 exhibitors here at CES 2022 in Las Vegas, and all of them are counting on us to move forward,” Steve Koenig, a vice president from the group that runs the convention.

Some health experts have voiced caution that people may not universally respect the mask mandate, and noted that daily testing would be a useful tool to keep the spread in check.

The event has been cut back by a day to end Friday, and the scale of the show will be sharply reduced with fewer than half the roughly 4,500 exhibitors that turned up for the last in-person edition in 2020—just before pandemic lockdowns hit the United States.

Badge-wearing attendees pulling suitcases have begun trickling in, some with a bit of trepidation.

“We are concerned and worried given the situation and the spike in the cases,” said exhibitor Bhavya Gohil, who added he was vaccinated and that the organizers’ precautions were reassuring.

“But definitely yes, we are still worried of what could be the outcome,” he noted.

The show is held in a hybrid format, in person but also online, using software developed by Web Summit, a European technology conference.

“But I don’t personally believe that you can mimic online the quality of an actual in-person, humans-to-human interaction,” he added.

Despite a thinner crowd, the show floor will still hold firms hawking everything from quirky gadgets to technology aimed at humanity’s deepest concerns.

One of the top items on the menu for the 2022 edition is transportation, increasingly electric and autonomous.

Space-related technologies are making a strong entrance, after a year that saw peaking interest in space tourism and the development of satellite internet.

And of course, the metaverse is on everyone’s mind, although its definition remains fluid at this stage.

The concept refers to the emergence of a world where digital and real worlds are combined, which humans will access via augmented and virtual reality equipment.

Born out of science fiction, it has become one of tech’s hottest topics since Facebook announced colossal investments in this field and renamed itself Meta.

But for now, the industry is focused on more immediate challenges, such as global chip shortages and supply delays, which are delaying new product launches.

Deals and business are, not surprisingly, top of mind for those who have decided they had to attend CES in person.

“I do think that people are still going to want to do business and this is a show where a lot of business gets done,” said exhibitor Vanessa Camones. “A lot of people don’t want to lose that opportunity. ”

Denial of responsibility! TechiLive.in is an automatic aggregator around the global media. All the content are available free on Internet. We have just arranged it in one platform for educational purpose only. In each content, the hyperlink to the primary source is specified. All trademarks belong to their rightful owners, all materials to their authors. If you are the owner of the content and do not want us to publish your materials on our website, please contact us by email – [email protected]. The content will be deleted within 24 hours.
CESfairgadget updateOpenspandemicShadowtechtech news
Share

One of the Cuphead DLC bosses has a secret phase