Notice: amp_is_available was called incorrectly. `amp_is_available()` (or `amp_is_request()`, formerly `is_amp_endpoint()`) was called too early and so it will not work properly. WordPress is currently doing the `pre_get_posts` hook. Calling this function before the `wp` action means it will not have access to `WP_Query` and the queried object to determine if it is an AMP response, thus neither the `amp_skip_post()` filter nor the AMP enabled toggle will be considered. It appears the theme with slug `publisher` is responsible; please contact the author. Please see Debugging in WordPress for more information. (This message was added in version 2.0.0.) in /home/runcloud/webapps/techilive/wp-includes/functions.php on line 5313
 Champions League Final Analysis: Tinkering Guardiola too clever for his own good - TechiLive.in 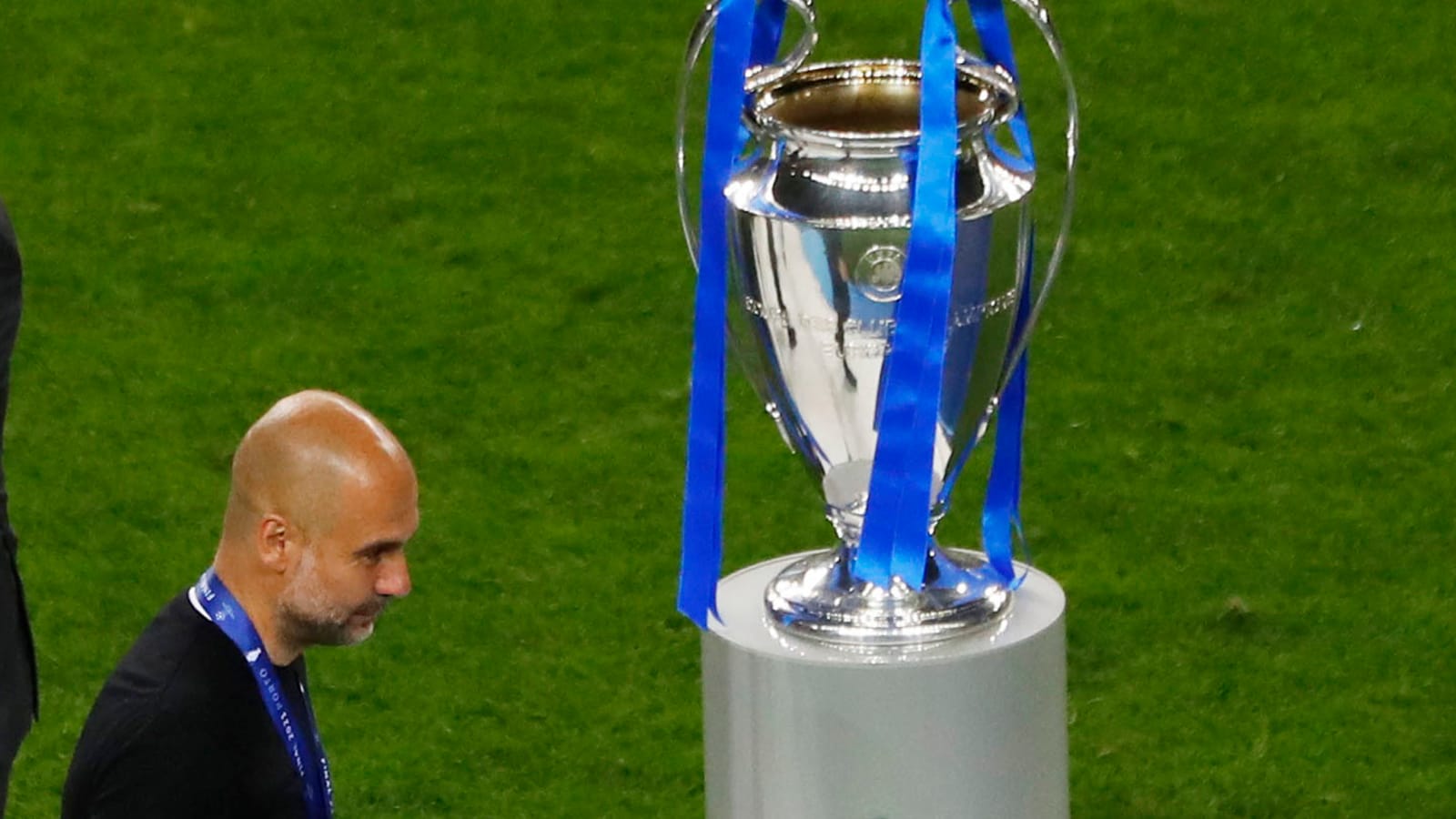 Champions League Final Analysis: Tinkering Guardiola too clever for his own good

Imagine telling Pep Guardiola a decade ago he wouldn’t be lifting the European Cup again.

The wait goes on.

For all his coaching genius, Guardiola can be too clever for his own good.

A 10-year wait to return to a Champions League final — after the second of his Barcelona successes — is a long time to spend thinking about how to lift the cup again. And overthinking, if the strategy to take on Chelsea was anything to go by on Saturday.

Tinkering for the biggest game in City’s history, the unfamiliar lineup sent out by Guardiola was beaten by a coach in only his 30th match in charge of Chelsea.

As City awaits its first European title, Thomas Tuchel delivered Chelsea’s second only four months after replacing Frank Lampard. Make no mistake: City had no one to blame but itself on a night when it had only one shot on target as Chelsea won 1-0 in Porto.

Maybe little surprise then that Sheikh Mansour didn’t turn up in Portugal to attend what would have been his second known match since buying City 13 years ago.

Even with all the cash City’s Abu Dhabi ownership has lavished on Guardiola to shape the squad in his own guise, there’s a brutal reality. He’s still not won the Champions League without a team containing Lionel Messi.

How differently things could have been if Messi had been able to force his way out of Barcelona as planned. Time for another summer pursuit of the 33-year-old Argentine, perhaps? Prizing the unsettled Harry Kane from Tottenham could take $200 million.

We’ve got used to City playing without strikers. Yet, in the desperate search for an equalizer, Gabriel Jesus and then Sergio Aguero were sent on.

There would be no fairytale ending for Aguero with a repeat of the late drama that saw him clinch City’s first Premier League title in 2012. The Premier League trophy has been lifted another four times since then — three times under Guardiola including last Sunday — but the quest to win the biggest prize in European football goes on.

There was the unexpected setback of losing the playmaking ingenuity of Kevin De Bruyne over concussion fears after an hour.

But just why did Guardiola again shackle the creativity of İlkay Gündoğan when he’s top scorer for the club this season? Instead the German was held back in a defensive midfield role while Rodri and Fernandinho started on the bench. At least one of the positional specialists have started in every game apart from one in City’s 60-match season.

It’s a season when Guardiola will have to settle with another double of just — a frustration by City’s high expectations that didn’t exist until the 2008 takeover — the Premier League and League Cup.

A first cup final defeat as City manager leaves Guardiola with the unwelcome distinction of being on a par with one of the game’s other managerial greats. Long into retirement, Alex Ferguson still speaks of the regret of only winning the Champions League twice with Manchester United.

Guardiola’s wait for a third stretches into a sixth season at City.

“Now I want to go home and take a break of one or two weeks,” Guardiola said. “After that I’ll start to see with the club what is best.”

Loading...
Denial of responsibility! TechiLive.in is an automatic aggregator around the global media. All the content are available free on Internet. We have just arranged it in one platform for educational purpose only. In each content, the hyperlink to the primary source is specified. All trademarks belong to their rightful owners, all materials to their authors. If you are the owner of the content and do not want us to publish your materials on our website, please contact us by email – admin@techilive.in. The content will be deleted within 24 hours.
AnalysisChampionsChampions League finalchampions league final highlightschelseachelsea vs man citycleverFinal
0
Share

Crudo and coffee, a community market — and a new offering from Wolvesmouth

The evolution of street art and graffiti in South India