Notice: amp_is_available was called incorrectly. `amp_is_available()` (or `amp_is_request()`, formerly `is_amp_endpoint()`) was called too early and so it will not work properly. WordPress is currently doing the `pre_get_posts` hook. Calling this function before the `wp` action means it will not have access to `WP_Query` and the queried object to determine if it is an AMP response, thus neither the `amp_skip_post()` filter nor the AMP enabled toggle will be considered. It appears the theme with slug `publisher` is responsible; please contact the author. Please see Debugging in WordPress for more information. (This message was added in version 2.0.0.) in /home/runcloud/webapps/techilive/wp-includes/functions.php on line 5313
 Champions League | Gulf-money fuelled teams clash - TechiLive.in 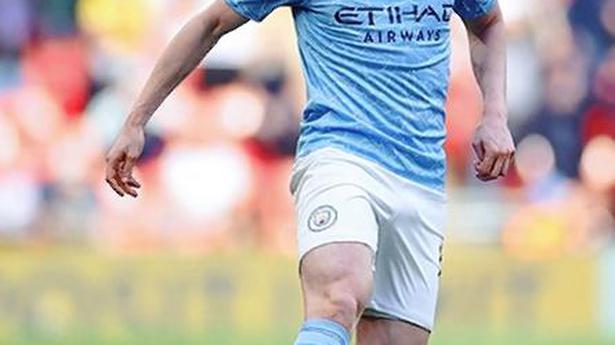 The Champions League semifinal first leg encounter between Manchester City and Paris Saint-Germain on Wednesday is a meeting of two clubs desperate to win the European Cup for the first time after lavish Gulf investment in the teams.

Qatar-funded PSG did reach last season’s final, only to lose to Bayern Munich. Abu Dhabi-backed City has only ever made it to the semifinals once, losing in 2016 to Real Madrid before Pep Guardiola replaced Manuel Pellegrini.

Winning domestic trophies isn’t a problem for City, which arrives in Paris fresh from winning a fourth straight League Cup win and sixth in eight years.

PSG is close to full strength, with central defender Marquinhos resuming training at the end of last week after recovering from an adductor injury and midfield schemer Marco Verratti playing the full 90 minutes at the weekend.

PSG coach Mauricio Pochettino may consider attack the best form of defence and unleash top scorer Kylian Mbappe — who was declared fit for the match after a minor thigh injury scare — in a pure centre forward role, with Neymar and Angel Di Maria probing from the flanks.

Mbappe has netted 37 goals in all competitions so far this season, two less than his career best from two seasons ago and looks certain to hit the 40 mark.

Pochettino said on Tuesday that left back Juan Bernat and reserve goalkeeper Alexandre Letellier are the only players missing.

Guardiola will be relieved to have playmaker Kevin De Bruyne back to fitness, after he set up the only goal against Tottenham on Sunday from a trademark free kick.

“This is the second time we have got to the semifinals, so there is not much history for our club here,” Guardiola said.

Loading...
Denial of responsibility! TechiLive.in is an automatic aggregator around the global media. All the content are available free on Internet. We have just arranged it in one platform for educational purpose only. In each content, the hyperlink to the primary source is specified. All trademarks belong to their rightful owners, all materials to their authors. If you are the owner of the content and do not want us to publish your materials on our website, please contact us by email – admin@techilive.in. The content will be deleted within 24 hours.
ChampionsClashfuelledGulfmoneyLeaguenews updatesports newssports update
0
Share

Scruples in line for a hat-trick

IPL 2021: Australian contingent in Maldives to land back home on Monday | Cricket News – Times of India