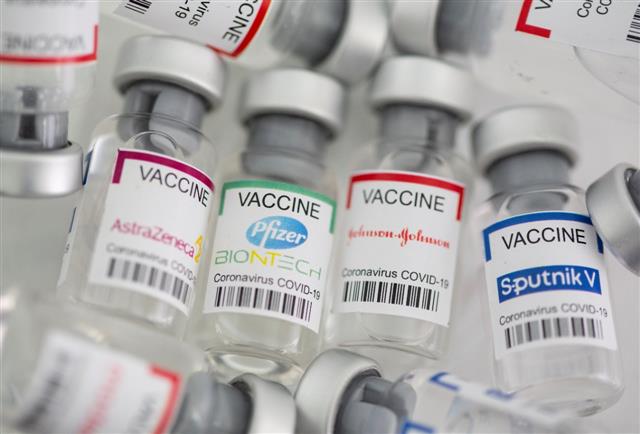 A deal on an intellectual property waiver for Covid-19 vaccines at the World Trade Organization may be further off than ever despite Washington’s backing, due to expected scepticism about a new draft, sources close to the talks told Reuters.

Negotiations will reopen at the WTO on Monday and will focus on a highly anticipated revised draft submitted by India, South Africa and dozens of other proponents last week.

Following a surprise US shift earlier this month to support a waiver, a move which heaped pressure on remaining opponents like the European Union and Switzerland that are home to numerous drugmakers, many people were expecting to be encouraged to follow suit.

But three sources close to the talks say that is likely to have the opposite effect.

“There is an ocean between this waiver proposal and what was suggested by the US,” said a source involved in the talks who declined to be named. “There’s definitely no quick resolution for this.”

The waiver’s main backers are due to present the new draft in Monday’s private WTO meeting, where other key players such as the United States and the European Union are set to give their first official feedback on its contents.

The meeting is critical because it will determine if the talks, ongoing since October, will advance to “text-based negotiations” as sought by director-general Ngozi Okonjo-Iweala.

Two key aspects of the waiver draft that may discourage reluctant countries are its expansive scope and the duration it would be in effect.

While US Trade Representative Katherine Tai has previously said she is only focused on increasing vaccine access and equity, the scope of the new draft is much broader and includes not only vaccines but also diagnostics, therapeutics and medical devices among others.

“When you have a big bomb like the US saying we will support the waiver, people were expecting the revised proposal would narrow the scope,” said a Geneva-based trade source.

The new draft text also sets a time span for the temporary waiver of “at least three years” and gives the WTO’s top-decision making body scope to determine its final termination date.

But because of the need for the WTO’s 164 members to agree by consensus, any one country could block a lifting of the waiver, creating what one delegate called a “forever waiver”.

“If the proponents insist on it (the duration), there will almost certainly be no consensus agreement on the waiver,” said Peter Ungphakorn, a former WTO staff member who now writes blogs on trade.

An EU diplomat told Reuters that the revised text “will likely call the US bluff”. The European Union is set to present an alternative plan for boosting production and availability of Covid-19 vaccines to the WTO in early June.

Denial of responsibility! TechiLive.in is an automatic aggregator around the global media. All the content are available free on Internet. We have just arranged it in one platform for educational purpose only. In each content, the hyperlink to the primary source is specified. All trademarks belong to their rightful owners, all materials to their authors. If you are the owner of the content and do not want us to publish your materials on our website, please contact us by email – [email protected]. The content will be deleted within 24 hours.
Loading...
chancesCovidHealth newsHealth updatenews updatePatentremoteResume
0
Share

‘Not something you could plan for’: Kyle Jamieson recalls experience of leaving IPL abruptly