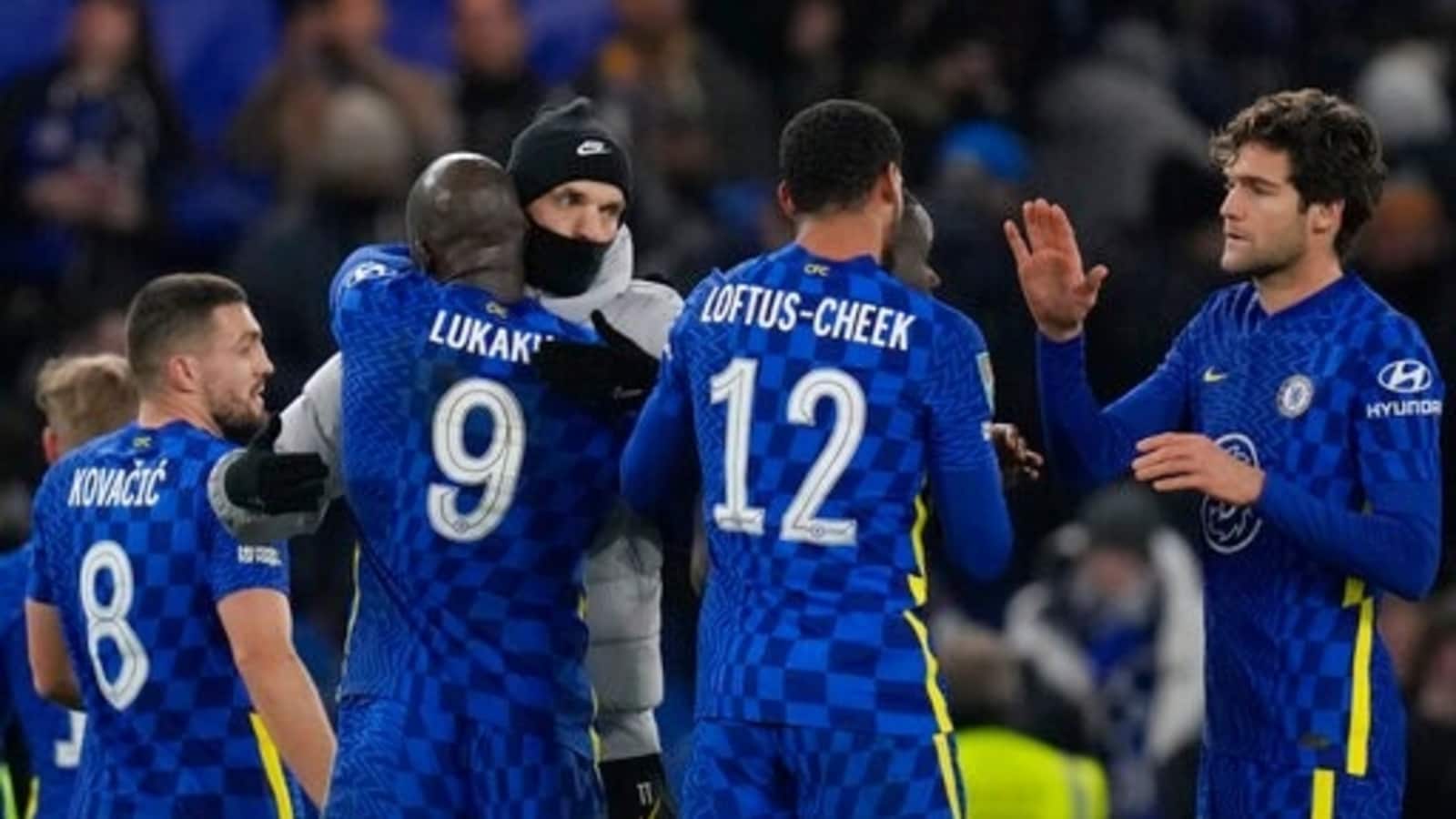 Chelsea seized control of their League Cup semi-final against Tottenham Hotspur, beating their London rivals 2-0 in the first leg on Wednesday thanks to an early strike by Kai Havertz and an own goal by Spurs defender Ben Davies.

The Blues swamped their visitors right from the kickoff and, after a mix-up in the Spurs defence in the fifth minute, Havertz fired an angled shot that was goal-bound before it went in off the foot of Davinson Sanchez.

Half an hour later, the dominant hosts got their second goal, albeit with a slice of luck, when Japhet Tanganga headed away a Hakim Ziyech free kick, only for the ball to rebound into the Spurs net off Davies’ shoulder.

The win dented the hopes of Spurs, under former Chelsea coach Antonio Conte, of winning a first trophy since lifting the league cup in 2008. In that time, Chelsea have won 12 major trophies including three Premier League and two Champions League titles.

Chelsea coach Thomas Tuchel restored record signing Romelu Lukaku to the team having dropped him for Sunday’s 2-2 draw with Liverpool as punishment for the Belgian saying in an interview that he was unhappy with his role at Stamford Bridge.

Lukaku went close with a first-half header, created a chance for Ziyech after the break which the Moroccan wasted and hit an injury-time shot straight at Hugo Lloris.

Denial of responsibility! TechiLive.in is an automatic aggregator around the global media. All the content are available free on Internet. We have just arranged it in one platform for educational purpose only. In each content, the hyperlink to the primary source is specified. All trademarks belong to their rightful owners, all materials to their authors. If you are the owner of the content and do not want us to publish your materials on our website, please contact us by email – [email protected]. The content will be deleted within 24 hours.
Share

Timing of brain injury in pregnancy, birth may impact motor and language outcomes: Findings may pave way to earlier interventions for children with oxygen deprivation in utero