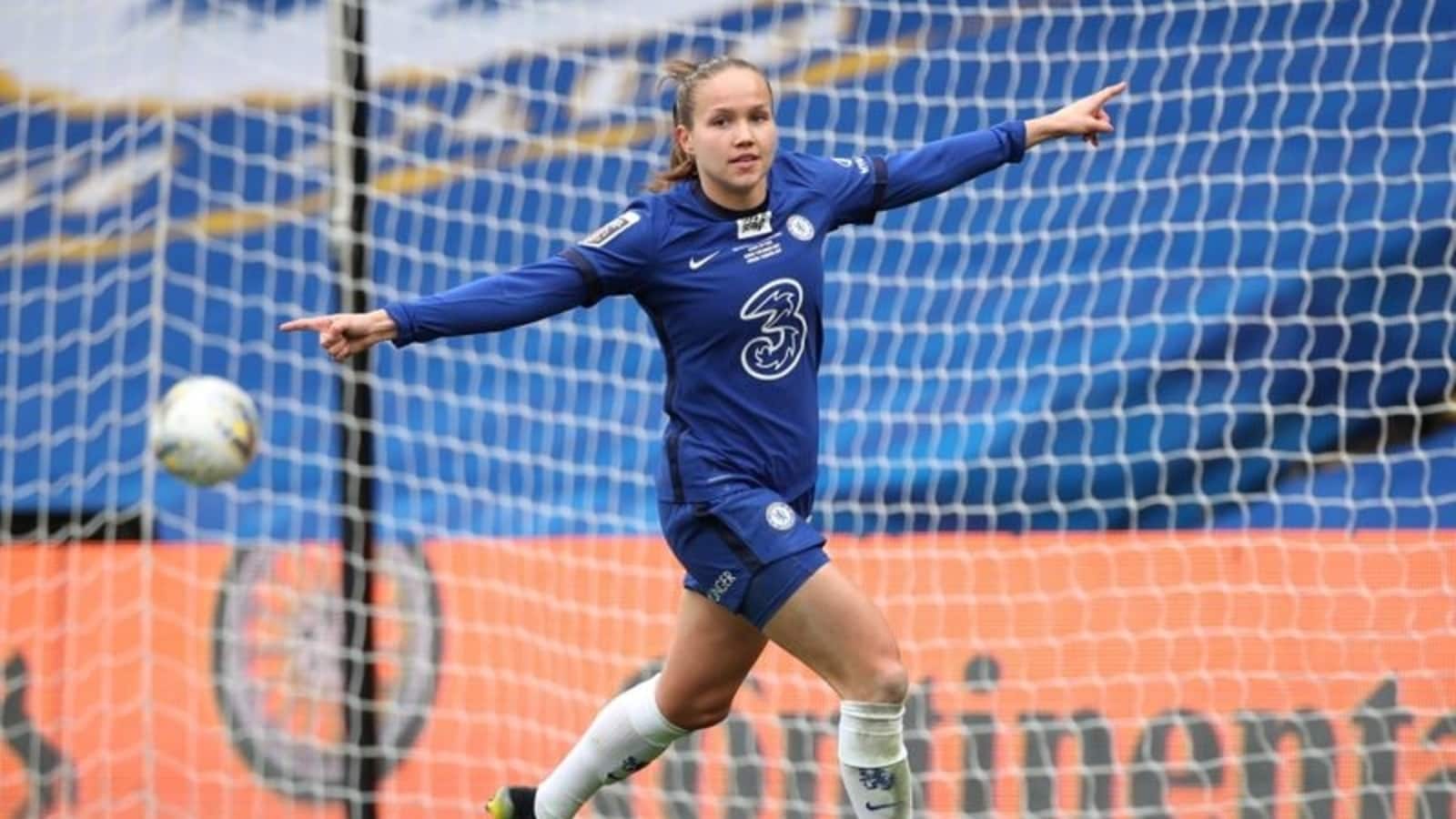 Fleet-footed Norwegian winger Guro Reiten joined Chelsea to play in the biggest club games possible, and on Sunday her dream will come true as they take on Barcelona in the Champions League final in Gothenburg.

Reiten had already reached the top in Norway, winning three league titles with LSK and twice finishing as the league’s top scorer, but the move to London in 2019 to a club with Chelsea’s resources has been a big step up.

“What is similar is the desire to win, to sacrifice everything to win regardless, but the conditions here for winning are very different,” Reiten told Reuters.

“It’s much more professional day today at Chelsea, everything is perfectly set up so you can succeed. There is nothing we don’t have access to in terms of resources – you just have to show up and everything is ready for you, you only have to focus on what you are going to do on the pitch.”

The 26-year-old signed for Chelsea ahead of the 2019 World Cup in France, where Norway were knocked out by England at the quarter-final stage, and she was impressed by the attention to detail once she joined her new club.

“We have sleep experts, menstruation experts, psychologists… they keep an eye on everything, all the way. It’s very detailed,” she explained.

The facilities were not the only thing she had to get used to in England.

“The English league is high-tempo, a physically tough league, so I’ve learned to make decisions quicker, but with quality at the same time… in my first week in England I found myself lying in the grass after a tackle and (Chelsea centre back) Millie Bright just said ‘welcome to England’!”

Chelsea edged out Bayern Munich to make it to the Champions League final for the first time, and Reiten is one of a number of Nordic players in the Chelsea squad who have been looking forward to playing in Sweden.

“It’s funny that it’s in Sweden because we talked about it this season, that maybe it was meant to be since we’re a big group of Scandies here,” said Reiten, who is disappointed that there will be no fans in attendance due to Swedish COVID-19 restrictions.

“Especially this game, it’s probably going to be one of the biggest games we’ll ever play, and not being able to have our family and friends there, it’s sad.”

Barcelona may be favourites with the bookmakers, but Chelsea go into the final full of self-belief due to the bonds created during the pandemic.

“We have so many great players with different qualities, we push each other every day. We have great coaches, great staff, but I would also say great people,” Reiten says.

“This year has been a struggle for all of us, not being able to go home and COVID and everything, so we’ve not only been each other’s teammates, we’ve been each other’s family, and that has made us a strong group.”

Denial of responsibility! TechiLive.in is an automatic aggregator around the global media. All the content are available free on Internet. We have just arranged it in one platform for educational purpose only. In each content, the hyperlink to the primary source is specified. All trademarks belong to their rightful owners, all materials to their authors. If you are the owner of the content and do not want us to publish your materials on our website, please contact us by email – [email protected]. The content will be deleted within 24 hours.
Loading...
BarcabattleChampionschelseaChelseasGuro ReitenLeaguenews update
0
Share

Breaking Good: How Apple’s bet of ‘breaking up’ with Intel seems to have paid off – Times of India