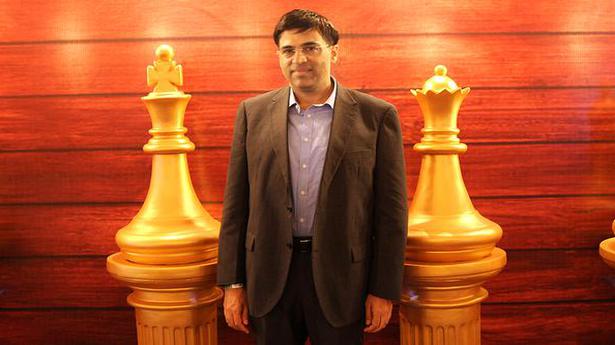 At the FIDE elections in July-August, Viswanathan Anand will be part of the Arkady Dvorkovich’s team, giving him a chance to become deputy president of the world chess body

At the FIDE elections in July-August, Viswanathan Anand will be part of the Arkady Dvorkovich’s team, giving him a chance to become deputy president of the world chess body

Indian chess legend Viswanathan Anand would become the deputy president of the world chess federation (FIDE) if the incumbent Arkady Dvorkovich is re-elected as the president in the elections scheduled during the 44th chess Olympiad here in July-August this year.

Anand, a five-time world champion, has been nominated by Dvorkovich as part of his team to fight the forthcoming elections.

“Hope to be part of a brighter and better future for Chess. #SayChess #DvorkovichTeam2022,” Anand tweeted after the announcement of Dvorkovich’s presidential team.

Hope to be part of a brighter and better future for Chess. #SayChess#DvorkovichTeam2022https://t.co/iBRo41f5tz

Anand, who has opted out of playing the forthcoming Olympiad in his home city and instead would be mentoring the Indian teams, will be taking part in the Grand Chess Tour event in Warsaw from May 17 to 24.

Alongside the chess Olympiad, the 94th FIDE Congress would be organised in Chennai as would the FIDE elections.

Denial of responsibility! TechiLive.in is an automatic aggregator around the global media. All the content are available free on Internet. We have just arranged it in one platform for educational purpose only. In each content, the hyperlink to the primary source is specified. All trademarks belong to their rightful owners, all materials to their authors. If you are the owner of the content and do not want us to publish your materials on our website, please contact us by email – [email protected]. The content will be deleted within 24 hours.
44th Chess OlympiadAnandarkady dvorkovichChessChess newsElectionsFIDEFIDE elections
Share

How guests can honor their budgets in peak wedding season