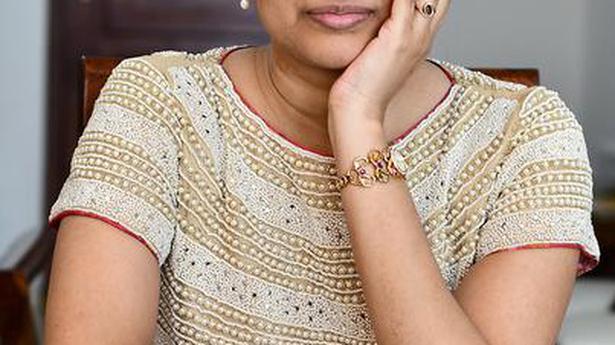 World No. 3 yet to decide on competing at World Cup in Russia

Koneru Humpy is no fan of playing chess at lightning speed. Neither is she one of playing online.

Yet, she did pretty well at the Women’s Speed Chess championship last year, making the final of the last leg and finishing seventh overall.

It had taken her some time before accepting FIDE’s invitation. She is, however, looking forward to the second edition of the tournament —beginning on June 10 at chess.com — with more enthusiasm.

“It is going to be a strong tournament with so many top players in the field,” Humpy told The Hindu over phone on Thursday.

“I will be preparing for it by playing against the computer.”

With few chess events taking place over physical boards because of COVID-19, she said the online events helped players to have some kind of tournament experience.

“It may be a while before I get to play a game sitting across a chessboard, as I don’t want to take unnecessary risks,” said the World No. 3. “I had to pull out of the final leg of the Women’s Grand Prix, which is now taking place in Gibraltar.”

That decision has come at a cost for Humpy, though. Having done so well in her first two legs, even a third place in Gibraltar would have given her the Grand Prix title. She is now considering whether to play at the Chess World Cup to be held at Sochi, Russia, from July 10. “It is a very important tournament and I would not normally want to miss it, but one has to think of the pandemic situation, too” she said. “I have some more time to decide.”

About the Speed Chess event, she said she was expecting stiff competition. “Players like Alexandra Kosteniuk and Kateryna Lagno are rather strong,” she said.

“The tournament could be an unpredictable one, especially since it is going to be a knock-out affair, unlike the last one.”

Humpy is one of the eight players seeded directly for the tournament. Eight will come through a qualifying event, which opens on Friday.

Loading...
Denial of responsibility! TechiLive.in is an automatic aggregator around the global media. All the content are available free on Internet. We have just arranged it in one platform for educational purpose only. In each content, the hyperlink to the primary source is specified. All trademarks belong to their rightful owners, all materials to their authors. If you are the owner of the content and do not want us to publish your materials on our website, please contact us by email – [email protected]. The content will be deleted within 24 hours.
ChessChess World CupFIDEgearingHumpyKoneruKoneru Humpynews update
0
Share