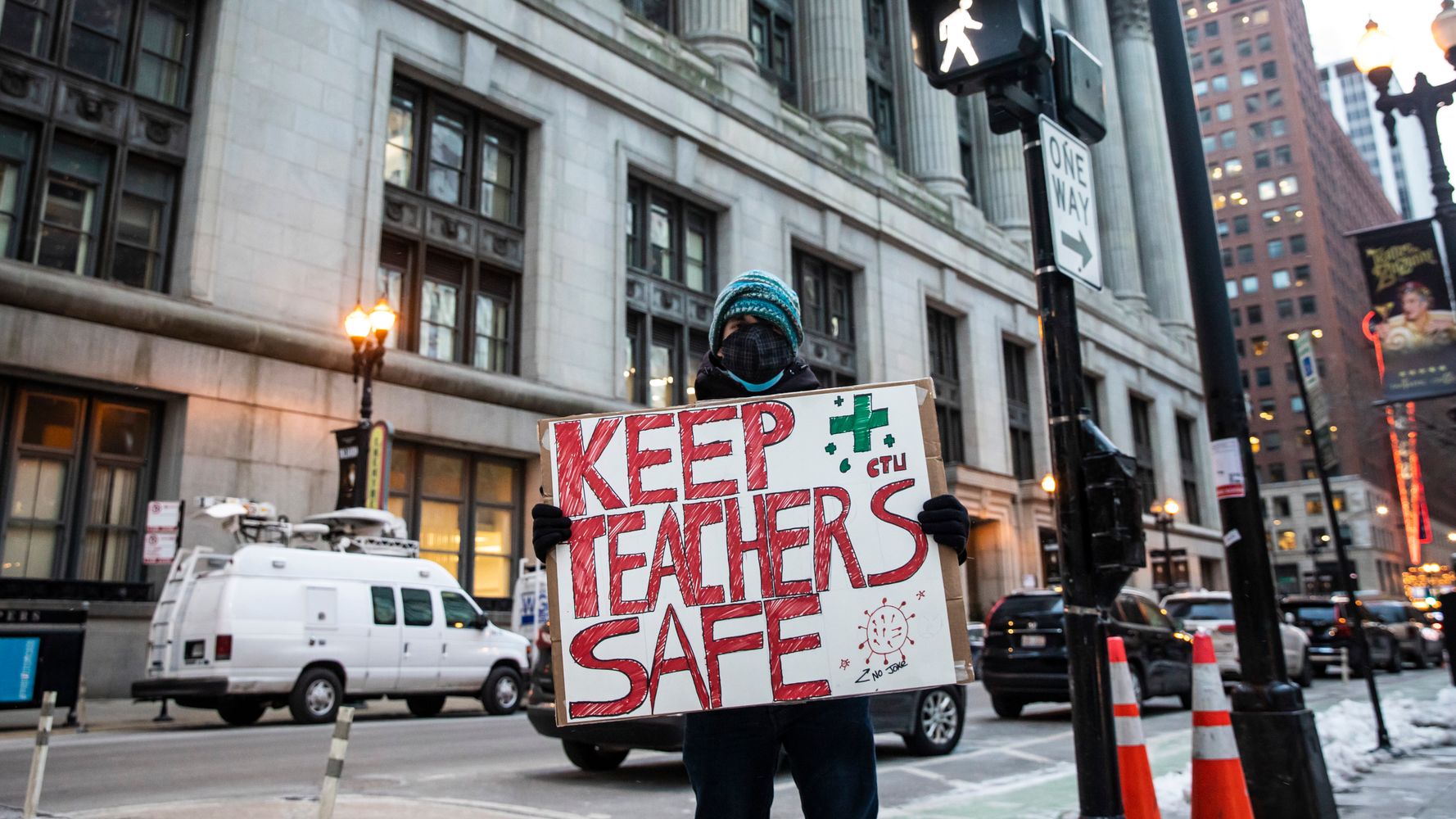 CHICAGO (AP) — Leaders of the nation’s third-largest school district canceled classes for a third consecutive day as heated negotiations continued with the Chicago Teachers Union over remote learning and other COVID-19 safety measures.

The union, which voted this week to revert to online instruction, told teachers not to show up to schools starting Wednesday during the latest COVID-19 surge while both sides negotiate. The move just two days after students returned from winter break prompted district officials to cancel classes each day for students in the roughly 350,000-student district during negotiations, saying there’s no plan to return to districtwide remote instruction.

School districts nationwide have confronted the same pandemic issues, with most opting to stay open while ramping up virus testing, tweaking protocols and other adjustments in response to the shifting pandemic.

In a Thursday message to parents, Chicago leaders said classes would be canceled Friday but “in-person learning and activities may be available at a small number of schools” based on how many employees report to work. A small percentage of teachers, along with substitutes, have continued to come to schools during what the district has labeled an “illegal work stoppage.”

Some schools preemptively alerted parents earlier Thursday that they didn’t have enough staff and wouldn’t accept students aside from offering meal pickup in the largely low-income and Black and Latino district. The district said roughly 10% of about 21,620 teachers came to work Wednesday and by Thursday it was nearly 13%.

“Our schools are the best, safest place for students to be during this pandemic, and we are working tirelessly to get everyone back in class every day,” Schools CEO Pedro Martinez said in a statement Thursday evening. “We will continue working with CTU to resolve this situation and will provide you with ongoing updates as the week continues.”

Chicago’s school leaders have rejected a return to remote learning, saying it worsens racial inequities and is detrimental to academic performance, mental health and attendance. District officials have spent about $100 million on a safety plan, including air purifiers in classrooms.

There was little sign Thursday that either side was softening — the district and union both filed labor complaints with the state this week as negotiations continued. Mayor Lori Lightfoot, who has said the city is considering legal options to get teachers back in classrooms, issued a statement late Thursday saying negotiations went on most of the day and were “productive from our perspective.” The city has said that teachers who don’t come to schools won’t get paid. Issues on the table include more testing and metrics to trigger school closures.

The union has blasted the district for not doing enough, like botching a testing program and maintaining unreliable data on infections in schools. They’ve sought demands similar to a safety agreement put in place last year after a fierce debate. However, the district says the pandemic is different now than a year ago and requires a different response, particularly since 91% of school staff is vaccinated.

Lightfoot accused the union of politicizing a pandemic, while the union’s president, Jesse Sharkey, dubbed her “Lockout Lori,” because teachers haven’t been able to log into remote-learning systems since early Wednesday.

“Enough is enough,” Lightfoot said Thursday morning on MSNBC. “I’m tired of the Groundhog Day appearance of everything that goes on with the Chicago Teachers Union leadership. We need partnership, we don’t need conflict. “

“We have rights to safety and we’ve been at the bargaining table for 20 months to secure those rights,” he wrote in an email to the union’s roughly 25,000 members. “We haven’t shifted the goal posts one bit; in fact, we’ve been saying the same thing for months: Please, work WITH us to set up comprehensive testing, work with us to vaccinate students, and work with us to establish basic guard rails.”

The district argued in a complaint to the Illinois Educational Labor Relations Board that the union’s actions are an illegal work stoppage, and sought a cease and desist order and a ban on future illegal strikes.

The union’s complaint argued members have a right to refuse “hazardous work assignments” and accused the district of an illegal lockout by canceling classes and barring access to remote-teaching tools. It asked the board to order Chicago schools to allow remote instruction until a new safety agreement is reached.

It was unclear Thursday when the board may act, but the process could take weeks to play out. In December 2020, the board rejected the union’s request to block the district from resuming in-person instruction in January 2021.

The pattern was familiar for Chicago parents.

The teachers union has threatened to strike during contentious bargaining over school conditions for decades, and last walked off the job in 2012 and 2019, when talks with the city broke down. There was also a one-day work stoppage in 2016 over unfair labor practices.

Attendance was low in schools earlier this week with thousands of students in quarantine related to COVID-19 cases and others opting to stay home to avoid exposure. The World Health Organization likened the explosion of COVID-19 cases worldwide to a “tsunami.” CPS reported 433 student infections on Tuesday, its highest daily total, according to district data.

Still, many families were frustrated by having to again make last-minute arrangements and wondered whether being out of school longer might contribute to the spread.

“It’s almost contradictory because like now these kids and their parents have to find some activities for the children when they’re not in school and they’re with other kids en masse now,” said parent Mary Bluma, who has two children in Chicago schools. “So it’s almost like, oh, there’s probably a better chance they’re going to spread COVID or, you know, get sick from other kids because now we’re not in a structured environment like a classroom where there are rules in place.”

Denial of responsibility! TechiLive.in is an automatic aggregator around the global media. All the content are available free on Internet. We have just arranged it in one platform for educational purpose only. In each content, the hyperlink to the primary source is specified. All trademarks belong to their rightful owners, all materials to their authors. If you are the owner of the content and do not want us to publish your materials on our website, please contact us by email – [email protected]. The content will be deleted within 24 hours.
3rdCancelschicagochicago teachers unionCityCovidDayEducation news
Share