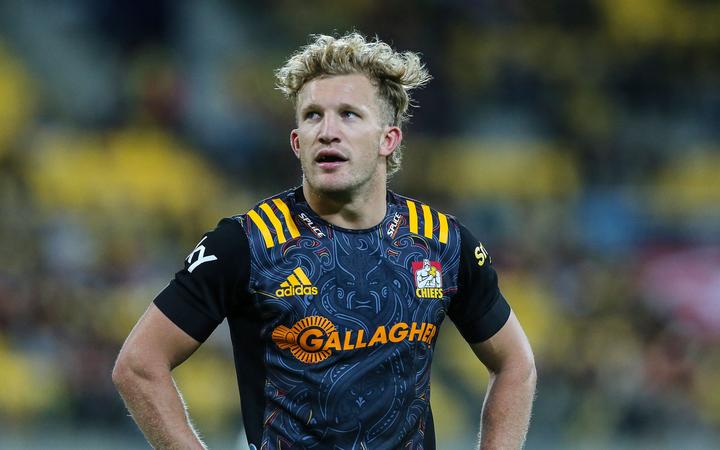 The Chiefs have confirmed All Blacks fullback Damian McKenzie will not play in the new Super Rugby Pacific competition next year.

McKenzie, whose contract with New Zealand Rugby is due to finish at the end of the year, played 95 times for the Chiefs and is reportedly set for a lucrative move to Japan.

“All I know is Damian is not going to be with us, at the moment that’s all I can sort of comment on,” the Chiefs chief executive Michael Collins told Stuff.

“I think Damian McKenzie’s probably irreplaceable. He’s one of the Chiefs’ favourite sons, done a great job for us over many years.”

The Chiefs on Tuesday welcomed the arrival of Māori All Blacks first-five Josh Ioane from the Highlanders.

Ioane was unveiled by the Chiefsafter the 26-year-old ended his contract with the Highlanders a year early.

Ioane was stood down along with five other Highlanders players for breaking team protocol at a gathering at his residence earlier in the year.

“We had a really deep dive into his character, and we have absolutely no concerns whatsoever,” Collins told Stuff.

“We have very standard processes that we go through when we recruit players, and followed the same process with Josh.

“He had one incident last year, but that was last year. And we back our environment, we back our culture, and ultimately we back Josh’s character.”

“I don’t think Josh would be wanting to come in and replace Damian, Josh Ioane’s his own player and he’s going to want play the game the way he plays it.”

Loading...
Denial of responsibility! TechiLive.in is an automatic aggregator around the global media. All the content are available free on Internet. We have just arranged it in one platform for educational purpose only. In each content, the hyperlink to the primary source is specified. All trademarks belong to their rightful owners, all materials to their authors. If you are the owner of the content and do not want us to publish your materials on our website, please contact us by email – [email protected]. The content will be deleted within 24 hours.
AudioBlacksChiefsconfirmCurrent AffairsDamiandeparturefullback
Share

Google again delays return to office due to COVID surges