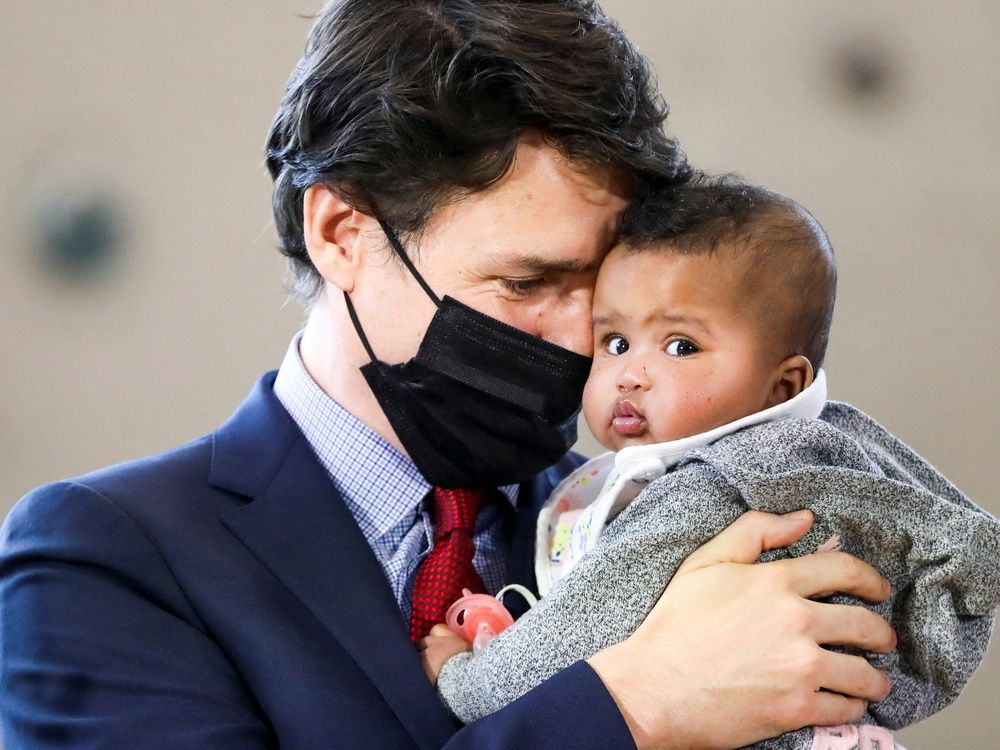 Child care is getting cheaper, but it’s not the inflation buster Ottawa says it is

Prime Minister Justin Trudeau’s overhaul of child care appears to be delivering on its promise to lower costs, providing a rare source of disinflation amid the first significant inflationary scare since the early 1980s, according to the latest cost-of-living data.

Statistics Canada reported on Aug. 16 that the consumer price index increased 7.6 per cent in July from a year earlier, compared with 8.1 per cent in June, representing the first deceleration in more than a year.

That’s still uncomfortably high, a point that Bank of Canada governor Tiff Macklem reinforced after the numbers were released. “Even if inflation came down a little in July, prices for more than half of the goods and services that make up the CPI basket are rising faster than five per cent,” Macklem said in an op-ed published in the National Post.

“As the central bank, it’s our job to control inflation and that means we need to cool things down,” Macklem added, emphasizing that he was “determined” to get year-over-year increases in the consumer price index back to his target of about two per cent.

It’s just one month of weaker inflation data, and most of the deceleration was the result of lower gasoline prices, so it’s too soon to declare victory. The Bank of Canada said in July that it expected the consumer price index to remain around eight per cent for summer, and then begin to drift towards three per cent by the end of next year.

The federal government hasn’t had much to say about inflation. Trudeau and Finance Minister Chrystia Freeland have voiced their confidence in the central bank to get the situation under control, and have said they are doing their part by sticking to their promise to shrink the budget deficit, which should help cool demand.

However, the government has at times suggested that the child-care agreements it struck with the provinces and territories over the last year should be seen as a response to the inflation scare, even though headline inflation was hovering around two per cent when Freeland was designing the program in the spring of 2021 for inclusion in her first budget as finance minister.

“Our answer to inflation, for example, is what we fought on in the last election, which was $10-a-day child care right across the country. And that’s one of those things that we actually are delivering right now,” Trudeau said on the Pod Save the World podcast in June.

The prime minister was reaching; the weight of child care in the broader price basket isn’t big enough to offset surging fuel, food and shelter costs.

Still, at a time when the price of almost everything is rising at the fastest pace in decades, child-care fees have begun to fall. According to Statistics Canada’s latest inflation figures, the price of child-care services plunged 7.6 per cent in July from a year earlier, the fourth-consecutive monthly decline and the biggest drop on record. Until the past few months, child-care costs had done nothing but rise since 2003, according to Statistics Canada’s data.

The shift shows that even though inputs — wages, materials, and goods — across the economy are becoming more expensive, the prices that parents pay for child care are going down, said Gordon Cleveland, a retired economics professor at the University of Toronto who focuses on child care.

Trudeau’s plan has four main objectives: reducing fees for parents; expanding the number of child-care spaces; improving the quality of the sector’s workforce; and creating spaces for marginalized groups and for children whose parents work outside the typical nine-to-five. To receive federal funding, provinces and territories had to agree that they would reduce fees by 50 per cent within 12 months, and that within five years parents would have access to daycare that averaged $10 per day.

It amounts to a “huge” overhaul of the child-care system across the country, said Cleveland.

Never before has the federal government put more than (about $700,000) a year into child care

With one of the targets being a 50-per-cent drop in average parent fees by the end of this December, most governments have put their efforts into getting results in that area.

Morna Ballantyne, executive director at Child Care Now, a non-profit advocacy group, said she speculates the 50-per-cent target was chosen because the system overall needed time to adjust. Going straight to $10 a day would have been “too dramatic of a drop,” she said.

Quebec already offered subsidized daycare at the federal government’s target. Of the other 12 provinces and territories, the majority of those already have met or surpassed the 50-per-cent fee reduction target. “The cost to parents, on the whole, across the country is going down and that’s a really good thing,” Ballantyne said.

Armine Yalnizyan, an economist, said the program never should have been put forward as a weapon in the current fight against inflation. Still, it “can help families with young children who are lucky enough to have access to licensed care deal with cost pressures by offsetting these costs,” she said.

Out of all the goals, dropping fees is the easiest because it requires a mere transfer of money. Creating spaces and improving the workforce will be more of a challenge, as those involve managing such costs and planning as renovations and construction, and partnering with post-secondary institutions to keep a steady pipeline of qualified workers coming through — just some examples.

Cleveland underlined that Ottawa didn’t create a national program to tackle inflation, especially considering that the consumer price index is inherently volatile, but agreed with Yalnizyan that the program “will definitely cushion the impact of inflation elsewhere in the economy.”

Still, parents who do not have children in regulated child care are not currently reaping the benefits of lower fees. “When there’s extra demand what will happen is that there will be shortages. So we would anticipate that there will be lineups to get into licensed child care and that there’ll be a very big pressure on governments to expand as quickly as possible the number of spaces available,” Cleveland said.

“I don’t think governments have taken that responsibility on seriously enough.”

Denial of responsibility! TechiLive.in is an automatic aggregator around the global media. All the content are available free on Internet. We have just arranged it in one platform for educational purpose only. In each content, the hyperlink to the primary source is specified. All trademarks belong to their rightful owners, all materials to their authors. If you are the owner of the content and do not want us to publish your materials on our website, please contact us by email – [email protected]. The content will be deleted within 24 hours.
business newsBusiness updateBustercarecheaperchildInflationnews update
Share

Oscar-nominated filmmaker Kartiki Gonsalves on the making of…