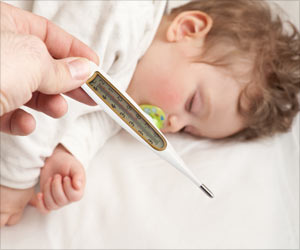 “The maximum number of cases are coming with viral flu. However, dengue cases are also on an increased trends compared to August,” he said.

Sherwal said that one child with serious scrub typhus fever has been reported in the OPD. Asked about any link with Firozabad (UP) cases where many children died of fever, he said that they don’t see any connection as dengue is a local phenomenon and the mosquito that spreads it cannot fly over a long distance.

The Chacha Nehru hospital has total 220 beds including 32 ICU beds which is completely packed with patients suffering such fever. An average of 50 to 60 children are being admitted in the hospital daily with dengue, viral and other types of fever.

Pediatric doctor at the hospital, Dr Mamta Jajoo, also said that their ICU is full this time with patients and on a daily basis, they see almost 2,000 patients in the OPD.

However, she added that not all patients need admission. “Around 50 are being admitted on daily basis and out of that, very few need ICU care”.

About the reason behind sudden surge of fever, Jajoo said: “Scientifically nothing can be said at this stage but probably children were confined to homes during the lockdown, thereby leading to the weak immune system and now they are getting exposure outside which possibly is reason for the fever.”

Senior Consultant and Paediatrician, Dr Sarita Sharma says this is a seasonal flu, caused by a virus affecting the respiratory tract like RSV and influenza. “However, this is a post-monsoon season so other viral illnesses are also on the rise like dengue, gastroenteritis, typhoid, hepatitis causing diagnostic dilemmas”.

She noted that there is no need to panic but it is advised to remain in touch with doctors so that timely intervention can be done, if required.

Loading...
Denial of responsibility! TechiLive.in is an automatic aggregator around the global media. All the content are available free on Internet. We have just arranged it in one platform for educational purpose only. In each content, the hyperlink to the primary source is specified. All trademarks belong to their rightful owners, all materials to their authors. If you are the owner of the content and do not want us to publish your materials on our website, please contact us by email – [email protected]. The content will be deleted within 24 hours.
childHealth newsHealth updatenews updatepositivescrubscrub typhustechi live
0
Share

Six feet distance may not be enough to prevent viral transmission indoors: Study