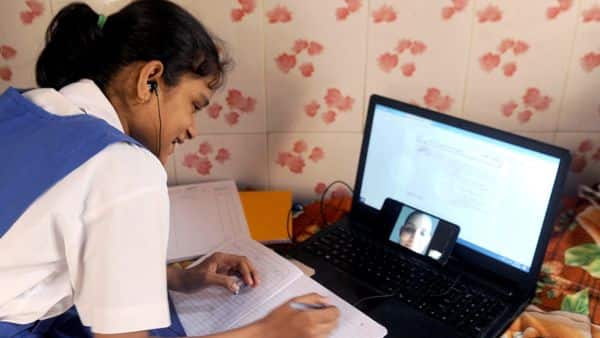 With most Indian schools shut for the past year and a half, children from poor households, particularly those from marginalized backgrounds, are rapidly forgetting what they had learned before the pandemic, new survey data suggests.

Less than a quarter children from low-income urban families, and just 8% among rural ones, were studying online regularly as of August, show findings published Monday by a team of researchers led by economists Nirali Bakhla, Jean Dreze, Vipul Paikra and Reetika Khera. The team surveyed 1,400 schoolchildren from poor households in 15 states last month.

Previous surveys during the pandemic have also reported learning setbacks, but the latest one comes at a time when children are preparing to advance two grades since their pre-pandemic levels despite little evidence of learning. Epidemiologists have argued that in parts of the country, covid-19 numbers are low enough to warrant staggered school opening with precautions.

The survey reported no smartphone in the family for nearly half the rural sample. Among those with one, the device was not exclusively for the child, connectivity was poor, and data was costly. There was little actual study going on even for online students: among rural families with internet access, 43% parents said the school was not sending online material. Over 40% said their children found online classes difficult to follow.

The result: over a third of children right up to Class 4 could only read a few letters, and could not read words or a sentence in their own language. A majority of parents, particularly of children without internet access, felt their children’s reading abilities had declined.

Concerns about learning losses were particularly acute in households belonging to the scheduled castes and the scheduled tribes. Around 55% of children from these communities did not have access to a smartphone, against 38% among others in the survey, a finding confirmed by other surveys. Just 4% of children from marginalized groups were studying online regularly.

As many as 43% were not studying at all, while the proportion among those from more privileged communities was 25%.

As a result, children from the scheduled castes and tribes were nearly twice as likely as others to be unable to read more than a few letters, the survey found. More than 80% of parents from these groups felt that their children’s literacy had taken a hit during the pandemic. The effective literacy rate of SC and ST children aged between 10 and 14 was as low as 61%, as compared to 77% for others, prompting fears that achievement gaps might widen.

India’s school children had poor literacy and numeracy even before the pandemic, as recorded by the Annual Status of Education Reports by nonprofit Pratham. But the new survey adds to growing evidence that the pandemic has exacerbated these problems.

A study by the Azim Premji University in January, covering over 16,000 children in five states, found overwhelming majorities of children between Classes 2 and 6 had lost at least one language and mathematical ability they had when their schools got shut. Reading fluency suffered the most at lower grades, and oral expression at higher grades.

“Last year, the child who was in Class 3 is now in Class 4, and in the current session, very little has happened,” one teacher from Madhya Pradesh told the surveyors. “[Next] the child will be in Class 5. How can that child be brought to Class 5 learning level? [M]ostly the situation is that some children have not even retained learning levels of Class 3.”

Now that India’s pandemic school closures have extended into among the longest, experts fear that learning losses will not be easy to reverse. In a 2020 study, economists Tahir Andrabi, Benjamin Daniels and Jishnu Das found that test scores of children hit by Pakistan’s 2005 earthquake put them 1.5 to two years behind unaffected peers. If the deficits continued, they could lose 15% of their potential earnings every year for the rest of their lives.

“It might be that for the next 10-30 years as these [pandemic-affected] kids transition into the labour market, we’re going to see depressed earnings,” Das said.

The August survey reported that parents, particularly in rural areas, strongly wanted schools reopened, alongside fears over children’s safety and mental health if they remained home. As many older children begin to return to schools, parents’ eyes will be on the doors of primary schools to see if they open next.

(Rukmini S. is a Chennai-based journalist. Devangee Halder assisted with research for the piece)

Denial of responsibility! TechiLive.in is an automatic aggregator around the global media. All the content are available free on Internet. We have just arranged it in one platform for educational purpose only. In each content, the hyperlink to the primary source is specified. All trademarks belong to their rightful owners, all materials to their authors. If you are the owner of the content and do not want us to publish your materials on our website, please contact us by email – [email protected]. The content will be deleted within 24 hours.
Loading...
child study during online classesChildren literacy loss in online classeschildrensCovid-19Education newsEducation updateLiteracyLosses
Share