Notice: amp_is_available was called incorrectly. `amp_is_available()` (or `amp_is_request()`, formerly `is_amp_endpoint()`) was called too early and so it will not work properly. WordPress is currently doing the `pre_get_posts` hook. Calling this function before the `wp` action means it will not have access to `WP_Query` and the queried object to determine if it is an AMP response, thus neither the `amp_skip_post()` filter nor the AMP enabled toggle will be considered. It appears the theme with slug `publisher` is responsible; please contact the author. Please see Debugging in WordPress for more information. (This message was added in version 2.0.0.) in /home/runcloud/webapps/techilive/wp-includes/functions.php on line 5313
 China’s Factory Activity Slipped in May, but Consumer Spending Held Up - TechiLive.in 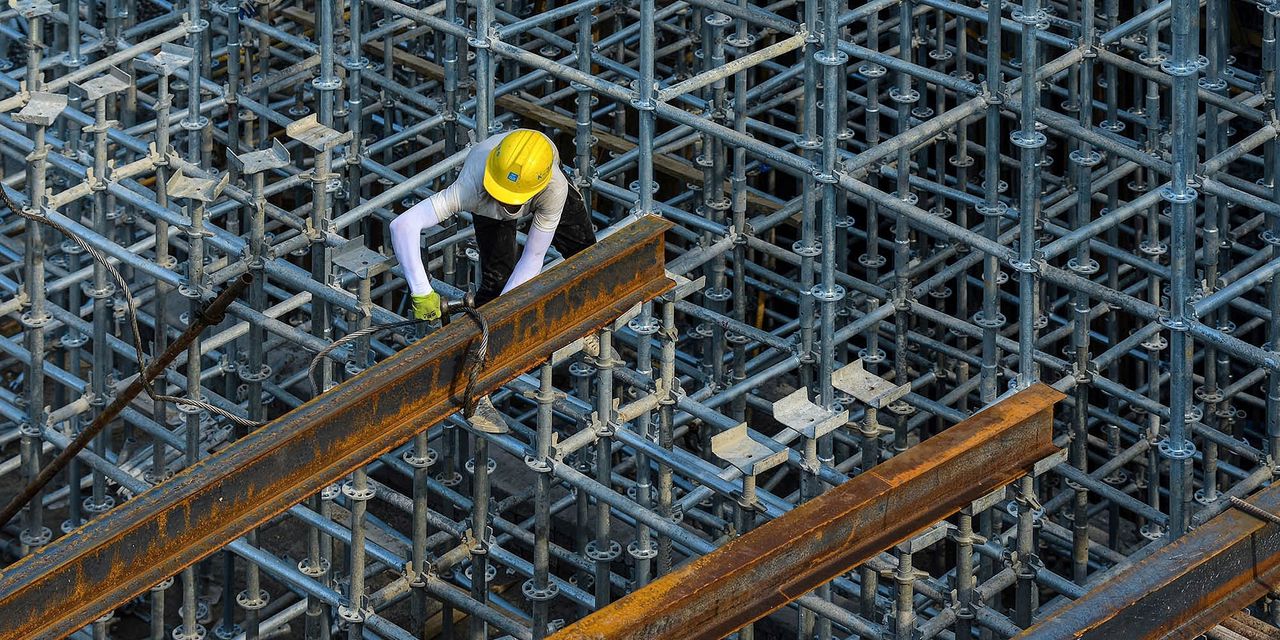 China’s Factory Activity Slipped in May, but Consumer Spending Held Up

BEIJING—An official gauge of Chinese factory activity slipped in May on weaker export demand and higher commodity prices, while the country’s nonmanufacturing sector was bolstered by stronger construction and holiday spending.

China’s official manufacturing purchasing managers index slipped slightly to 51.0 in May from the previous month’s 51.1 reading, according to data released Monday by the National Bureau of Statistics.

The result was largely in line with the 51.1 median forecast expected by economists polled by The Wall Street Journal, and marked the 15th straight month that the gauge came in above the 50 mark that separates expansion from contraction.

A recent surge in prices for raw materials such as iron ore, crude oil and coal sent the subindex for input prices to 72.8 in May, the highest level since November 2010, while output prices notched up a record-high reading of 60.6, according to Monday’s PMI data.

The soaring raw-material costs prompted some factories that benefit from the increased prices to step up output, pushing the subindex measuring production higher.

But not everyone gains from the higher input costs. Total new orders retreated to the lowest level in a year as fewer bookings from overseas markets pushed new export orders into contraction territory, the statistics bureau said.

China’s cabinet, the State Council, pledged this month to stabilize high-flying commodity prices by cracking down on speculators and those hoarding raw materials.

last week visited a port in the eastern city of Ningbo to send a message about the importance of stable supply-chain operations. Mr. Li also called for more targeted measures to help the smaller manufacturers hit hardest by higher input prices.

Chinese exporters were also under pressure from the yuan’s rally, which makes Chinese goods more than expensive in the global markets. Financial regulators said in a meeting last week that the yuan won’t be used as a tool to support exports via depreciation, or contain imported inflation via appreciation.

In response to what he described as “runaway commodity prices,” Nomura economist Ting Lu told clients in a note Monday that he expects Beijing to “take action to secure supplies and adjust some overly ambitious carbon-emission reduction measures.”

Separately on Monday, China reported that its nonmanufacturing PMI, which includes services and construction activity, rose to 55.2 in May from 54.9 in the previous month.

The subindex measuring construction activity climbed to 60.1 in May from April’s 57.4, the statistics bureau said, while those for transportation and accommodations marked a second month above 65—indicating a sustained rebound in travel. The retail, catering, cultural, sports and entertainment sectors also remained well in expansion territory in May, reflecting what the statistics bureau described as an accelerating consumer recovery.

Consumption was bolstered by the five-day Labor Day holiday at the beginning of May, during which traveler numbers topped pre-pandemic levels for the first time since the initial coronavirus outbreak.

However, expansion for the service industry as a whole narrowed slightly to 54.3 in May, compared with 54.4 in April, held back in part because of production-linked services, according to the statistics bureau.

Going forward, China’s domestic-consumption recovery faces a fresh challenge in the form of several new Covid-19 outbreaks across China, including in the country’s south and northeast. On Sunday alone, China’s National Health Commission reported 20 new cases of domestic coronavirus transmission, all in the southern province of Guangdong, which abuts Hong Kong.

“The resurgence of local transmission may have dragged May’s consumption, and coupled with soft offline spending, we expect China’s consumption to stay weak throughout the year,” Mr. Xing of ANZ said.

—Grace Zhu and Bingyan Wang contributed to this article.

Write to Jonathan Cheng at jonathan.cheng@wsj.com

Corrections & Amplifications
Expansion for China’s service industry as a whole narrowed slightly to 54.3 in May, compared with 54.4 in April. An earlier version of this article incorrectly said the service-industry expansion narrowed to 54.3 in March. (Corrected on May 31)

Denial of responsibility! TechiLive.in is an automatic aggregator around the global media. All the content are available free on Internet. We have just arranged it in one platform for educational purpose only. In each content, the hyperlink to the primary source is specified. All trademarks belong to their rightful owners, all materials to their authors. If you are the owner of the content and do not want us to publish your materials on our website, please contact us by email – admin@techilive.in. The content will be deleted within 24 hours.
Loading...
activityChinasConsumerEconomic Newseconomic performanceEconomic Performance/IndicatorsEducation newsEducation update
0
Share

Davis done at halftime, Caldwell-Pope out for Lakers in Gm 4

Ex-students complain of sexism and racism at UCL architecture school