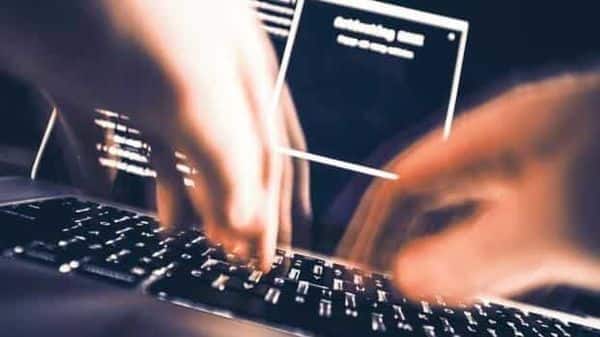 The coincidence of two far-reaching hacking campaigns launched by Russia and China, discovered just weeks apart, is now rippling across the global economy — swamping insurers, IT staff, and firms that specialize in hunting and ejecting hackers.

The twin hacking campaigns involve the US’s two most powerful cyberspace adversaries, and both have led to emergency meetings of the White House National Security Council, in part because of the unusually wide net cast by the attackers.

But for the tens of thousands of companies that have been impacted by one or another of the attacks, the one-two punch has left them scrambling to secure their computer systems — in some cases from hackers who are piling on the original nation-state attacks.

“It’s a race,” said Tom Burt, Microsoft’s corporate vice president for customer security & trust. “Since the time we went public with the update’s availability, we’ve seen the number of compromised customers just explode. It went up incredibly rapidly and continues to increase.”

Since that disclosure, other hackers have used automated programs to scan the internet, in some cases looking for companies that have yet to install the fix. Some of those are criminal groups trying to re-purpose secret entry points that China installed in its numerous victims, according to cybersecurity companies monitoring the aftermath.

The close proximity of the Chinese and Russian attacks may not be a coincidence, security experts say. China may have timed its effort to take advantage of the distraction created by the Russian hack, which impacted as many as 18,000 customers of the Texas-based software maker SolarWinds Corp., including key government agencies.

“The attack on Microsoft Exchange is a cold and calculated assault,” said Lior Div, co-founder and chief executive officer of Cybereason, a Boston-based security company. “The Chinese attackers know exactly what they are doing. The new administration has been distracted by investigations into another U.S. adversary on the cyber battlefield – Russia – and its calculated breach against SolarWinds.”

A White House spokesperson said Monday that high-level members of President Joe Biden’s National Security Council worked through the weekend responding to the latest incident. And the U.S. Cybersecurity and Infrastructure Security Agency in an emergency advisory Monday described hackers’ exploitation of the flaws in Microsoft’s email product as now “widespread and indiscriminate.”

For months before they were caught in December, Russian state hackers used altered SolarWinds software to spy on at least nine US government agencies and hundreds of companies. China’s hack has already claimed 60,000 victims globally, Bloomberg reported on Saturday, though some estimates have put the number of Exchange servers that could be vulnerable to infection at close to 300,000 worldwide.“I can’t think of an equivalent breach,” Alex Stamos, a cybersecurity consultant and the former head of security at Facebook Inc., said of the Chinese attack. “It’s a combination of the kind of mass-exploitation you often see with unpatched home routers, but instead of crypto-miners who are having no impact, these attackers are able to get all an organization’s email.”

One victim of the most recent attack is the European Banking Authority, which said Monday that it had shut down its email systems while it carried out an investigation into a “cyberattack” on its Microsoft Exchange servers. Radu Burghelea, head of information technology, confirmed in a message to Bloomberg that the organization had discovered malicious software on the servers but not yet detected the theft of any emails from them.

The tactics used by China in particular leave victims vulnerable to other hackers. Victims could have their IT systems locked up by ransomware gangs, the personal information of their customers and employees stolen and sold to identity thieves, or their computers used to attack others.

“Currently, most of what we have observed has been automated scanning and reconnaissance,” said Mat Gangwer, a senior director of managed threat response for Sophos Ltd., a British cybersecurity company.

“The real question will be, are these organizations able to patch, assess and clean their environments before more harmful actors, such as ransomware groups, begin leveraging” the malicious code that’s been installed on the servers, he added.

That job will fall to specialized security firms and in-house IT staff that are already exhausted from weeks of fighting off Russia’s sprawling and sophisticated attack.

“What makes it even harder is that defenders are experiencing successive waves of attacks, and many have not been able to restore their environments to a safe operating condition, even though things may ‘seem’ normal,” said Michael Henry, chief executive officer of Texas-based Arbala Security Inc., describing his work with clients dealing with back-to-back issues of SolarWinds and now the Exchange server vulnerabilities.

In the most recent incident, companies can install the patch issued last week by Microsoft, but that doesn’t mean the hackers will be gone. In some cases, specialized teams will need to scour the infected computer systems, looking for hidden entry points planted by the hackers in order to shut them out.

FireEye Inc., a large US cybersecurity firm, is now responding to dozens of cases in the US, Europe and Asia in attacks involving the flawed Microsoft code. Still, with not enough experts available from FireEye and other firms, the impact of the latest wave of attacks could linger for weeks or even months.

“There will be backdoors sitting on Exchange servers for quite a while,” said Charles Carmakal, senior vice president at FireEye.