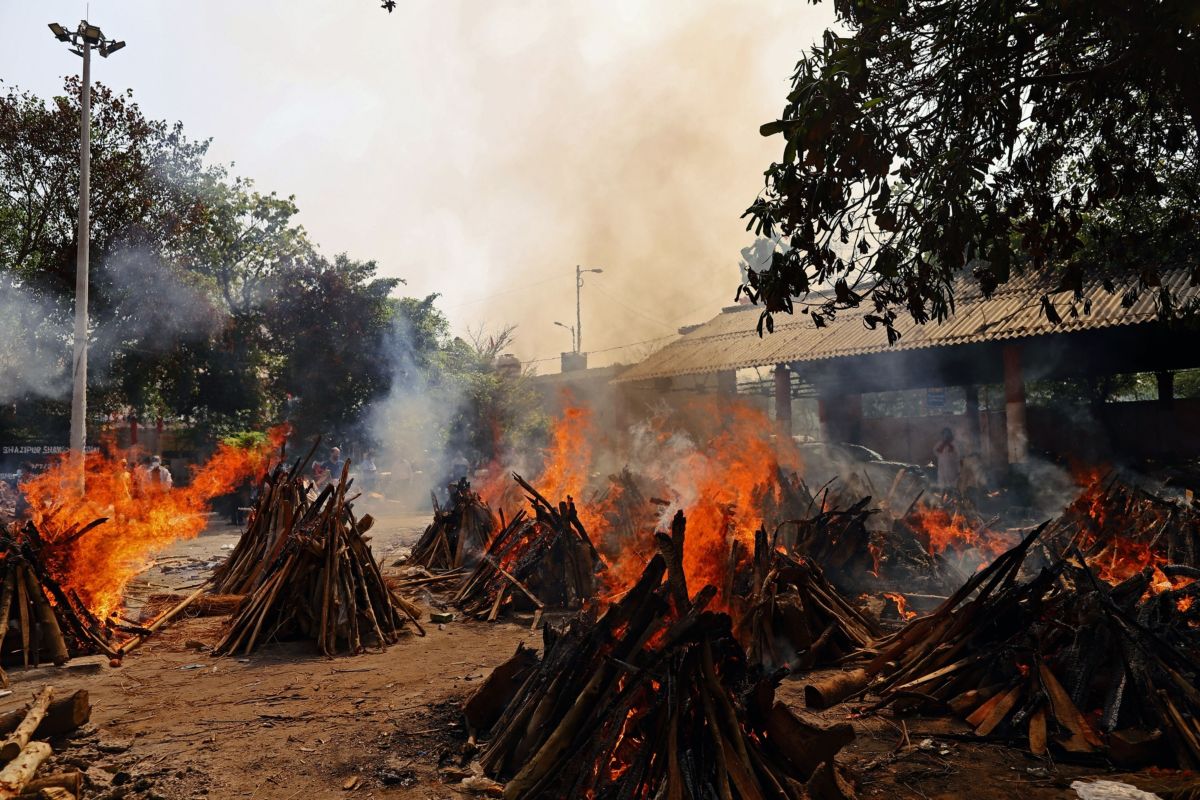 A social media post by China’s top law enforcement body juxtaposing the country’s successful launch of a module into space with grim cremation pyres in India was deleted after it sparked online criticism in China.

Photos of the Tianhe module launch and its fuel burn-off were compared with what appeared to be a mass outdoor cremation in India, and captioned “China lighting a fire versus India lighting a fire.” The post on Saturday by the Communist Party’s Central Political and Legal Affairs Commission on its official Sina Weibo account was accompanied by a hashtag noting that new COVID-19 cases in India had surpassed 400,000 a day.

Later that day, it could no longer be found. Many Chinese social media users expressed shock and anger at the insensitivity of the post.

“We hope everyone gives attention to the Chinese government and mainstream public opinion supporting India’s fight against the epidemic,” China’s foreign ministry said in response to a request for comment. The office of the ministry’s spokesperson added that more supplies will continue to be sent to India in the coming days showing China’s support through practical action.

Official social media accounts should “hold high the banner of humanitarianism at this time, show sympathy for India, and firmly place Chinese society on a moral high ground,” Hu Xijin, editor-in-chief of Communist Party-backed Global Times newspaper, wrote on Weibo commenting on the deleted post. Hu said such methods were not an appropriate way for official social media accounts to gain traffic.

”I don’t think we can expect a clarification from the Party account in question, but I do think there was no consensus on this post or else it would not have been removed so quickly,” said Manya Koetse, the editor-in-chief of What’s On Weibo, a site that tracks trends on the social media platform.

Ties between China and India have been rocky in recent months. A border dispute that killed dozens last year and hurt economic ties between the two nations has fanned nationalistic sentiment in both countries. Tensions remain despite ongoing high-level talks, with India most recently urging early disengagement from all friction points along the border.

That didn’t prevent President Xi Jinping from sending a message of condolence to Indian Prime Minister Narendra Modi on Friday and offering to provide assistance to help the South Asian country deal with a fierce surge in COVID-19 cases.

Another deleted post that first appeared Friday compared China’s “fire god mountain” – the name of the emergency hospital complex built in Wuhan – with a photo of a mass cremation in India on the official Weibo account of China’s Ministry of Public Security. It too was criticised, with social media users saying it was “morally problematic.”

Chinese Foreign Ministry spokesman Wang Wenbin said Friday that the Red Cross Society of China, local governments, non-governmental organizations and Chinese enterprises are “trying their best to collect the anti-epidemic supplies urgently needed by India, and deliver them to the Indian people as soon as possible.”

– With assistance from Tom Hancock.

WhatsApp Could Soon Allow You to Review Voice Messages Before Sending