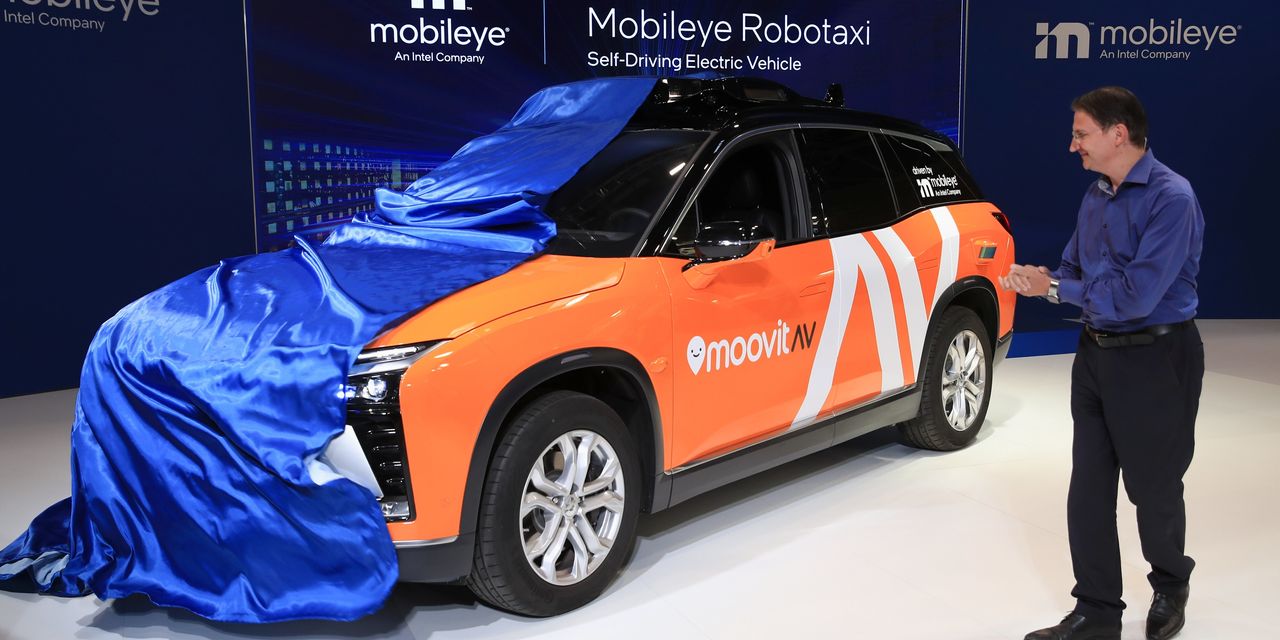 Cooperation between semiconductor companies and the automotive industry is moving into the fast lane, driven by a chip shortage and a recognition that cars are becoming ever-more digital.

More than a year into the crisis, executives from car and chip makers are establishing closer ties to address the shortage and working together to introduce new products. The shift was on display as executives from such chip companies as

flocked to Munich last week for an annual auto show, lured by the promise of selling chips for new car displays, driver-assistance features and other vehicle applications.

The chip crisis highlighted to car makers how dependent they have become on semiconductors, but Intel Chief Executive Officer

told car industry officials at the event Tuesday that the appetite of the auto industry for processors is making it a more critical customer segment for semiconductor companies. A fifth of the cost of the materials that go into making premium-segment cars, he said, would be semiconductors by 2030, up from 4% in 2019.

“We need you, and you need us,” he said at the event. “This is a symbiotic future that we are off innovating and supplying as the automobile becomes a computer with tires.”

Even as cars started to sport more chips in recent years, the relationship between auto and chip makers often remained indirect. Car makers largely relied on their parts vendors to buy the chips their vehicles needed. That disconnect contributed to the auto industry’s chip crisis of recent months, car and chip-industry executives have said. Those ties are being reset, industry officials are now saying.

told The Wall Street Journal last week that the company was now in direct contact with chip makers to monitor supply. The German company’s luxury-car business, Mercedes-Benz, has had to juggle chip supplies, encountering delays for some models and giving priority to its most-profitable vehicles for processor allocations.

chief executive of the mobile-phone-chip company Qualcomm, said Wednesday in Munich that the deployment of superfast 5G communications networks would help enable new car features, including the deployment of self-driving cars. Car companies, he said, “should all be seen as technology companies and part of the tech sector.” That means auto makers need to have direct ties to tech companies, he added.

new electric cars. The chip company agreed in January to expand its work with

on digital-cockpit and driver-assistance features. In another sign of Qualcomm’s interest in the automotive sector, the company last month started a $4.6 billion bid for the Swedish auto-technology company

Analysts expect that the chip and car industries’ interdependence will only accelerate. The research firm IHS Markit Ltd. estimates that the automotive chip market will be worth around $85 billion in 2027, up from around $52 billion this year.

At the car event, Mr. Gelsinger said Intel would start a robotaxi service using its Moovit mobility app it acquired a year ago for about $900 million and leveraging the self-driving technology of Mobileye, its roughly $15 billion bet on the automotive sector four years ago. Mobileye, an Israeli autonomous-driving company, supplies technology to established auto makers including BMW AG and

for their driver-assistance features.

SE. Mobileye will own and supply the autonomous cars, and Sixt will maintain them.

With the distinction between cars and tech blurring, Ford said last week that it had hired

executive, to be its chief advanced technology and embedded systems officer, reporting directly to Chief Executive

Tesla said last month it is developing a supercomputer in-house to run the calculations to train the software for its vehicles in an effort to advance its own driver-assistance technology.

Nvidia, the U.S. chip maker with the biggest market cap, is betting that cars will become a growth center. Danny Shapiro, Nvidia’s vice president of automotive, said recently that the company has a $8 billion auto-business pipeline over the next six years.

“We’re investing, and we realize it’s a long-term game and the business opportunity is huge,” he said.

For car makers, though, the near-term focus remains on the dearth of chips to put in the current generation of vehicles.

said last month it would idle more than a third of its factory capacity as it coped with chip issues, after it successfully weathered the earlier stages of the crisis.

has said the chip shortage could remain critical for another year, while

has warned that the auto industry would struggle with chip shortages for years.

Chip makers are responding to help mitigate the pain. Intel said Tuesday it would dedicate some manufacturing capacity at its plant in Ireland to the automotive sector. Robert Bosch GmbH and

are also responding by expanding capacity.

—William Boston contributed to this article.

Loading...
Denial of responsibility! TechiLive.in is an automatic aggregator around the global media. All the content are available free on Internet. We have just arranged it in one platform for educational purpose only. In each content, the hyperlink to the primary source is specified. All trademarks belong to their rightful owners, all materials to their authors. If you are the owner of the content and do not want us to publish your materials on our website, please contact us by email – [email protected]. The content will be deleted within 24 hours.
AAPLAppleautomotiveC&E Industry News FilterCarchipclosercollaborations
Share