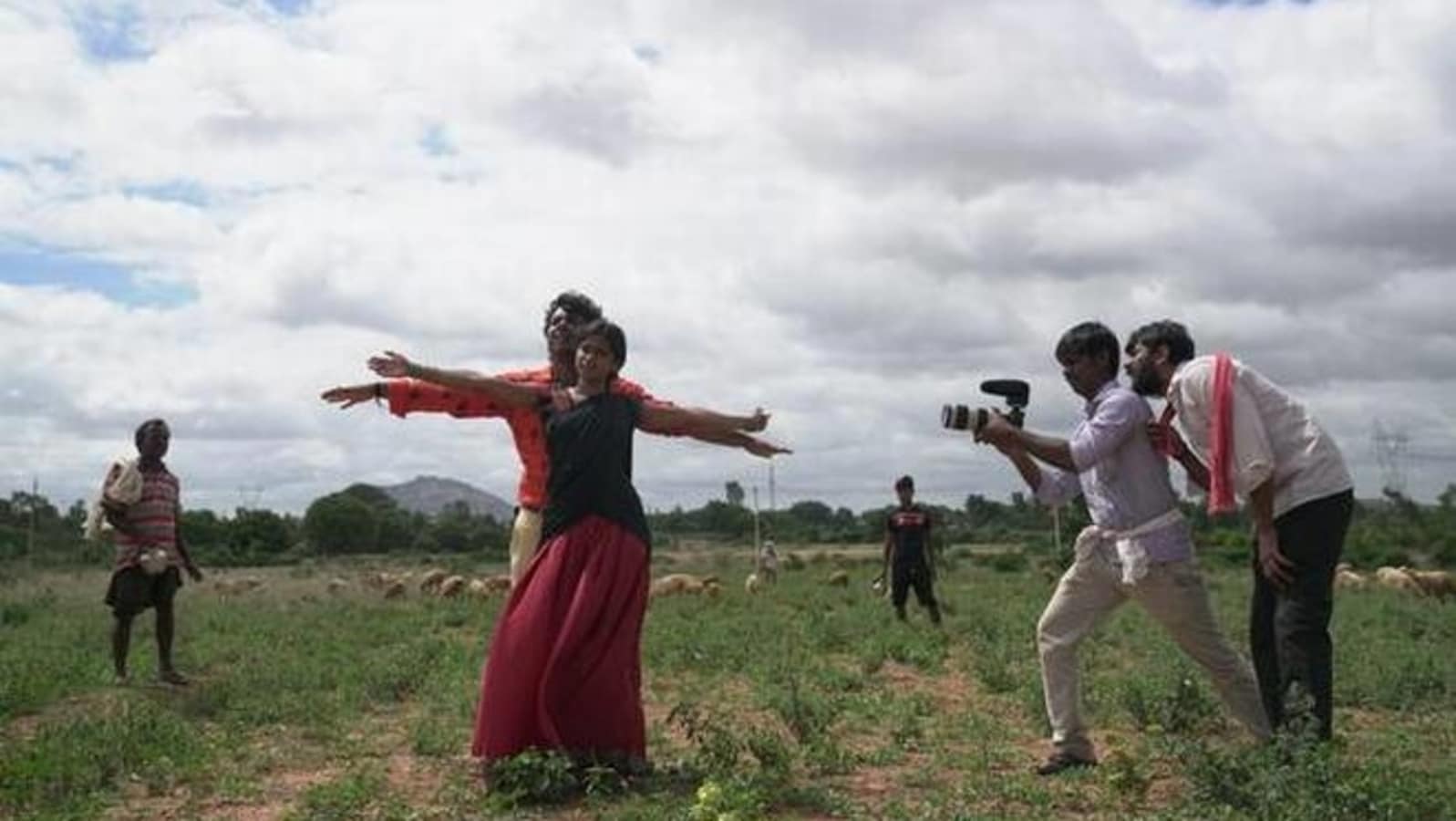 Filmmaker duo Raj & DK produced Cinema Bandi, which premiered on Netflix India, is built on a simple premise – anybody can be a filmmaker…at heart. The film is a heartfelt tribute to independent cinema, usually made with all heart and by successfully defying the industry norms to be widely accepted and celebrated. The film celebrates the spirit of making movies and how it can make or break lives.

The story is centered on Veera, an autorickshaw driver who earns enough to just make ends meet. When he gets his hands on a high-end camera that gets left behind in his auto; he dreams of shooting a movie with it in his village. He gets influenced by a television report that claims several low-budget films with no stars have been making a killing at the box-office. Convinced that making a movie can change their lives altogether, Veera motivates a few people in his village to join him on this mission. What begins as an amateur dream to make a movie soon translates into hope, tears and drama.

Cinema Bandi is rooted in reality and it brims with the kind of energy we rarely witness in mainstream cinema. Even though it is mostly made to look like a comedy, the film has enough moments to tug at your heartstrings and leave you teary-eyed. It has better female characters than most mainstream movies. When Veera decides to make a movie, his wife quietly takes up additional work to support the household financially. One heroine, who sells vegetables for a living, doesn’t like to play a character who waits for the hero to come to her rescue. These are women who are not soft-spoken, and despite being raised in a village, they have a strong presence.

The film gives a deep insight into the urban-rural divide and has scenes interspersed beautifully to highlight the difference. For instance, Veera and his crew find some footage on the camera shot by its original owner. There’s a shot of rain dance and they wonder how so much water is wasted just for the sake of fun. Cut to a few scenes later, we see that Veera and his crew leave everything whenever it rains and shoot those scenes that require use of water.

As the film gets made, every single person in the village gets involved in its making and contributes to its completion. There’s a beautiful scene where a slightly negative character in the beginning of the movie has a change of heart and comes forward to contribute. Guess what he wants in return? To have his name mentioned in the credits. Scenes like these are proof to the kind of impact cinema has on our lives.

Cinema Bandi is a sweet, little film that has so much to offer. It’s an out-and-out drama about the amateur filmmaking process; the joy and pain behind bringing these movies to life.

Loading...
Denial of responsibility! TechiLive.in is an automatic aggregator around the global media. All the content are available free on Internet. We have just arranged it in one platform for educational purpose only. In each content, the hyperlink to the primary source is specified. All trademarks belong to their rightful owners, all materials to their authors. If you are the owner of the content and do not want us to publish your materials on our website, please contact us by email – [email protected]. The content will be deleted within 24 hours.
BandiCinemaCinema Bandidramaentertainment newsEntertainment updatefilmsjoy
0
Share