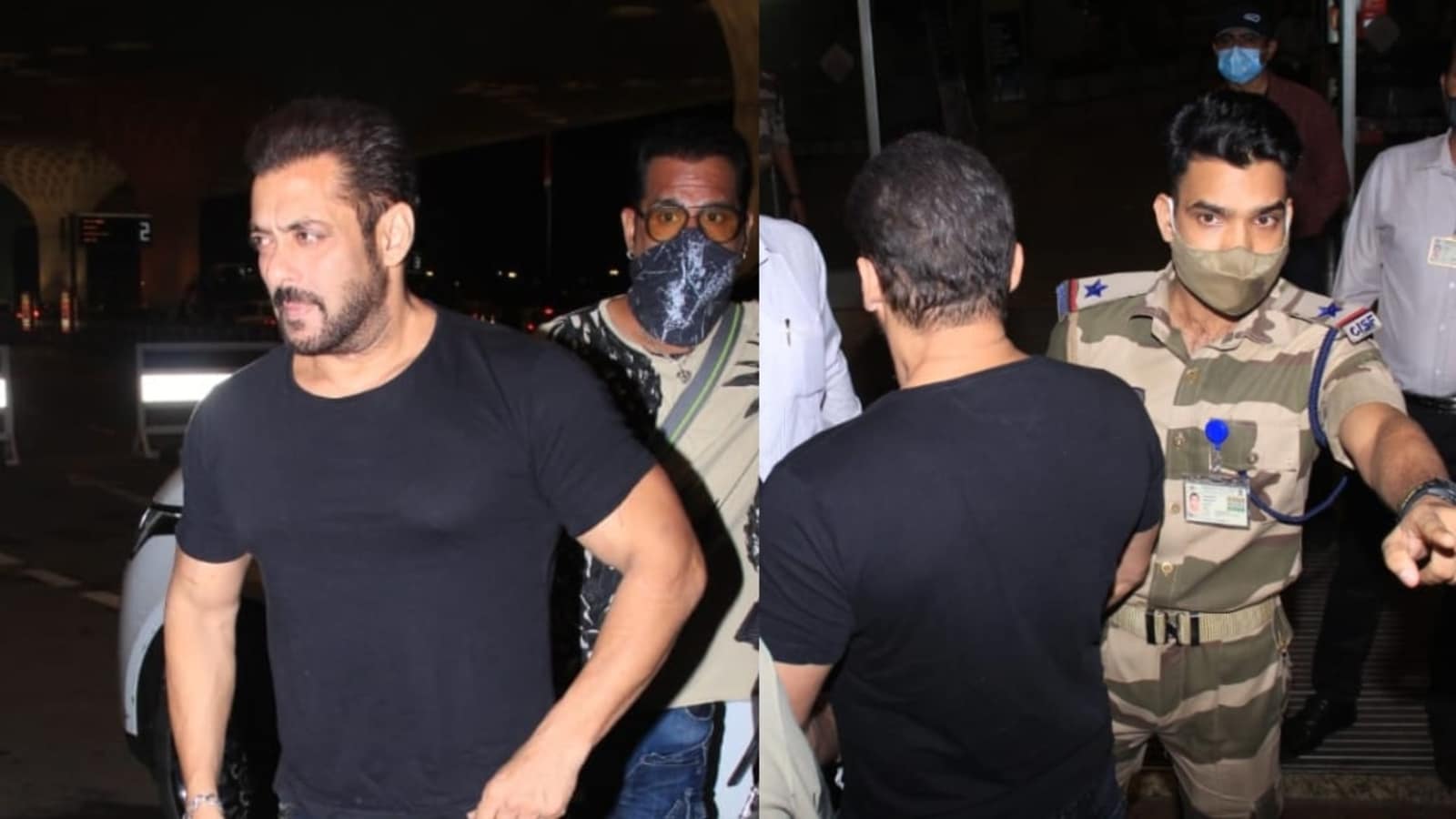 The CISF (Central Industrial Security Force) officer who made headlines after appearing in a paparazzi video which showed him asking actor Salman Khan to follow security protocol at the Mumbai airport has not been reprimanded, as per some reports. The CISF has said that the officer was ‘suitably rewarded for exemplary professionalism’.

An August 20 video showed Salman Khan arriving at the airport to travel to Russia, where he is currently filming Tiger 3. As Salman walked towards the airport terminal, as if to enter it, the CISF officer in question stood in front of him and gestured for him to first get clearance from the security check point.

His actions were lauded by fans in the comments section and on social media, but a recent New Indian Express report quoting another CISF officer suggested that the officer’s phone had been confiscated to prevent him from talking to the media.

The CISF tweeted in response to one such news report, and wrote, “The contents of this tweet are incorrect & without factual basis. In fact, the officer concerned has been suitably rewarded for exemplary professionalism in the discharge of his duty. @PIBHomeAffairs.”

The contents of this tweet are incorrect & without factual basis. In fact, the officer concerned has been suitably rewarded for exemplary professionalism in the discharge of his duty. @PIBHomeAffairs

In the days following the exchange, several pictures and videos of Salman Khan shooting Tiger 3 in Russia have emerged online. Some visuals showed him wearing a disguise, while others also revealed that his nephew, Nirvaan Khan, was working with him in some capacity. He also posed for selfies with fans.

Tiger 3 is the third instalment in the Tiger franchise, in which Salman stars as a RAW agent. The first film, Ek Tha Tiger, was directed by Kabir Khan, and the second film, Tiger Zinda Hai, was directed by Ali Abbas Zafar.

Loading...
Denial of responsibility! TechiLive.in is an automatic aggregator around the global media. All the content are available free on Internet. We have just arranged it in one platform for educational purpose only. In each content, the hyperlink to the primary source is specified. All trademarks belong to their rightful owners, all materials to their authors. If you are the owner of the content and do not want us to publish your materials on our website, please contact us by email – [email protected]. The content will be deleted within 24 hours.
AirportCISFentertainment newsEntertainment updateexemplaryKhannews updateofficer
Share