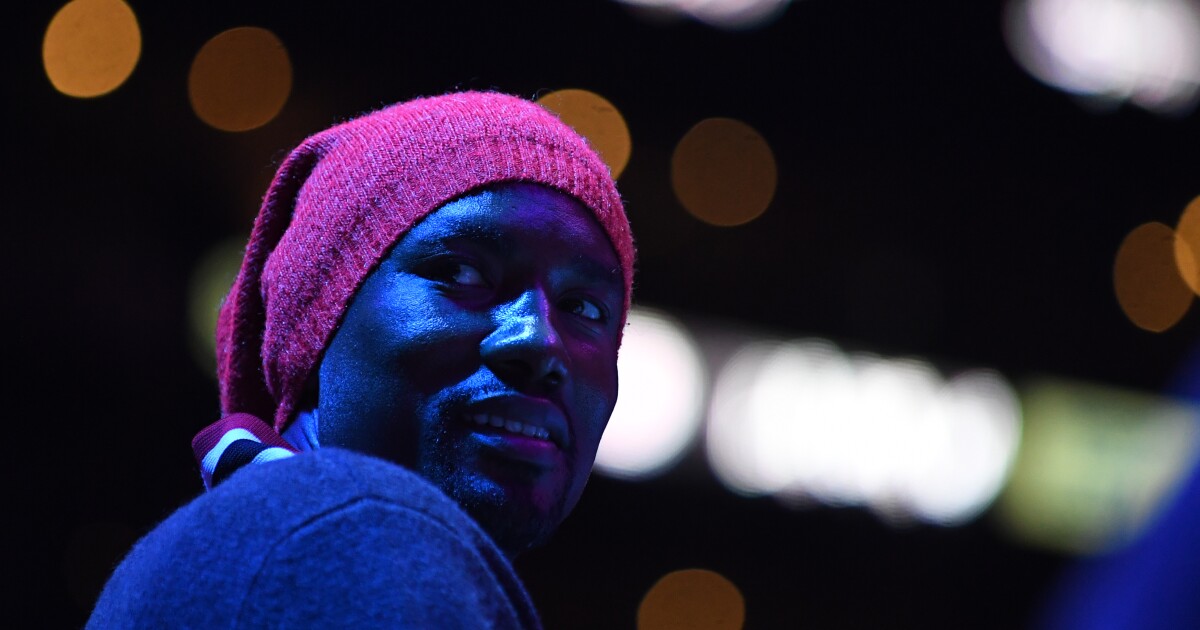 For an NBA champion who has earned nearly $130 million during his 13 seasons, the strategy was hardly by the book.

Except that it happened, largely, because of a book.

When Serge Ibaka returned to the Clippers’ lineup earlier this month for the first time since undergoing back surgery in June, the team didn’t roll out a red carpet into coach Tyronn Lue’s rotation. With Ivica Zubac established as the starting center and training camp invitee Isaiah Hartenstein an integral reserve, Ibaka played eight minutes on Nov. 7 and five more on Nov. 9.

Instead of sticking with a diet of meager minutes, Ibaka asked be sent to the franchise’s developmental league affiliate in Ontario, the Agua Caliente Clippers, where more opportunity awaited.

Ibaka’s request required him to set aside ego and pride to go backward in the NBA’s hierarchy in order to move forward with his recovery.

“One of the bigger reasons I decided to go to play the G League was reading this book, it’s called ‘Ego Is the Enemy,’” Ibaka said. “I don’t know if you know that book. That really — that’s one of the biggest reasons why I decided myself to go out there to play some time.

Ibaka’s bet is that his four-game stay, in which he averaged 15.5 points on 43% shooting, 9.3 rebounds and, most important to regaining his conditioning, 27.3 minutes, will be just an early chapter in a season-long story of a personal rebound. He is expected to return to the Clippers lineup this weekend, when they host Dallas on Sunday in the first of a two-game series that presents a rematch of the seven-game series that opened last season’s playoffs, a series in which Ibaka was barely featured before undergoing surgery to “clean up my disk,” he said in September, a procedure he said he would have undergone sooner, in hindsight.

“A lot of things were happening last year, a lot of information,” Ibaka said earlier this month. “It’s not necessary for me to say now. I don’t want to make some people look bad what happened last year, and now I’m good. Most important thing, I’m good and back, so I learned from that. I’m sure we all learned from that.”

Ibaka and the Clippers were steadfast that it was the center’s decision to play with the Agua Caliente Clippers. Lue said Ibaka has expressed that he “feels good, and that’s the most important thing.” Ibaka, who sat virtually the final three months of last season, acknowledged hearing “some comment making fun of me” for the unusual recovery route for a player of his standing, saying that such critics “don’t understand.”

How Lue doles out the minutes at backup center was a topic the coach didn’t want to broach Friday before a loss in New Orleans that dropped the Clippers to 9-7. But he has said in the past that he doesn’t want to play Hartenstein and Ibaka together. In Ibaka’s two games with the Clippers this season, Lue gave each backup minutes in the first half before going with the hotter hand after halftime.

Removing Hartenstein from the rotation isn’t an idea the Clippers love. When he and reserve guards Luke Kennard and Terance Mann play together, the Clippers have outscored opponents by 18.3 points per 100 possessions; the team average is plus-4.7 points, according to Cleaning the Glass, the NBA statistics database.

“If Serge is playing great, then he’ll play a lot of minutes,” Lue said. “That’s just how I coach. So you know, I think like you said, going down to the G League, and trying to get himself right, get his timing right, that’s huge, especially for an NBA champion, for a guy who’s made plenty of money throughout his career.

“A 13-year vet to go down to the G League to prove that he wants to get back and be right when he comes back. That means a lot to our team and to our organization.”

Even if Ibaka’s role isn’t guaranteed, Paul George believes the addition of another healthy option to a team riddled by attrition would only help.

“It does a lot, we got a lot of guys playing a lot of minutes, and doing a lot consistently,” George said. “It’s a relief, you know, it’ll relieve a lot of tension. Physically, emotionally, mentally. Just have another body out there.”

Update: Dallas star Luka Doncic missed his second consecutive game Friday because of a sprained left ankle and left knee. The Mavericks are coming off a loss in Phoenix on Friday that dropped coach Jason Kidd’s team to 9-6. They are 3-5 on the road this season.

Denial of responsibility! TechiLive.in is an automatic aggregator around the global media. All the content are available free on Internet. We have just arranged it in one platform for educational purpose only. In each content, the hyperlink to the primary source is specified. All trademarks belong to their rightful owners, all materials to their authors. If you are the owner of the content and do not want us to publish your materials on our website, please contact us by email – [email protected]. The content will be deleted within 24 hours.
ClippersegogameHoneIbakaLeaguenews updateput
Share

When endings approach, people choose the familiar over the…